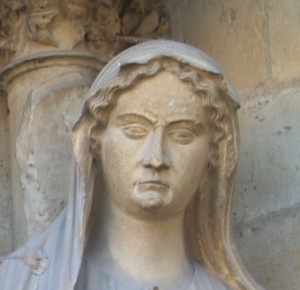 One of the long themes in Scripture is the divide between the priestly class and the prophetic class. Each of them expresses something of the divine purpose and each has a particular besetting sin to which they succumb when they lose touch with a living faith.

The priestly class upholds the form and ritual that has been mandated and commanded for worship. The prophetic class demands that the life of the nation must honour God through establishing social justice. When Jesus attacks the traders in the Temple he is acting prophetically. When he attends synagogue ‘as was his custom’ he is conforming to the priestly pattern.

By mentioning these things I merely wish to say that I am aware that an over-emphasis upon the priestly responsibilities at the expense of wider questions of justice is a temptation of the religious professional. My concern with regard to what has happened at St John’s Waterloo is that the priestly element to worship has been completely forgotten. That is, it’s not so much that Canon Goddard has done something wrong, it’s that he didn’t have any awareness that it was wrong. It is that absence of awareness that concerns me most.

After all, one of the most essential parts of a spiritually serious faith is the notion of the sacred. That there are some things which are more important than others, some places that are more important than others, and that these more important things are marked out as distinct and different in the life of the faithful. They are, indeed, named as sacred. Do not treat these things in the way that you treat other more mundane things. It is this difference in value between the sacred and the mundane that is the principal means by which a wider sense of value is inculcated. It is impossible to have a Christian virtue tradition, in MacIntyre’s terms, without some sense of the holy and the sacred.

In the life of the Church of England, this has included land – certain land, and certain buildings erected on that land, have been consecrated. That is, they have been dedicated to the worship of the God revealed in the life, death and resurrection of Jesus Christ. They have been set apart for that purpose. They have gained a quality of holiness. It would be fitting for us to take off our shoes before entering into the holy space, as Muslims do before entering into a Mosque, and as Moses did before the burning bush.

With the consecration, certain acts become prohibited – and those prohibited acts are those that profane the sacredness of the space. Specifically, any act of worship which is not of a Christian character would count as such, whether that service be Jewish, Muslim, Hindu, Pagan or Mormon. The sacred space has been consecrated to Christian worship – any other form of worship that takes place in that space is a breach of that consecration. This is not to say anything whatsoever about those other forms of worship, whether good or bad, it is simply to say that if such worship takes place in a place that has been made sacred for Christian worship then this is profanity, sacrilege and blasphemy. It must not be done, on pain of self-undoing.

(Now there are some exceptions to this blanket prohibition when it comes to ecumenical co-operation with other Christian denominations, when, as I understand it, it is possible to gain approval from the relevant Bishop to allow, eg, a Methodist service within an Anglican church. These points also do not apply to other non-consecrated spaces within a church complex, such as a church hall.)

Now there may well be times when, as a prophetic act, it is necessary to act against such a consecration, yet surely such an act would need to be done with a full awareness of the nature of the intended act, and a fully prayed through understanding of the likely consequences. I see Jesus in the Temple precincts as the paradigm form, and I see that as the specific reason why he was executed.

Now I have no desire to add fuel to the pyre on which a witch-hunt can find a conflagratory fulfilment. I think Canon Goddard might simply apologise and promise not to do it again, and that would be the end of it. What most appalls me about this episode is, as I say, the seeming unawareness that there is any issue here, and the way in which the discussion has been presented in terms of ‘hospitality’. If such language is to retain any sense then it must involve some level of respect to the host; most especially it must involve offering respect to those things which are considered by the host to be of utmost value, those things which are considered holy. The language of hospitality is simply inadequate as the governing description for what has happened. There is a barren and atheistic secularity to such reasoning that I find shocking amongst clergy, and it is this that makes me wonder – what is the point of a church that isn’t spiritually serious? That does not treat holy things as holy but rather, as simply incidental details to be discarded at the behest of any passing good idea?

I think a church that no longer has a sense of the sacred, and therefore of the boundaries of behaviour by which to police the sacred, has failed the Ichabod test, and the Glory of the Lord has departed from it. The consecrated space has become just another building, and then it doesn’t matter what happens within its walls one way or the other. God has left the building.