What a year! Everything changed.

This was the most important thing, in November… 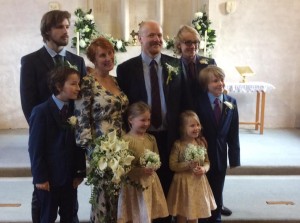 … Victoria and I had an excellent honeymoon in Vienna, despite missing our outbound flight (that’ll be the subject of a long blog post in due course). Enjoying cocktails in the Loos designed American Bar was a particular highlight. 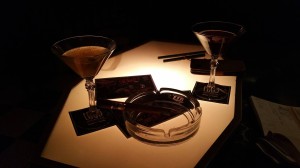 I now have six children and three dogs.

I also became a great-uncle. Not yet as white as Bulgaria.

Also important was finally implementing a major change in parish responsibilities, bringing my workload back into line with the local average – delighted to have a colleague with common sense!

Actually, I am feeling blessed through all of my colleagues at the moment, especially the local Bish. (Say it quietly, but I’m even becoming a fan of the Archdeacon…)

Had an excellent family holiday camping in July

Had a wonderful Greenbelt in smaller form. I’m more and more persuaded that it is my tribe, despite the fact that I’m probably a complete heretic on several of their shibboleths.

Managed to get some sailing in for the first in many years, including my first off-shore racing which was a fabulous experience – with one downside being the painful discovery that I have arthritis in my knees. They will need to be managed carefully.

Continued to press on with Panto and – influenced a long time ago by Graham – I performed as the dame back in January:

Overwhelmingly the worst thing, though, was the decision by my ex-wife to move to Wales and take two of the four children with her – still fighting that through the courts 🙁 which I’ve discovered to be a seriously incompetent organisation, to the extent of having an apology at the most recent hearing from the judge, as she was so shocked by what had happened. One day it’s a tale to be told.

Second worst thing (just) was the experience of applying for a mortgage with the Nationwide Building Society, for whom I have previously been a loyal customer/member for over seventeen years. Possibly the worst experience I’ve ever had with a bureaucracy – now in the hands of the financial ombudsman (I’ve become much more determined about seeing things to the bitter end these days).

Anyhow, the bad is massively outweighed by the good. Lots of fundamental structures have now been put into place which will allow me – and all of us – to flourish over the long term. I am eager to press on and pursue various specialist ministries in addition to becoming freshly embedded in Mersea church and wider life. We might even get another boat.