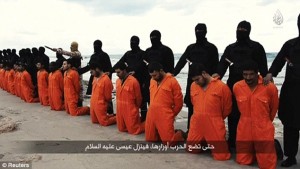 I write these words the day after the horrific terrorist atrocity in Westminster. Khalid Masood was a person who subscribed to a militant form of Islamic thought. As such, the attack on the civilians walking along Westminster Bridge fits with the pattern of other recent ‘attacks-in-the-name-of-Islam’ in Berlin and Nice.

The British Council of Muslims released a statement saying “We are shocked and saddened by the incident at Westminster. We condemn this attack and while it is still too early to speculate on the motives, our thoughts and prayers are for the victims and those affected. We pay tribute too to the police and emergency services who handled this with bravery. The Palace of Westminster is the centre of our democracy and we must all ensure that it continues to serve our country and its people with safety and security.” The head of the Council, Harun Khan, said: “This attack was cowardly and depraved. There is no justification for this act whatsoever.”

There are no grounds for doubting the sincerity of these words. From the earliest times of Islamic military conquest there have been clear guidelines prohibiting the use of force against non-combatants. The companion of Mohammed and the first Caliph, Abu Bakr, taught the Muslim army “You must not mutilate dead bodies. Neither kill a child, nor a woman, nor an aged man.”

Even more than this, surprise attacks – which the attack in Westminster certainly was – are explicitly forbidden. Does this mean, then, that we can share in the liberal consensus as articulated by Western leaders like George W Bush and trust that Islam is a religion of peace? That those who commit ‘attacks-in-the-name-of-Islam’ simply do not understand what it is that they are claiming to protect?

I believe that the situation is more complex than this and that British Muslims are slowly being impaled upon a painful dilemma.

In August 1996, Osama bin Laden was careful to issue a declaration of war against the United States, which was published in the London newspaper Al Quds al Arabi; bin Laden knew his theology! This fatwa (religious proclamation) can be seen as initiating our present experience of ‘attacks-in-the-name-of-Islam’. It was followed two years later by a further fatwa issued by bin Laden and co-signed by several others, amplifying and expanding the declaration of war, and including the following sentence: “to kill the Americans and their allies — civilians and military — is an individual duty for every Muslim who can do it in any country in which it is possible to do it…”

Given that bin Laden was scrupulously trying to keep to Islamic law and theology, how could he come up with such a conclusion? His answer, when pressed on this, was to say that killing of innocent lives was legitimate if it was understood as retaliation for the killing of innocents by the United States. The Koran is quite clear that proportionate retaliation is fully acceptable, surah 2.178 stating “O believers! retaliation for bloodshedding is prescribed to you: the free man for the free, and the slave for the slave, and the woman for the woman”.

There is therefore a debate within Islam about whether bin Laden and those who have followed in his footsteps are in fact theologically justified to apply the rule of retaliation to the question of murdering innocent civilians. It is surely beyond dispute that the United States and its allies (including the United Kingdom) have been killing innocent people across the Middle East, most recently through the extensive use of drones. Where this situation obtains, what is the response of a faithful Muslim to be?

Some Muslims believe that bin Laden is not justified in applying the rule of retaliation in this situation, some do. Within Britain, according to the most thorough recent survey (ICM for Channel 4, April-May 2015) some 4% of British Muslims believe that it is acceptable to use terrorism for political ends, including suicide bombing. This works out to around 100,000 people.

Khalid Masood was one of them.

The dilemma that British Muslims face is that the theological debate is not some abstract matter without practical consequence; rather it is one that will govern their relationship with the wider British society. Moreover, the need for that community to make a very clear decision and act on it will only become stronger over time, as more and more terrorist atrocities take place.

When the ICM poll results were announced, Trevor Phillips, former head of Britain’s Equality and Human Rights Commission, wrote this: “There is a life-and-death struggle for the soul of British Islam — and this is not a battle that the rest of us can afford to sit out. We need to take sides… There is one truly terrifying finding [of the ICM poll]. Muslims who have separatist views about how they want to live in Britain are far more likely to support terrorism than those who do not. And there are far too many of the former for us to feel that we can gradually defeat the threat… Muslims want to be part of Britain — but many do not accept the values and behaviors that make Britain what it is; they believe that Islam offers a better future. And a small number feel that these sincerely held beliefs justify attempts to destroy our democracy. Britain’s liberal Muslims are crying out for this challenge to be confronted. The complacency we’ve displayed so far is leaving them to fight alone, and putting our society in danger. We cannot continue to sit on the fence in the hope that the problem will go away.”

If we wish to fully address the problem of our home-grown terrorism we need to be much more robust in the assertion of our values. That will mean saying that some values are better than others, and therefore some belief systems – those systems through which values are taught and embodied – are better than others. We cannot combat terrorism without a vigorous reassertion of our own inherited beliefs and values. Ultimately, that means Christianity. It is a sign of the painful nature of the dilemma facing British Muslims that the peaceful majority will only be able to root out the violent minority if the wider community becomes much more devoted to a non-Islamic faith.

1 thought on “The dilemma facing British Muslims after Westminster”