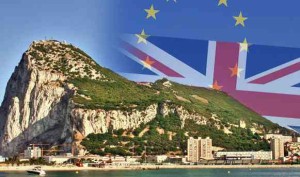 So the EU have thrown the future of Gibraltar into the Brexit negotiations. What a googly (curve ball for readers from across the pond). I trust that the British government will not give any ground on Gibraltar’s sovereignty – how to revive UKIP in one easy move!

If there is a mutually satisfactory and fully agreed settlement between the EU and Britain within the next two years then I will see it as a contender for the greatest diplomatic triumph in human history. Theresa May would deserve any and all accolades that would come her way.

Which is another way of saying – this is very unlikely to happen. To agree a trade deal with the EU – who don’t have a good track record of agreeing free trade deals – alongside settlement of bills and agreements on defence co-operation and all the rest of it – and then to get that deal agreed in each of the 27 nations (including sub-nation elements like Wallonia) – and to get the substance agreed within the next 18 months (so that there is time to get it legally ratified before the deadline kicks in) – I can’t see it happening.

Which means we need to start actively planning and preparing to shift to trading with the EU on the basis of WTO rules (which is what the United States does, for example).

This doesn’t actually worry me. I see this as being a much greater shock in the short-term, but probably much better for our national future, and economy, in the long term. Let’s get on with agreeing trade deals with the Anglophone community, India and Africa – there’s a very big world out there that we can now start playing in.

It will also add to the pile of burdens on the existing EU. Will it cause a final collapse? Probably not – but at some point there will be a straw added to the camel’s back. Britain is, at least, getting a head start on learning to live without the EU which will hold us in good stead and help us help other nations pick up the pieces when the collapse comes.

1 thought on “We need to plan for the hardest Brexit”