This one might be a bit controversial… (even Sarah Palin thinks that it’s wrong!)

There is much fuss about the proposal by Pastor Terry Jones to burn some copies of the Koran on September 11th. He is, understandably, coming in for a very great deal of criticism. Book burning is, historically, just one step away from people burning. It has also been used to intimidate and suppress opposition to the ruling hierarchy, and is pretty much as anti-Enlightenment as it is possible to get. How then might it possibly be a defensible act? Here is my line of thought (and, if it needs to be said, Of Course I Could Be Wrong):

I think that it is a sin to be offended; does that also mean that it is wrong to give offence? After all, that is what is at stake here. There is no sense that the intellectual content of the Koran is at risk of being obliterated for all time due to this action. It’s simply that it is extremely rude and “insensitive”. Other things being equal, it would clearly not be right to cause such offence – but are other things equal? I think not.

Sometimes it isn’t just defensible, it is actively right to give offence. After all, giving offence is simply refusing to share in the cultural nostrums of the time – it is to go against them, to break taboos. Sometimes this is mandatory.

Consider Jesus overturning the tables in the temple and grabbing a whip to drive out the traders and their cattle. This was undoubtedly a deeply offensive act – but it was also profoundly righteous, it was an act of prophetic drama concerned with demonstrating a religious truth. In effect, it was the toppling of an idol (the contemporary temple worship) in order to proclaim the higher truth (right worship of the living God).

In doing this, Jesus was drawing deeply on the main Scriptural tradition of prophecy. As Walter Brueggemann has so eloquently described, the first and foremost task of the prophet is to teach the people that things don’t need to be the way that they are. In other words, the foundational work of the prophet is to liberate the consciousness of the oppressed – for the liberation of their bodies (the Exodus) inevitably follows. To do this requires toppling the idols of Egypt – challenging them and showing that they have no power.

I think that this is the right context in which to understand the burning of the Koran by Pastor Jones. Put at its most basic (and from a confessedly Christian point of view) it is not the case that the Koran is the Word of God – that description is only rightly applied, in the end, to Jesus. The reverence offered to the Koran by faithful Muslims is therefore (however benign in the vast majority of cases) a form of idolatry. Where such things are less benign are where this idolatry is used to buttress all sorts of other evils – such as the khawarij doctrines of thinkers like Qutb.

To burn the Koran in this context is therefore a symbolic act of tremendous power. It is to engage with the war against the militant Muslims at the level of ideas and propaganda, which is (I would argue) the most important level if this war is to be won. It might be argued that this is, in fact, a self-defeating act of propaganda – that it will alienate the moderate Muslim, and simply increase the dangers faced by our soldiers on the battlefront. I don’t find such arguments convincing. This is not Abu Ghraib – which truly was an abomination – nor do I believe that it will make much difference to enemy soldiers who are already doing all that they can to kill Westerners wherever they may be found. Exposing the ‘gods’ of the enemy to ridicule is surely part of what it means to resist dhimmitude, after all, didn’t we do the same to the Nazis in World War 2? 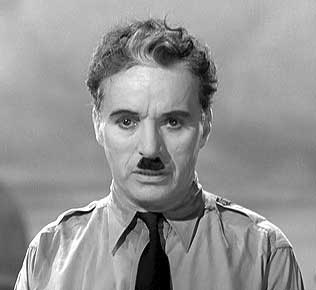 (‘Hitler… has only got one ball, the other… is in the Albert Hall’)
In other words, burning a Koran seems to be an act which might share in both prophetic righteousness and be pragmatically right in the context of resistance to the khawarij.

This is, I believe, to articulate something which has not been properly expressed by any of our leaders so far, which is about how we are to conduct this war. If it is true that this war is fundamentally a spiritual one, conducted at the level of ideas (principalities and powers) then we cannot succeed unless we are true to our own highest beliefs and ideals. Which means that whilst the burning of a Koran might be symbolically acceptable to show that it is not the Word of God, we can only give substance to this by demonstrating adherence to the true Word of God and what he taught. In other words it is absolutely imperative that we safeguard the well-being of that which bears the true image of God, ie the human being. We cannot allow a protest against idolatry to develop into a pogrom against people. If the Holocaust and all that led up to it represents the darkest heart of Western Christianity (which I believe) then we must do everything to ensure that it is never repeated. This means a rigorous regard for the human rights (civil rights) of Muslims in terms of their personal safety, but also a staunch regard for their personal property – including their Korans. A symbolic burning of a Koran might be righteous – to mutilate the Koran that belongs to a person, which has been used in their worship, to which they have become sentimentally attached – this is something else. It would be as if Jesus didn’t simply drive the traders out of the temple but that he gave each of them a bloody nose as well.

That’s why I think it might be defensible to burn a Koran on the anniversary of September 11th – it is a repudiation and ridiculing of the deathly ideology that slaughtered 3000 people. Yet it will only be truly righteous if it is also accompanied by a commitment to respecting the human and civil rights of Muslims. In the end we can only win by pursuing our best, not by indulging our worst.

27 thoughts on “In defence of burning the Koran”