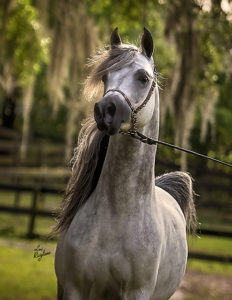 Theresa May has been leading the Brexit negotiations from a position of bad faith. Which is a damning thing to write as an opening sentence, yet seems an inescapable conclusion in the light of the Chequers agreement and the consequent honourable resignations of David Davis and Steve Baker. After all, Davis has been formally responsible for our negotiations with the European Commission as we seek to leave the European Union. It is now clear that Davis’ department – the Department for Exiting the European Union – was deliberately sidelined by May as a team reporting to Downing Street, led by a civil servant, prepared an alternative plan to that which Davis and his team had been working on.

The plan that Davis and Baker were working on was one that was developed in good faith. It was based upon the Lancaster House speech that Theresa May gave in January 2017, in which she explicitly sought to regain control over our own laws as a result of the referendum – Brexit meant Brexit at that point. Yet at the same time as those with formal responsibilities for developing our position were working openly, May was fostering a clandestine document (well, clandestine to Davis and Baker, it was shared with Angela Merkel in advance of being shared with the Cabinet).

This is bad faith. Why did Theresa May follow such a path? I do not believe that she is an instinctively bad or dishonourable person, so where can we identify the causes of such underhand behaviour? I believe that the answer is found in a simple word ‘establishment’. There is, after all, an immense bureaucracy which is the ‘continuing state’ in our government. Most of these voted to Remain in the EU, for that is the environment in which they have been formed, and on which, in many cases, their careers depend. These establishment attitudes are buttressed from outside by all the other seemingly permanent fixtures of the British political landscape, from the Financial Times to the CBI. As Jacob Rees-Mogg has put it, the establishment considers the vote for Brexit to have been a terrible mistake, and has therefore put all of its efforts into seeking to minimise the consequence of the decision taken by the British people in the referendum.

This is a path to disaster.

There is no benefit to be found in seeking to split the difference between the referendum vote and the inertia of the establishment. That leads us to the worst of all worlds – even Peter Mandelson agrees with that! The Chequers agreement compromises in too many ways, leaving the UK as a ‘rule taker’ and implicitly under the suzerainty of the European Court of Justice. In this scenario, Brexit simply doesn’t mean Brexit.

Imagine an animal caught in a trap. The animal can stay caught, or the animal can seek to sever it’s own limb and escape. What makes no sense is to apply medical methods to minimise the direct impact of the trap upon its flesh, to pretend that nothing has happened, that the trap falling upon its limb was simply an illusion that can be wished away.

Our governing establishment was caught in a trap sprung by the referendum vote. The only coherent and rational responses to such a vote are either: to explicitly repudiate it and overthrow it through non-democratic means, accepting that this would irrevocably destroy British democracy – or, to sever the wounded limb and act with freedom, accepting the losses to establishment interests.

That the establishment has not done so, that it has chosen instead to meekly submit to the framing of all the issues in terms set by the European Commission, represents the most colossal failure of imagination in our governing class since the ill-advised venture into Suez in 1956. It is into this failure of imagination that Theresa May has been seduced, and it is this that will destroy her, unless she is somehow brought to a realisation of her peril.

After all, it is not that we are short of visions of how life in our country might proceed outside the European Union, visions that are realistic and joyful, that act in harmony with our deepest instincts and traditions. The referendum was an expression of the most profound animal spirits of our national life. Imagine a stallion that has been put to work in the fields, that then catches the scent of a mare in season. The farm-hand is desperately trying to keep the stallion tethered, and the stallion doesn’t quite know what it is that has filled his nostrils – but he has begun to recognise that there might be more to life than pulling a plough. We are the stallion, and the establishment is the farm hand – and the farm hand needs to be placed upon his backside sharpish.

We are not a people that sit comfortably with rule from a foreign power, and the original sin of Ted Heath’s referendum campaign in the 1970s has led us directly to the situation that we are in now. We will not be able to move forward unless we act honourably, in good faith, with a well-ordered imagination oriented towards our future.

Some Brexiters – Michael Gove the most notable – think that the Chequers agreement is the best that can be achieved at this point in time. His horizon of calculation is the current composition of the House of Commons, where there is no majority for the harder, or I would say cleaner, forms of Brexit. This is despite the fact that 80% of MPs campaigned on the basis that they would respect the result of the referendum and implement it; and, more significant, the fact that over 400 constituencies have a leave-voting majority. I believe that it is a profound mistake to act on the basis of what parliament may or may not approve – parliament needs to bend before the choice made by the British people.

If the Conservative party sticks with this approach – that is, if the parliamentary party preserves Theresa May in power and she clings to this establishment compromise – then it will split, and rightfully so. Then, within a few years, a government will be brought to power that fully embraces the spirit of Brexit. If the conservative party doesn’t do so, another party will replace it. The governance of Britain will be inherited by the first party to fully embrace the spirit of Brexit, the first party that keeps faith with the choice made by the British people, the first party that is willing to lead our imagining of a better future.