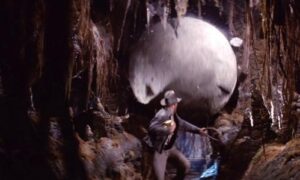 I’m pretty sure the image wasn’t original to me but it was nearly 12 years ago that I started to think in terms of there being a ‘bubble’ of mainstream opinion, and that I was outside of the bubble. The dimensions of the bubble became obvious to most observers in the UK when the bubble lost the Brexit referendum, and then spent several years trying to overturn the result.

The disconnect between those within the bubble and those outside has only increased over time; that is, the polarisation of views, the increase in the extremity of opinions voiced, the active embrace of previously unthinkable political positions, all of these developments have damaged our body politic, and I see them as unsustainable.

Most especially, the bubble has coalesced around the righteousness of the vaccines and – more in other countries than in England – an embrace of mandates. Before the developments around Covid-19 lockdowns were considered a very poor response to an epidemic virus, now they seem to be a default. A default that the bubble has embraced.

The image that comes to my mind now is that the bubble has become a boulder; those within the bubble are determined to impose their will upon society, and resistance will be crushed – more or less gently according to taste.

The boulder will itself end up smashed to smithereens as it is detached from reality – from the human and political realities most of all, but also – imho – the scientific reality around the vaccines. Time will tell on the latter front.

My concern is about how much damage will be done through that process, and how to mitigate that damage, how to increase the permeability of the bubble and enable communication between those who disagree, most especially with those who cannot see that they are within the bubble. (Yes, we are all within bubbles of some sort or another, that doesn’t negate this point. As has repeatedly been shown, conservatives understand the progressive point of view much more clearly than progressives understand the conservative point of view.) This is something that Psybertron has been writing about for a long time – how to have intelligent dialogue across the divides. A work in progress.