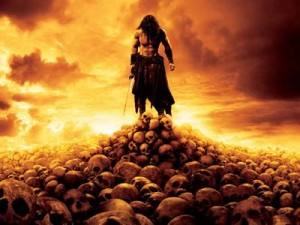 I write this a few days after the resounding ‘Oxi’ from the Greek people to the demands from the Troika. In previous years the EU has been able to overturn the results of referenda when they didn’t go in the direction wanted (as with Ireland and Denmark); something tells me that this won’t be possible this time.

Which means that there is every chance that the Greeks will leave the common currency very soon; that will be a glorious and happy day. The setting up of the Euro as a common currency was a politically driven project. It was argued for as a step towards a single state, with a common fiscal and monetary policy. The fact that a common currency wouldn’t be able to function without a central authority implementing those common policies was pointed out at the time, along with predictions of disaster if a single currency was put in place without such a central authority. Sadly such predictions were ignored, and those making them were ridiculed and marginalised, and now we are where it was reasonable to expect us to be.

The word ‘barbarian’ comes from Ancient Greek usage. It originally referred to a ‘tribal’ people, who were outside the ‘polites’, civilisation (think of it as ‘polite society’). So the barbarians were those who didn’t speek the Greek language and ‘babbled’. Over time it developed the additional meaning of someone who was simply uncivilised or uneducated, and it therefore became a term of abuse within Athenian politics. The barbarian was the person who didn’t share civilised values, who behaved like a monster – hence our inherited meaning of the word ‘barbarian’ today.

Yet who are the barbarians now? I notice, for example, that the cost of a full ‘bail-out’ for the Greek government is estimated at being some 320 billion Euros (I don’t want to say too much about the origin and responsibility for that debt, only to point out that it was accrued in order to save French and German banks, amongst others). Now compare that sum of 320 bn to the sums given in recent memory to the banking system, in order to preserve their private status. The UK government in September 2008 announced a total funding package of 500 billion pounds in order to preserve the financial industry. The US government’s total outlay on a financial rescue package, not including guarantees to institutions, is well over 5 trillion dollars. Barclays Bank alone, which boasted of not having to be bailed out, in the end received over £550 billion pounds of subsidy.

In other words, the actual cost of simply writing off all of the Greek debt would be small change compared to the enormous sums of money that have been used in recent years to prop up the world financial system. The decision on whether to help the Greek government out of its financial distress is a purely political decision, not a financial one. The decision is all about whether the Greek people are part of ‘us’ – the civilised world deserving of civilised care – or whether they are part of ‘them’ – barbarians, best left to their own devices, stewing in their own juice.

Clearly the mood in Northern Europe is to chastise the Greeks for borrowing profligately and spending recklessly, leaving those Northern Europeans to warm themselves with their own sense of pride in their fiscal rectitude. Of course, if we were thinking about proper fiscal virtue then banks that made reckless loans would be required to meet the costs of those loans themselves when they failed. A proper banker would exercise prudence and caution and assess whether someone who was borrowing money was in fact able to pay it back over time. This did not happen, for the simple reason that the Northern European economies did very nicely, thank you, out of an exchange rate that was much lower than it would otherwise have been, because it included less developed economies like Greece.

Surely it is now obvious to even the most obtuse observer that the EU is a system set up to further the interests of global financial capitalism? That it has very little to do with civilised values, and much more to do with making the world safe for the free flow of money? Rather than talking about barbarians, I keep thinking about ball bearings – those small, weight bearing spheres that need to be lubricated in order to keep the machinery working smoothly. That is what modern capitalism requires, to remove all the obstacles and friction that get in the way of the efficient workings of the market. Get rid of different languages, different currencies, different customs in order that the marginal cost of production can be reduced by the extra fraction of a percentage that maximises share holder value!

It amazes me when I hear progressive friends apologising for the barbarity that is the necessary consequence of the way that the EU has been structured. I only hope that enough people can see the truth about the beast that we also say a resounding ‘oxi’ when we get the opportunity.

5 thoughts on “Of Greeks, Barbarians and smooth ball bearings”