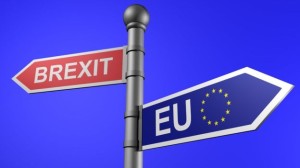 Much of the discussion about Brexit is fixated on the economics of the change. This is undoubtedly important, especially if there is no agreement at all – latest estimates reckon half a million job losses under that scenario, although that compares to some four million jobs created in the UK since 2010. I also wonder how many jobs are at risk through things like automation and robotics, in other words, what is the ‘churn’ of jobs and how significant an impact will Brexit have upon that. Then there are the questions of how far we can re-orient our economy to different patterns of investment and working and I end up thinking that this is simply a moderate shock to the economy, which will not mean very much over the next ten and twenty years.

In any case, all these discussions ignore the question of sovereignty, which remains the most important issue for most Brexiters. On that point it would seem that the relationship between the EU and the UK can now be seen in all its naked glory, or lack of such. This, I believe, will help Brexit in the long run, as I can see public opinion solidifying against the EU if they remain recalcitrant on things like opening discussions on a Free Trade Agreement. I would still expect there to be an agreement – it’s the closest to the maintenance of the status quo – but I’m not as confident as I was.

What I am most struck by, however, watching these negotiations, is the assumption that the EU will continue to exist in something like its present form for those next ten and twenty years. I am rather sceptical of that. I think the EU is facing some deeply unsettling and existential questions, and I do not see any sign of those problems being addressed.

Just today there are striking images of the crisis in Catalonia. The situation in Greece continues to destroy any claim for moral credibility on the part of the EU. The visegrad group continue to defy Brussels, in accordance with popular democracy but against the Commission’s wishes. Most fundamentally the Euro continues to destroy southern european economies in order to give Germany a helping hand as they break the law on economic surpluses. I believe it to be true that there is a great deal of ruin in a nation – and there is obviously a great deal of ruin in the EU – but I am pretty sure that the future for the UK, even without a free trade agreement, is much brighter than for the EU. I think there is a very real possibility that the EU in its present form will have ceased to exist within five years. If it has antagonised the UK in these negotiations, to the extent that opinion in the UK tends towards letting the Europeans look after their own defense, it doesn’t take a lot of imagination to see an EU that is mired in internal violent conflict and economic dislocation, vulnerable to power-supply diplomacy from the East and lacking any means to integrate or solidify their own internal political cohesion.

If I was Theresa May I would say rather explicitly – given the cool reaction to her Florence speech – that if discussion hasn’t started on the potential free trade agreement by Christmas then we shall proceed to trading on a WTO basis immediately on our exit in March 2019 – and we won’t pay a single penny after that. Germany will have to meet the bill, but for how long?