As 9/11 conspiracies are in the news again, here is a site which gathers together all the live coverage on the day.

There is no way on earth that Tower 7’s collapse was caused by fire! 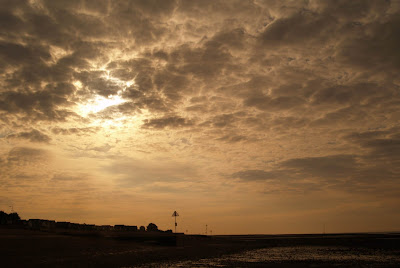 That or he was simply out of the loop. 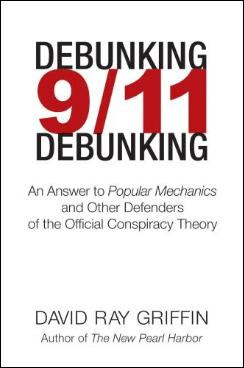 Interesting long interview with George Bush in the Telegraph here. There was one in the paper today with Blair, following on.

I’ll do a longish review of the David Ray Griffin books when I’ve finished the second – probably at the end of this week – but I just wanted to say that having pretty much exhausted my ‘head’ patience – ie explored all the things I’m interested in sufficiently – I find I can’t fully swallow all the “9/11 truth” conspiracy stories. I think there are legitimate questions to raise, which need answering, but I find both a) the official story unbelievable, and b) the conspiracy story largely unbelievable. I just can’t believe that publicly elected officials (ie Bush) could be that wicked. So the answer must be ‘mu’ (unask the question).

I’m also convinced of the civilisational clash between the West and the Islamists, and that that is one of the fundamental truths revealed by 9/11. So there is a large part of the official narrative of recent years that I buy into, even if it does play to the interests of the ‘new Pearl Harbour’ crowd. 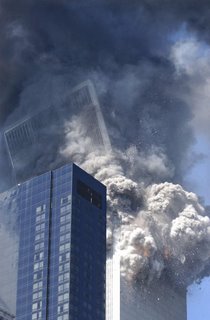 The above picture shows one of the world trade center towers, with the top levels toppling across as it collapses.

The official report would have you believe that in the next moment, the fires within were sufficient enough to vaporise all the steel of the toppling part, so that the momentum of this vast mass of material is lost – for otherwise there would have been a very large chunk of building falling down to the ground – OUTSIDE the footprint of the twin towers.

Alternatively, the very well understood processes of demolition were applied, the falling top part of the building was collapsed from within, and so the disintegration did not fall outside the footprint.

Having thought about Peak Oil quite a lot recently, the question can be phrased in terms of energy. In order to vaporise that amount of material, and to do it in the mere seconds available, a certain amount of energy would need to be applied. So far as I’m aware, the only energy available within that falling top is gravity and the residue of the fire at its base.

One explanation is reasonable. One requires the suspension of disbelief.

Gravity is the gravamen.

Update: see this page for a more detailed analysis of the speed of descent.

Update 2: this is blackly amusing.

Update 3: this is a very good site which debunks a lot of the conspiracy theories. But even it says that the Pentagon wasn’t hit by a 757….

After One Salient Oversight‘s request, I’ll say a little bit more about what made me change my mind.

Firstly, the attack on the Pentagon has always struck me as odd – where is the plane? Where were the engines? How could a 767 cause such a small amount of damage? Why is there no footage of the plane striking the Pentagon? Thing is, this would be a trivial ‘conspiracy theory’ to refute – the footage taken from security cameras in the vicinity would show what happened, and they have been confiscated by the US government.

What has really persuaded me, though, is the analysis of the collapse of the two towers. I had seen a TV documentary about the collapse, which essentially told the ‘pancake’ story, ie the impact weakened the floors, causing a sequential collapse from the top down. This persuaded me at the time. What changed my mind are really simple physical points:

1) the steel would not have melted (the fire would not have been hot enough);
2) even if the steel had melted (or been weakened sufficiently), the towers would have fallen in the path of least resistance (ie fallen over, sideways), rather than the path of most resistance (ie straight down); and
3) the speed and comprehensiveness of the collapse – at effectively the same speed as a rock falling in air – shows that there was no resistance from the lower floors.

I’m really not prone to conspiracy theories. I’m sad enough to have read through the 9/11 commission report, and I was quite willing to accept that as the truth. Even now, if someone could persuade me that a plane could have caused the collapse, I’d much rather believe the official story. I no longer believe that the planes caused the towers to collapse – and therefore lots of other dominoes start to fall.

(NB the wikipedia article, and various links that I’ve chased up in the last ten minutes or so, don’t go into detail about the ‘fire’ and how it could have caused what took place, especially point 3) above. That’s the real kicker for me. I’ll keep looking though.)

Update: this is the best article discussing the physics of the collapses that I have come across.

And it’s annoying because just writing that sentence makes me feel like an absolute lunatic. I feel I’ve just stepped outside of the acceptable bounds of social discourse; I’m no longer a reasonable person. Everything I now say and think will be tainted by a sense of ‘oh yeah, he’s that guy who thinks Dick Cheney blew up the twin towers…’ – and thus my ‘voice’ is eclipsed.

And it’s annoying because I supported the attack on Iraq, and now I wonder ‘have I been had?’

Yet you have to pursue the truth, whatever the temper.

This line of thought was prompted by viewing this video, kindly linked for me by Sven, although it had been building for a while. Too many unanswered questions, which need answering….

UPDATE: for what it’s worth, I no longer believe this 🙂