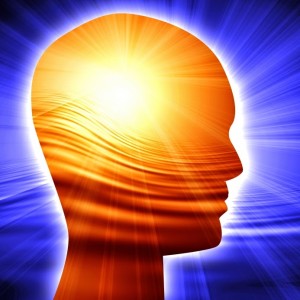 Following encouragement from the church hierarchy, in January this year I began a Professional Doctorate in Practical Theology through the Cambridge Theological Federation. It has taken me a while to get back up to speed academically – quote from my supervisor ‘this sounds too much like a blogpost’ – but things are falling into place, and I’m starting to feel that a part of my soul that has been locked in a box for about twenty years is emerging slowly into the light once again.

My area of interest is to do with the overlap between psychiatric care and spiritual care, with, possibly, a particular focus on deliverance ministry. I’m particularly interested in the conceptual foundations of psychiatric diagnosis (ie what are psychiatrists actually doing when they diagnose someone) and comparing and contrasting that with the Christian notion of the cure of souls, so: where do they correspond or overlap, where do they contradict or have tensions? I’m very interested in the Critical Psychiatry Network, and a big fan of Joanna Moncrieff’s work. The trigger for the research was a series of particular pastoral problems both in the parishes here and more widely, hence the ‘Practical Theology’ part. I’m hoping, at the end, to have something which will be of distinct practical use for my fellow clergy.

I’ve now handed in my first essay – 7000 words on John Swinton’s Spirituality and Mental Health Care – and I might put some of that up on the blog. Yet what I need to do most is to start journalling my research; as my supervisor puts it, don’t get it right, get it written! So there will be a significant increase in both the number of blogposts and their academic calibre! I’m looking at depression next. 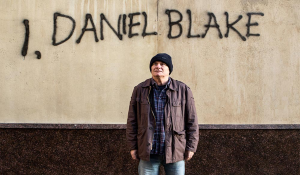 I recently watched, and greatly enjoyed, the Ken Loach film ‘I, Daniel Blake’. This is a deeply moving portrait of a good man crushed by an inhumane and incomprehensible system. It might seem strange that a conservative is so sympathetic to such a classically socialist visionary as Loach – but that is because conservatism is generally greatly misunderstood, not least by the Conservative party itself!

To be a conservative is to be concerned above all with the husbanding of resources. I prefer that phrase to one that means something very similar – ‘the preservation of capital’ – because it is not only a more traditional expression, it is also one that is less likely to trigger premature associations with the word capitalism, with all the things that go with it.

The resources that need to be husbanded fall into four principal areas.

The first is economic, that is, all the various forms of financial wealth and property that our society values. This form is most easily associated with a conservative point of view, and runs alongside a respect for the rule of law and a high regard for private property and the rights associated with it. This approach, when taken to an extreme, shades into forms of libertarianism, whereby the state is only deployed in order to ensure the rule of law and such other elements as are essential to the continuity of the rule of law (such as the police and the armed forces). Libertarianism and conservatism are not the same, principally because conservatism also values three more forms of resource.

The second resource which conservatives seek to husband is ecological. Under this heading would come all the shared physical goods that a community enjoys that aren’t owned privately (or that only have private consequences). Much that comes under the heading of ‘green concerns’ has a natural connection with this area of conservatism, that is, everything which seeks to conserve our natural environment and preserve it in good repair. So a bias against pollution, a recognition of the need to preserve clean air and water, the preservation of species and biodiversity, all of this and more is conservative.

A third resource is social, and my favourite way to think of this form of resource is to think of Edmund Burke’s ‘little platoons’. These are all the ways in which human beings gather in order to seek mutual enrichment, and together these make up the very real and important human good which is called society. Under this heading would come things like the MICA centre, or the Lions, or Blindspot – activities and organisations and institutions which bind people together with mutual support. Much of what makes human life worth living falls into this section.

In the conservative vision, all of these forms of resource can be husbanded harmoniously together – so the preservation of our natural environment enables human beings to thrive and contribute to the social organisations which strengthen mutual trust and thereby ease the commercial endeavours that enable our prosperity – which then helps to pay for better care of the natural environment and so on. In a healthy society these things all work together in a virtuous circle, each one reinforcing the other.

Given this, how has Conservatism come to be seen as ‘nasty’ and uncaring? In many ways – as portrayed in the Loach film – the consequences of Conservative policies have indeed been despicable, but that is because they have been deeply anti-conservative, and have manifestly failed to husband the sorts of resources that I have described above.

I understand this through the use of my estate agent metaphor. I mean no offence to estate agents in using this (the estate agents I have had to deal with have always been very civilised people) but merely to bring home a clear distinction. If you sell your home then you are also letting go of a place which contains all sorts of sentimental attachments, memories and meanings. None of these are relevant to the price that an estate agent will place upon the property, for they are not relevant to the person who will be purchasing it.

In the same way, the problem with so much Conservative policy in the last few decades has been an over-emphasis upon the first form of resource described – financial – at the expense of all the others. The Conservative party was taken over by cynics who knew the price of everything but the value of nothing – or at least, not the value of the other three forms of resource described above. One tragedy of Margaret Thatcher’s premiership was that ‘One nation’ conservatism became identified with a ‘wet’ economic perspective. I rather suspect that if the Conservative party is to regain its strength and morale that it will need a strong voice that is both deeply ‘dry’ and strongly ‘one nation’.

The tragedy of Daniel Blake was that he was caught up in a system that did not recognise the human and social resource that he was; he was not valued and the rejection killed him. A naturally conservative response to such a situation would be to call for a universal basic income – in order to properly value, nurture and affirm all the human beings in our society. To not do so is to conduct our common life in the manner of a transactional estate agent – such an approach might be Conservative, but it is a long way from being conservative. It doesn’t simply fail, it deserves to fail. 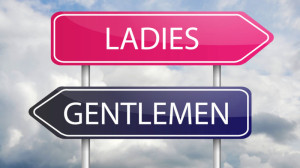 If you take the food bowl away from your dog once it has started eating, it will probably resist. It might even bite. Sane dog owners recognise that to do such a thing is not just stupid, it’s cruel.

Imagine a conscientious vegetarian – someone who has always enjoyed red meat but who has become convinced by the moral arguments that killing animals for sustenance cannot be right. Now imagine someone that knows this person well sitting down in front of them with a perfectly prepared steak. I would imagine the vegetarian would not bite, but it would still be a potentially cruel and insensitive thing to do.

So what of men, who have distinct bodily appetites, and in the best of whom there is a wrestling with those appetites in order to function well in society and generally be a blessing to women not a curse?

In a perfect world all men would be in such control of their appetites and drives that women could say or do whatever they wished without risk of any adverse consequences of the relevant sort. That especially applies to what is worn.

However, we do not live in such a perfect world. We men are simple creatures of flesh and blood, and will therefore tend to react in certain very obvious and understandable ways when our buttons are pressed.

As with the dog food and the vegetarian, this can sometimes be manipulated for cruel purposes.

For my part, I actually think that Mike Pence has a good point. In the context of an increased awareness of safeguarding issues, this sort of chaperoning is clearly the way forward. More than this, I suspect that the medium-term answer – that is, for so long as men struggle with their own sinful desires – is to segregate sinful men from all possible temptations. We need a return to male-only spaces, within which men can do their work without any risks to women.