Whilst my brain barely nudges out of neutral at the moment (although I have a double book review to do for the Church Times by Friday), I’m still reading a fair bit. Some interesting links:

One of the reasons why I think it’s wrong to be a partisan re Israel/Palestine:

The Dreyfus model of skills acquisition. There aren’t many things I’d claim to be proficient in using this model.

The end of contrarianism. Interesting, as I’m somewhat that way inclined 🙂

Re: the Holy Father’s attempt to recruit some elements of Anglo-Catholicism, I thought this was funny and this was to the point.

And finally, something I’m looking forward to purchasing one day.

Slowly working my way through these and it becomes clear how far Connelly is developing in the mastery of his storytelling art, each one more satisfying than the last. 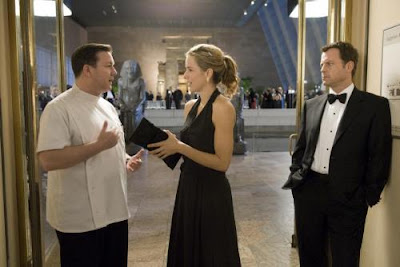 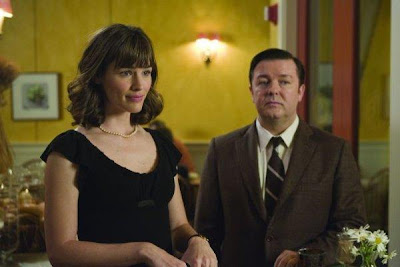 Religious satire from a humourless atheist. 3/5

First off, if it wasn’t clear from my preceding post, I do agree a very great deal with what Rowan said, and if I had been there I’m sure I’d have found it exciting and inspiring to hear him speak in these terms. My difference with him is subtle, but, IMHO, significant nonetheless.

At one point, Rowan says this: “Hulme is right surely that the scale and complexity of the challenge we face mean that no one solution will suffice. We need to keep up pressure on national governments; there are questions only they can answer about the investment of national resources, the policy priorities underlying trade, transport and industry and the legal framework for controlling dangerous and destructive practices.”

From my perspective, political activism at this point is somewhat nugatory. When the discussion about the Limits to Growth first came to public prominence nearly forty years ago I think that there was a tremendous opportunity for political engagement to make a difference. I believe that if the message of LTG had been heeded at that point in time then the possiblity of maintaining ‘the world as we know it’ was strong.

We are not at that point. Despite a very great deal of environmental activism through the ensuing decades, the trajectory of our civilisation has not been changed and I believe that a more-or-less ‘hard’ crash is inevitable. Actually, ‘inevitable’ is still the wrong word – I believe that the hard crash has begun, and that we are going to spend the next fifteen to twenty years living through what could be called ‘world-historical-events’ – at least the equivalent of World War II, although I retain a selfish hope that England might be spared the trauma that it experienced at that time.

I feel that political engagement (on the large scale) is rather like wrestling for control of the steering wheel _after_ the car has gone over the edge of the cliff. It is a pointless exercise. In other words, don’t try and grab control of the wheel, try to ensure that the seatbelts are secure and the crash bags are functioning properly. Or, as my favourite line from ‘The Day After Tomorrow’ has it, “that time has come and gone my friend… save as many as you can.”

Part of my perspective here is that the larger situation is chaotic and unknowable. Much is written from the climate change perspective about the chaotic side of things, but that argument so often proceeds from a narrow and ‘unaware-of-LTG’ perspective that it undercuts itself. The best example of this, for me, is the way in which the IPCC doesn’t take the peaking of resources into account. The interactions between the various different aspects of the crisis will sometimes exacerbate and sometimes mitigate each other, and this is one reason why I think climate change (on its own) is overblown as an issue. (Let me make clear, when I express scepticism about climate change, it is a little like someone saying of a crashed and written-off car – hey, at least the left wing panel is undented.)

In addition to this, one aspect that I am pondering is what the hospice movement has to teach us at this present moment. I accept John Michael Greer’s distinction between ‘problem’ and ‘predicament’ and what is at stake is how we are going to respond to the predicament, not how we are going to solve the problem. (Rowan was sharp on this point: “Mike Hulme’s book is helpful as a warning against too readily buying in to extravagant language about ‘solving’ the problem of climate change as if it were a case of bringing an uncontrolled situation back under rational management, which is a pretty worrying model that leaves us stuck in the worst kind of fantasy about humanity’s relation to the rest of the world.”)

So, gathering these threads together, I believe that what we are called to do – as Christians – is not to focus upon what will ‘solve’ or ‘fix’ or even ‘address’ any of the manifold aspects of the crisis. I believe that God is in the crisis, still working to reconcile the world to himself, and that it is way beyond any individual or group of individual to pretend to “solve” all the aspects of our situation. To put this in another way, I do not believe that we are “responsible” for the world, or to keep the world in good order. When Rowan talks about “a rediscovery of our responsibility for” the material world then I start to feel uncomfortable.

Part of the problem – what has led to our predicament – is a sense of humanity being mightier than it is. As Byron put it “God may and does call us to a role of responsibility for one another and his good world. But to believe that we bear the full burden of the future of life is another form of human hubris, and like all hubris, it will eventually crush us.”

You could say – to change my metaphor somewhat – that we have been swept by a current into a tunnel and we don’t know how or if we are going to come out. What we are called to do in this situation is exercise a very great deal of faith in God’s purposes for us, and cleave to his intentions for our small scale patterns of life. As Rowan himself says, “we ought to beware of expecting government to succeed in controlling a naturally unpredictable set of variables in the environment or to produce by regulation a new set of human habits. We need equally, perhaps even more, to keep up pressure on ourselves and to learn how to work better as civic agents.”

In other words, what is not pointless – and what I firmly believe is a Christian duty at this point – is to be “politically” engaged at the local level, principally through the Transition Town process, and to actually change our patterns of life – in the sorts of ways that Rowan hinted at (eg gardening). Martin Luther’s teaching – if the world were to end tomorrow I would still plant a tree today. Our relationship with God, and our relationships with our neighbours, are not abstract and can be directly meaningful in a way that striving for a particular global outcome simply isn’t.

This is why Jeremiah is our guide. He was chastised by God for trying to intercede on behalf of the Jewish people, to try and prevent the immense suffering that they were about to experience. It was too late for that. Jeremiah was called to be a witness, to be a sign that God had not abandoned the people and that there was still room for hope (I particularly resonate with the way in which he purchased land as a pledge of what is to come – very timely for us I believe). That is what I think we need to do – change the world from the inside out, start to live differently in the here and now, not be distracted by fantastic tales about what may or may not happen (including mine), and trust that if we are right with God then he will be right with us – that his grace is not exhausted or his mercy spent, and that, perhaps, enough righteous men will be found in Sodom to stay his hand.

In a way rather similar to what I’ve been banging on about for the last few years.

Rowan says “We do justice to what we are as human beings when we seek to do justice to the diversity of life around us; we become what we are supposed to be when we assume our responsibility for life continuing on earth” and later “this surely is the main contribution to the environmental debate that religious commitment can make… it is to hold up a vision of human life lived constructively, peacefully, joyfully, in optimal relation with creation and creator, so as to point up the tragedy of the shrunken and harried humanity we have shaped for ourselves by our obsession with growth and consumption”, and later “What we face today is nothing less than a choice about how genuinely human we want to be”.

In other words, ‘Let us be Human’.

I do have differences with his perspective though, and whilst they will take a much longer post (even a book [grin]) to flesh out, I’d summarise it like this:

Rowan is still looking outwards – seeing the ecological crisis and saying we will not be fully human until we act in a way that safeguards creation. So safeguarding creation is the end purpose in mind. In this way, Rowan is channelling the Green perspective – giving a Christian spin to an agenda that is already in place.

What I want to do is look inwards. I want to give a fully Christian account of the ecological crisis. (See this and this.)

I see the ecological crisis as a symptom of two deeper crises, which are inter-related but still separable. The most important crisis is a spiritual one; we have forgotten God, we have succumbed to idolatry, and therefore wrath is descending upon us. The second is like it, namely this: we have abandoned any sense of social justice and our lack of concern for our neighbour is one of the prime drivers behind environmental catastrophe.

In other words, if we get our spirituality in order, if we worship God correctly, and if we safeguard the poorest amongst us, then the ecological crisis will be solved as a consequence of that.

I wish I could get a publisher… DLT? Continuum?

John Hobbins starting to look at human sexuality and the image of God, which is relevant to the marriage question (I’ll be returning to that soon).
Bishop Alan on the media; loved this “one message to angry vicars who feel misrepresented becomes “Forget Fleet Street. It simply doesn’t matter any more.” The Trafigura fuss brings home part of that point.
Joe the Evangelist on Mission and Worship (I disagree with Joe, but I’ll write separately about that).
Dave Keen links to this interesting polemic against celebrity culture. I think the rant is against a symptom rather than the cause though (the cause being, IMHO, the collapse of virtue diagnosed by MacIntyre).
BNP supporters are planning a bombing campaign, allegedly (h/t Chelmsford Anglican Mainstream).
Some gorgeous Rachmaninoff (I recommend checking that site regularly to get a fix of the heavenly).
Bishop Peter Selby on the Anglican shenanigans: “Protestations of our opposition to homophobia will count for little in an environment where our representative actions speak far louder than our words.” (h/t Wounded Bird)
Finally, for Al: one sense in which I am most certainly a liberal – and I should add, if home-ed becomes illegal, it’s one of the few things that would persuade dearly beloved to emigrate to the States (something I ponder regularly).

“the elevation of conscience over a catholic understanding of orders…”
One of many useful insights in Judith Maltby’s paper (re: the Act of Synod allowing women to be ordained). 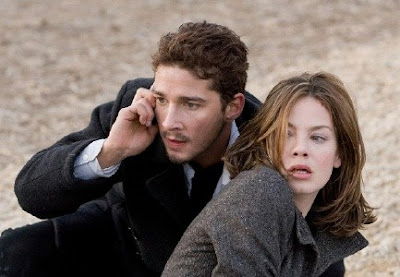