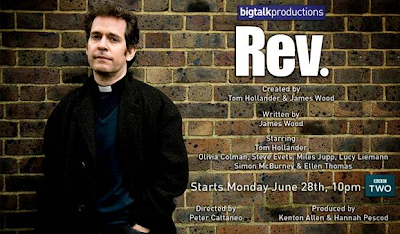 Let’s start with the positives:
– context is realistic, and being an ex-East End vicar myself it was great to see some familiar locations being explored;
– Tom Hollander can act;
– it did make me chuckle a good deal, and I’m sure I’ll watch the whole thing.

Why oh why did we have to endure yet another presentation of a vicar as a downtrodden and browbeaten big girl’s blouse? When I was first called to the ministry I resisted the call for as long as humanly possible (two days of arguing directly with God; yes I am that stubborn) and that was simply because I had absolutely no desire to be a Derek Nimmo. He still represents for me all that is most spineless and useless about the church (the established church in particular) – the reduction of ministry to social work, to – in one of the sharpest moments of the programme – the need to devote all our energies to ‘wiping people’s arses’.

You’d never glean from a programme like this that Jesus was incredibly courageous and manly – a bloke’s bloke if ever there was one – that he was often astonishingly rude to people he disagreed with, that he was angry and aggressive – and that there are a great many clergy who follow that path. In short – there is nothing prophetic about this presentation, it was entirely lacking in theological substance and truth.

However, having got that off my chest, there was at least a sign of the worm turning at the end of the programme. It will be interesting to see if that represents the way the series will go. How wonderful it would be if there was a robust presentation of the reality of God in a vicar’s life. I won’t get my expectations up. 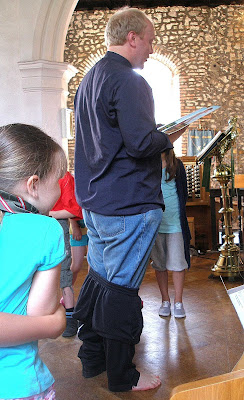 All in a good cause, of course 🙂
(Book I’m reading from is ‘Smartest Giant in Town‘. Thanks to Pat for the photo.)

I predicted 3-1 to Germany, so it turns out I was a little bit optimistic. Not very enjoyable to be proved right.

England actually played reasonably well – disregard much of the instant analysis – they had the great majority of possession for the first 2/3rds of the match and were controlling the flow of the game. Big problem was not being able to resist the fast counter-attack, and that was a problem of defensive organisation. We really missed Rio. Biggest problem, however, was not being able to convert possession into goals. Our best players were not playing in their best positions, and we didn’t have a settled side that could become a ‘team’ – and just when we most needed to score, we bring on Heskey. Sorry Fabio, but you’ve lost at least this fan’s confidence.

Still, at least I can now watch some cracking football matches. I’m particularly looking forward to Netherlands vs Brazil. 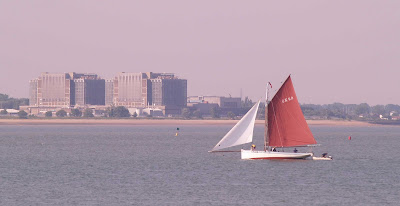 I think this is worth quoting in full:

To summarize, and to make the sequence clearer using nothing more than explicit assumptions and accounting identities, let me suggest schematically the list of factors that require either much greater flexibility on the part of surplus nations or much greater deficits on the part of the US:

1. I assume that for the foreseeable future the major trade deficit countries in Europe are going to find it very difficult to attract net new financing. At best they will be able, through official help, to refinance part of their existing liabilities.
2. If these countries cannot attract net new capital inflows, their currency account deficits, currently equal to two-thirds that of the US, must automatically contract.
3. If European trade deficits contact, there must be one or both of two automatic consequences. Either the trade surpluses of Germany and other European surplus countries – larger than that of China and just a little larger in sum than the European deficits – must contract by the same amount, or Europe’s overall surplus must expand by the same amount.
4. We will probably get a combination of the two, but a much weaker euro – combined with credit contraction, rising unemployment, and German reluctance to reverse policies that constrain domestic consumption – will mean that a very large share of the adjustment will be forced abroad via an expanding European current account surplus.
5. If Europe’s current account surplus grows, there must be one or both of two automatic consequences. Either the current account surplus of surplus countries like China and Japan must contract by the same amount, or the current account deficits of deficit countries like the US must grow by that amount, or some combination of the two.
6. If the Chinas and Japans of the world lower interest rates, slow credit contraction, and otherwise try to maintain their exports – let alone try to grow them – most of the adjustment burden will be shifted onto countries that do not intervene in trade directly. The most obvious are current account deficit countries like the US.
7. The only way for this not to happen is for the deficit countries to intervene in trade themselves. Since the US cannot use interest rate and wage policies, or currency intervention, to interfere in trade, it must use tariffs.

Tariffs in the US, Asia and probably in Latin America and Europe will rise. These are big numbers and the risk is that the adjustments are likely to occur rapidly. This means the rest of the world will also have to adjust just as rapidly. 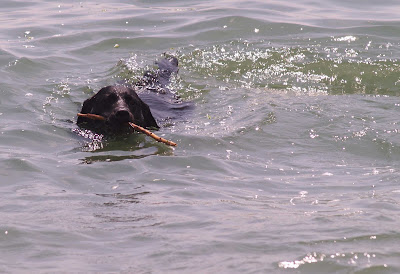 Just because I haven’t posted one for ages, and I’m feeling especially fond of the beast right now 🙂 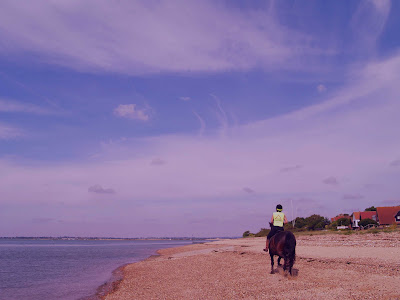 The scoreline wasn’t great, but the performance, especially in the first half, was. Our goal was well earnt and we should have had several more. Which remains the problem. If we play the same team and formation against Germany I expect us to lose, possibly quite badly.

Some positives:
– Impressed with Milner, who visibly grew through the game, after an appalling first ten minutes
– Gerrard, for once, exercised a proper discipline on the left, which allowed Ashley Cole to play properly, which helped the team greatly
– Rooney showed flashes of what he is capable of
– Joe Cole had a run out – as a replacement for Rooney. Perhaps that is how Capello sees him, as a split striker rather than winger. Interesting.

One last thought – I’ve been impressed at how Capello has handled the Terry situation, and he got a great performance from Terry as a result. 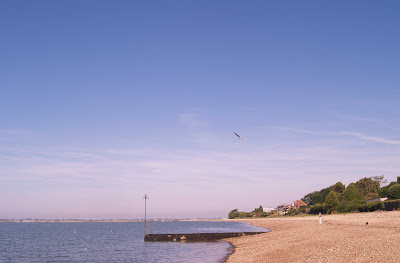 15 things you probably didn’t know about Star Trek.
30 sf films of the 21st century.
A legal cross-examination of agw.
Obama: an incompetent executive.
Religion, science and the humanities – an interesting interview.

A good post from Tim about the Mitre fuss.
He also talks about the Ditchkins controversies, on which topic this video of Peter Hitchens is worth watching.