Doug has some interesting things to say about John’s gospel here, principally he argues that “Jesus didn’t run round saying all those “I am …” claims that he makes in John’s gospel. The speech of Jesus in the gospel is largely a stylised representation of Jesus’ significance, given narrative form within the newly established genre of gospel.”

I agree with this. That is, I don’t read John’s gospel as primarily an historical document (I think the synoptics are primarily historical, with the theology more or less thrown in). What I do think John’s gospel is, however, is divinely inspired. I think that it tells the truth about Jesus, and it uses the monologues to portray that truth dramatically. I realised the other day, when pondering the question of inerrancy, that as soon as you let go of the modernist mind-set, and allow inerrancy to mean something other than the Enlightenment-era construct of historically demonstrable fact, then I would want to argue quite strongly for the inerrancy of John’s gospel (and, flowing from that, the inerrancy of Scripture as a whole).

Such is the world we live in. 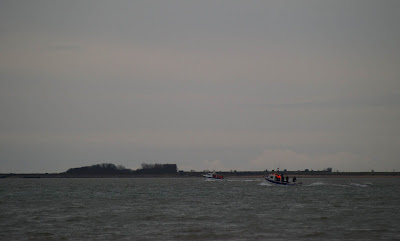 This will be the last TBTM for a couple of weeks as I’m going on holiday. Chances are that this won’t be the last post of the day though! 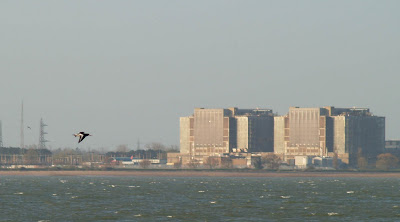 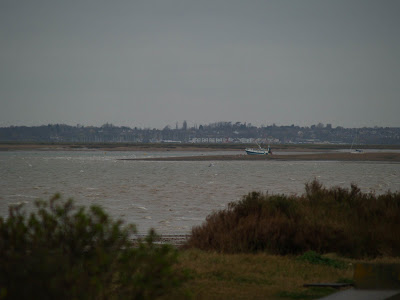 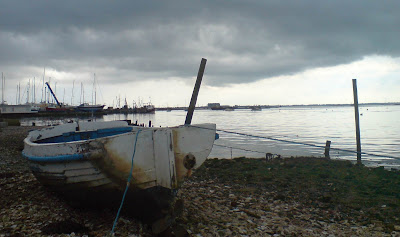 Taken with my cameraphone. 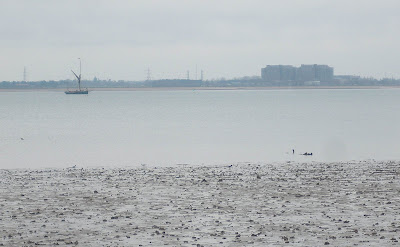 He gives to his beloved sleep.

At Bishop Alan’s blog here (and follow the links).

I think it’s true that you can’t be an effective pastor to a congregation of much more than about 60 adults; this ties in very strongly with things that Eugene Peterson teaches and, of course, with the Killing George Herbert approach.

Which means, in the Mersea context, that we need four or five ‘ministers’ for church to work, relational glue to be formed, and to ensure that people don’t fall through the cracks.

Chris referenced Jerome in the comments, and I suggested that we (as a community) now know more about ancient languages and the Bible than he did. Well, I have to confess I don’t know too much about Jerome, and I am certainly no linguist (I leave that to the good looking half of the family).

What I have in mind is this:
1) we have access to more texts than the Ancients did (eg Dead Sea scrolls and so on);
2) we have access to archaeological evidence that the Ancients didn’t have;
3) I suspect we also have a more nuanced understanding of language (although I may well be wrong on that); and
4) I’m pretty sure that we benefit from a larger and deeper pool of people studying these languages and the relevant texts (eg thousands of PhD students).

So I would want to stand by the general point, although I’m happy to be proven wrong about Jerome in particular.

I’d be very interested to know what John, Doug and Peter have to say on this, as they all know much more about it than me. 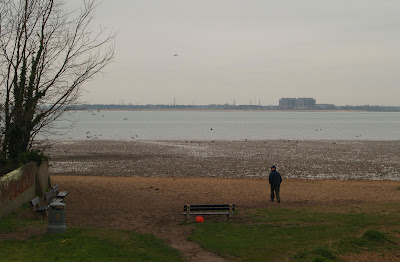 I saw the red and I was afraid.

One of the sticks used to beat the faithful about the head is the notion that ‘religion causes violence’. There is a particular historical genealogy behind this line of argument – it arose as a consequence of the seventeenth century wars of religion in Europe – but despite not being true it has become a persistent urban myth. It came up in some of the comments, most explicitly in CC’s words “I have yet to witness a scientist strapping explosives to himself and blowing up civilians in honor of a theory or torturing someone to death because they would not subscribe to their view of gravity”. I think this is worth a thread all of its own.

First of all, let me emphasise that I do believe that some people pursue violent acts because of their particular religious beliefs. Clearly Sayyid Qutb has generated precisely that ideology in radical Islam. Yet such religious beliefs are comparatively rare, and not only are they rare they are often in contradiction to the expressed teachings of the founder, not least in Christianity. Christianity was functionally pacifist for the first three hundred years of its life, and it reveres as teacher one who explicitly renounced the path of violence in his own life. If Christianity is inherently violent, isn’t it a little odd that this wasn’t shown for so long?

Which leads rather naturally into the second point that needs to be made. Christianity only stopped being pacifist when it became an official ideology of state power – and as soon as this happens, then you have the situation where religious language is being used as a cover for secular motives. This is how I read something like the Inquisition – it was a struggle for power that wore religious clothes, in just the same way that the “wars of religion” had very little to do with religious belief as such. Human beings will resort to violence to succeed in their aims and endeavours. That is the nature of the beast. The issue is: what will help the beast to be tamed? If you understand Girard you’ll get a pretty persuasive argument that it is precisely religion that tames the beast, and the demolition of religion in the western psyche that caused the beast to be unleashed in the twentieth century.

The flip side of ‘religion causes violence’ is that ‘no scientist inflicts suffering in order to advance (or defend) scientific research’. This seems manifestly untrue. Let’s begin with the non-human world and consider vivisection. When a scientist carried out an LD50 test, for example, how does that not qualify as the infliction of suffering in order to discern truth? Second, consider the notorious example of Mengele in WW2. How was his work not scientific? Third, more profoundly, consider how far the Nazi ideology had its origin in acceptable scientific notions in broader Western society, eg social darwinism and eugenics (another link to mystic bourgeoisie is needed). The problem here isn’t to do with wicked individuals, it is to do with a whole pattern of thought.

What that brings out is that sometimes scientific language is also used as a cover for secular motives, or, to put that differently, sometimes people can do the worst of things with the best of motives. We’re back to the nature of the beast – human nature can be pretty awful – and we need to be very careful when we use language like ‘science is morally neutral’ in case, by doing so, we are giving a free pass to a nutter. Just as with religion, it is what we do with the words that matters.

There is one final aspect to this. I think you could make an argument that nobody kills for a scientific theory – all you need to do is define ‘scientific’ in the right way. Yet the consequence is that science is trivial, that nothing which science provides actually matters to our life. Nobody is killing for it, and nobody is prepared to die for it either. All that is most important to us is blind to that sort of science by definition. The biggest difference that I see is between those who accept that definition, and still believe that science is the highest form of knowledge, and those who don’t.

Consider a new drug that cures pancreatic cancer; and another drug which tries to do the same but doesn’t quite work. Why does the difference matter? Because we care about people and don’t want them to die unnecessarily. Is that a scientific value? Is compassion for our fellow human beings something which science actively teaches and cultivates (science, not scientists)? It seems pretty clear to me that science rests within a much larger culture, derives legitimacy, values and purpose from that wider culture, and does its best work as a servant of that culture.

Whenever there is a plea for the independence of science from social control, and the rhetoric of ‘science is morally neutral’, I reach for my gun.