I can’t let Corpus Christi go by without my annual rant.

We worship a God who is known in relationship, who is within himself, relational.

Wouldn’t the principal form of worship of said God therefore, surely, be relational too?

That is – we meet God, we come into the real presence of Jesus Christ, through the re-enactment of certain sorts of behaviour, within which reconciliation and adoration are combined?

So Jesus is met in the action of a shared meal – not in the object of a piece of bread.

Jesus is not a commodity.

Jesus is not produced at our command.

That is the spirituality of western consumerism.

That is the spirituality that has ravaged the world and despises the poor.

That is the symbol of all that has gone wrong in our faith.

For the last several years I’ve been working – in whatever gaps from the daily grind I can find! – on a book exploring the resource crisis from a Christian point of view. More precisely, what I’m trying to do is understand what is going on, and why, and trace the origins of the crisis to particular theological shifts – and therefore recommending certain theological (ie worship) solutions. So it’s not a ‘use less petrol’ sort of book, more a ‘pray more to God’ sort of book, even though it opens with Peak Oil and the Limits to Growth.

I would benefit from a sustained conversation with a professional editor but I haven’t been able to get a UK publisher interested – popular theology isn’t really a commercial proposition in the UK. I thought it might be of interest to people here.

Anyhow, enough preamble send me an e-mail if you want to read it! (I’ve taken down the direct link so that I can do some more work)

I’d be delighted if anyone actually read it and commented 🙂 I’ve had very useful and constructive criticism from some friends already and I’m hoping to have the time to incorporate responses to their insights in the summer.

I am 40 years old – many don’t live that long.
I have been married for 13 years and I still love my wife – many marriages don’t last.
I have four healthy and happy children – many can’t have children, many lose their children.
I have a safe and comfortable home – many are homeless.
I am financially secure – many are overwhelmed by financial problems.
I have a job which, despite problems, I basically love – many cannot find any work, let alone something so vocational.
I have faith in God, which enables a profound engagement with life – many find their lives meaningless.
I have hope for the future – many know only despair.

I believe that there are kings in previous centuries who would be envious of my life.

Surely, I am the one who is very blessed. 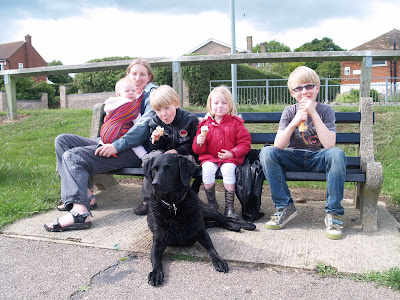 Why do you complain, Jacob?
Why do you say, Israel,
“My way is hidden from the LORD;
my cause is disregarded by my God”?
Do you not know?
Have you not heard?
The LORD is the everlasting God,
the Creator of the ends of the earth.
He will not grow tired or weary,
and his understanding no one can fathom.
He gives strength to the weary
and increases the power of the weak.
Even youths grow tired and weary,
and young men stumble and fall;
but those who hope in the LORD
will renew their strength.
They will soar on wings like eagles;
they will run and not grow weary,
they will walk and not be faint.

A taste of our very successful Friends concert from Saturday night.

One way in which it is possible to discern truth is that it is something that sets you free. The peacock just can’t be kept down forever…

So I was listening to this song, shortly after a particular conversation about my ministry, and I thought ‘this is it!’

The problems that are associated with the nature of the work itself have been thoroughly considered elsewhere, and, really, that book needs to be read by anyone interested in the topic.

What is the difference between having a conversation with someone in the Rectory, who has come to discuss something important, and having that same conversation with someone in their own home? Well, one I find straightforward, I enjoy doing it (I think I’m reasonably good at it) and the other – well, there’s the rub. I find it difficult to go out and be with people in their own homes.

I realise that in order to go out I need an excuse and a structure. So, for example, I find it straightforward to take Holy Communion to the housebound. I enjoy that, I find it a very fulfilling element of my ministry, there’s never any ‘issue’ with this – because I have an excuse for going there, and there is a structure for what to do when I’m there. It’s as if I need a comfort blanket, something to fend off all the shyness and insecurity and fear of rejection. Something to hide behind.

Now this is a bit of a problem when you’re the parish priest and people have a natural expectation that the priest will be happy to just call in and talk. I wonder whether the George Herbert stuff was (in part) just a smoke screen – I couldn’t quite articulate what the deepest problems were and fastened on a superficial explanation as an interim place to stand.

It has given rise to some problems, and I’m sure it’s why there has been an “incredibly vicious campaign” against me in the town (not my words, although I don’t doubt the truth).

I think if I was more of a natural people-person, someone who was able to press the flesh and talk the small talk and socialise and schmooze then many of the problems would have been dealt with more readily. I just can’t do that – even just thinking about it is exhausting, and I have enough of an issue with tiredness as it is. The fundamental issue is one of introversion (this is quite a good article if you’re unfamiliar with that jargon. Though I disagree that hell is other people. Hell is the school playground when you’re waiting for your children to emerge). I used to think it was deafness, and how that links in I’m not sure – whether one came first or whether they were formed together, I don’t know. I am quite profoundly introverted and… I’m OK with that. This is how God made me. What it means, however, is that there are always going to be times when the shoe pinches. Times when the expectations and desires clash rather strongly. Or to put it differently, I’m coming to accept that the answer to this question that I posed is ‘No’.

And there are implications to that acceptance.

I want to run, I want to hide
I want to break down the walls that hold me inside
I want to reach out, and touch the flame
Where the streets have no name

(By the way, the use of Pet Shop Boys videos is by way of extending a middle finger in the direction of a certain unmentionably awful tabloid newspaper that got caught up in the campaign and who thought that liking the Pet Shop Boys was conclusive proof of my general inadequacy. As one kind person put it ‘anyone who has been monstered by the Daily [Flail] is alright by me….’)

Absolutely brilliant poem about being a vicar here. Do go and read it.

The whale has vomited me on to the beach. Time to head for Nineveh.