“The 46-year-old schoolteacher tried to reassure his family that he would return safely. But his life was over, he was part-disembowelled and then torn apart with his arms and legs tied to motorbikes, the remains put on display as a warning to others against defying Taliban orders to stop educating girls.” 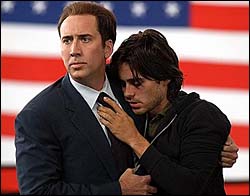 Overlong and unsubtle, but within it was a superb film struggling to emerge. The opening sequence and transition to a cross was astonishing, bravura, and raised my hopes, but the lack of narrative tension undermined the film as a whole. Clearly the writer/director is a talented man, but he needs help from his editing staff.

Of course, the point it makes is unarguable.

This is my MA thesis on Wittgenstein – the pinnacle of my academic career. (So far 😉
Having just re-read it, six years after production, I feel rather proud of it. Certainly my thinking hasn’t changed, and I think I make a solid case – but then, I would, wouldn’t I?

My essay can be summarised as an argument for the following theses:
a) Wittgenstein had a consistent purpose in his philosophical work, composed of two elements –
i) a belief in the ineffability of the mystical, that value cannot be spoken; and
ii) a consequent need to put limits to the realm of philosophy, in order not to distort our understanding of what is of value; and
b) the change from the early to the later Wittgenstein is only concerned with part ii) above, viz. Wittgenstein’s understanding of the nature of philosophy changed (the division between sense and nonsense in the Tractatus mutated into the development of a new method for philosophy in the Investigations) but the rôle of philosophy within his overall thinking remained constant.

And now for a complete change of pace.

Once upon a time I started doing graduate research at Cambridge University in the Philosophy of Mind, and I began by looking at Derek Parfit’s book “Reasons and Persons”. If you’re interested in such things, I have now uploaded an 8,000 word review, which is available here.

I basically argue that he’s an unreconstructed Cartesian, so I’m not arguing for anything novel. (It was supposed to be chapter one of the PhD which never materialised).

This is the first paragraph, which will give you a flavour of the essay – both content and style!

In this essay I shall be considering the account of personal identity proposed by Derek Parfit in his work ‘Reasons and Persons’ . I intend to first explore Parfit’s own understanding, place it in the context of contemporary debate, and then show how his approach is conditioned by the framework that he shares with his contemporaries. I shall then show how that framework needs to be rejected, and indicate some possible ways in which the debate might develop as a consequence. The plan of the essay is as follows:

a) overview of Parfit’s argument;
b) initial criticisms of the argument and errors of fact or logic;
c) Parfit’s position in the contemporary debate, and an assessment of the anthropology shared in the debate;
d) the problems with this anthropology;
e) conclusion and consideration of next steps. 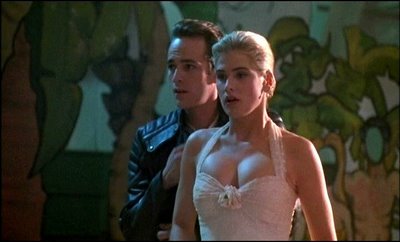 I’m starting to become a bit of a fan of the series (came via Firefly; I’ve now watched series one, and have purchased series 2) so I used the Sky+ to watch this. (Sky+ is dead handy. I know Murdoch is an evil capitalist, but it’s not news to me that I’m morally compromised in this way. It’s part of the same territory as being a Chelsea supporter).

Anyhow, the film was crap. Lots of good actors displaying a complete incapacity to act; Sutherland and Hauer slumming it; Hilary Swank – who I first saw in Million Dollar Baby last year – was unrecognisable as a talent and – was that Ben Affleck in one scene? Amazing. It takes a seriously awful director to take such marvellous material and produce such a steaming pile. 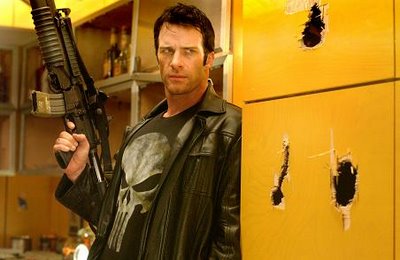 Another film I caught on Sky+ the other day. Was familiar with the basic plot, so I fast-forwarded through the ‘set-up’, because I didn’t particularly want to watch the death of the family (which is the fuel for the vengeance cycle) – isn’t it strange how I find some things much too painful to watch (deaths of children) but some things (eg Evil Dead) don’t reach me at all. Hmm.

I was struck by the mini-community of misfits which help the hero. Could read it through a ‘selfish-gene’/killer ape analysis, which simply hymns the alpha male; but could also see it as a miniature parable of the kingdom, a vision of the church.

But the film was bubblegum. Not worth watching unless you particularly like comic-book adaptations (which I do) – and even then, this isn’t one of the better ones. Travolta is crap in it. 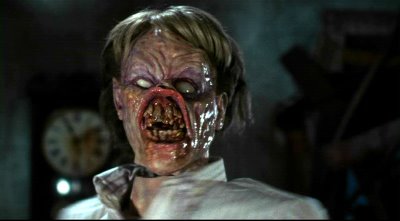 This means that I have a profoundly twisted and sick imagination.

But then, it’s better to know your own dark side, I feel.

Things I’ve done in my time. No particular order.

Waiter (in lots of places, some for extended periods of time)
Barman (ditto, but most memorably in the Chapel, Coggeshall)
Run a video store.
Sold suits in Hoopers, Colchester (did that for three months).
Worked in Argos (Saturday job through Uni)
Programmed databases (dBase IV, again, 3 months).
Cleaned industrial spray-paint booths (two weeks – worst job ever).
Petrol pump attendant (on and off for several years).
Civil Servant (four years).
Customer services dept of Anglian Water (three months).
Financial dept of Anglian Water (two months)
Caretaker (janitor) of primary school (one year).
General building work (on and off through my teens).
Of course, I’m now a priest, full time since ’99.

Nothing too exciting, but reasonably diverse. I have certainly met an awful lot of people.

Nuclear power is problematic, for all sorts of reasons.

But coal power is MUCH, MUCH worse, in every respect except the economic.

Which means, of course, that coal power will be the way that the world chooses to develop (eg China building a new coal power plant each week).

Faced with a choice between revolution and global warming, most authorities will choose the latter.

The only way this might be changed is by changing the prevailing winds – ie changing people’s attitudes.

Which is my job, I guess. (Not mine alone, thank the Lord).

What’s really cheerful is the sense that the only thing that will preserve human civilisation in the long term is a major civilisation-threatening war in the short to medium term.

Ah! I knew that they were acting under divine guidance!

Bring out the bombs! Dr Strangelove, now is your time!

UPDATE: even when there is a will, there’s a vested interest standing in your way – see here. 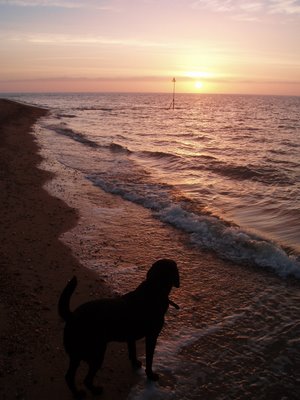 When you pray, go into a room by yourself.