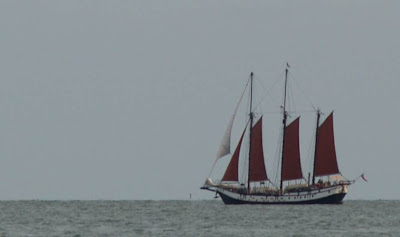 Not often you get a ship this beautiful off the Island. 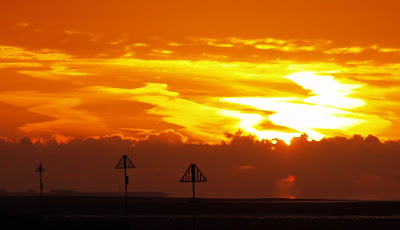 I caught the sunrise just at the right time this morning. I’ve put a few more photos on my flickr account (click the link to the right).

After that really interesting debate over Tarantino I’m going to start including a rating whenever I comment on a film. In ascending order:

Make sense? I will use half-marks occasionally.

Some examples:
I will hardly ever watch a one…
Deathproof gets a 2. As did Ocean’s Twelve which was the last really bad film I endured. Sky Captain and the World of Tomorrow is a classic 2 – didn’t really work, but there were interesting elements in it, so I didn’t regret watching it.
Elizabethtown gets a 3. Most Tom Cruise films get a 3 (but see below)!
Devil’s Advocate gets a 4 – a very competent film that has some startling shocks in it and a good solid message. Phone Booth is another – something which was a step up from the usual blockbuster. Shaun of the Dead; Crash (not the Cronenberg); lots of Coen Brothers films.
Top of the range? Magnolia; Blade Runner; American Beauty; Babette’s Feast; The Matrix; Eternal Sunshine; City of God; anything by Tarkovsky…. In each of these the elements all come together and make a wonderfully coherent and satisfying whole. 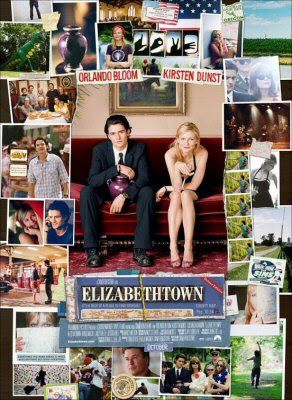 Caught this by accident last night; I had read a lot of bad reviews about it so hadn’t bothered chasing it down, but started watching about 20 minutes in and became absorbed, and I really enjoyed the last quarter-hour or so. I tend to like Cameron Crowe films, and I had completely forgotten this was by him, so when his name came up at the end it was ‘Ah….’.

Three out of five. (I’m going to start rating films – and I’m going to put up a post explaining the ratings.) 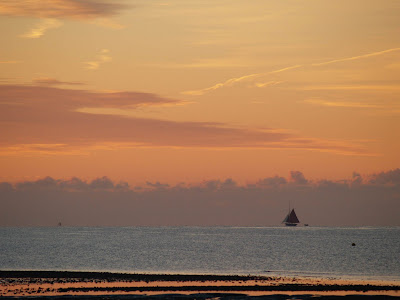 You might think that the title is a gratuitous attempt to garner more hits for my blog. And you’d be right. But reading this post I just couldn’t stop laughing, so I thought I’d pass it along….

Ellen and Olivia go on to talk more about why this isn’t in anyway an actual werewolf movie. Contrary to the way that it’s described, it’s more of a relationship drama. It just falls into the category of “lesbian werewolf movie” because that’s the simplest way to identify it amongst other indie dramas…

The Son of man came eating and drinking, and they say, Behold, a gluttonous man, and a winebibber, a friend of publicans and sinners! And wisdom is justified by her works.

John Richardson gives an answer here and here. I think I’ll be quoting him when it comes to my talks.

Next week’s notes. Should the Rector cut his hair?

Is Christ Divided?
Notes for the house groups on 1 Corinthians.

1.In what way are women under the authority of men? Should they be? What would be an appropriate sign for what Paul is describing? Are women made in the image of God?
2.Should the Rector cut his hair? If so, should women wear hats in church? If ‘no’ to either or both – where does that leave us with regard to the authority of Paul’s teachings?

Supplementary thoughts:
Paul uses the language of headship, both literal and metaphorical, throughout this passage. It may help to ponder some of the different ways in which ‘headship’ can be understood – consider ‘head of the family’, ‘head of the river’, ‘head of steam’ etc. We need to be alert to the different ways in which this language can be used. However, there are limits to this approach – see note on verse 10.

Paul assumes that in creation there is an unambiguous distinction between male and female, and this underlies his teaching here. In worship we are not to be anything other than how we are created (worship is the restoration of creation), for that would offend the angels. Given what we now know about trans-gender and related issues there is a genuine issue about whether Paul’s fundamental assumption remains true. The issues around hair-length and head coverings remain salient in our culture – consider the debate about the wearing of muslim headscarves. Our culture has changed drastically in living memory away from one where Paul’s teaching would be unremarkable. However other periods in our own history, and certainly other cultures around the world, would have very different expectations. The key issue is whether we believe hair length/ head covering is a cultural question or a ‘creation’ question, ie something inherent in our given nature.

NB the head covering that Paul is referring to is not a hat, it is a hood integrated with the robe/gown being worn (think Lord of the Rings). It is possible that women’s practice at Corinth was a way of asserting either their equality with men (see Gal 3.28, or that it was an equivalent to a nun’s ‘wedding ring’, ie saying that they were ‘married’ to Christ. It may also be an indication of the informality or closeness (quasi-familial closeness; koinonia) of some of the relationships at Corinth.

Notes on verses
v 3 – see 3.23 and 15.28
v 7 – compare with Genesis 1.26-7
v 10 – it is possible that the ‘sign of authority’ referred to here is something which gives a woman authority to pray and prophesy, ie a sign that the woman has accepted male authority over her. In any case this verse is unambiguous in asserting male authority over females.
v 10 – the ‘angels’ are probably a reference to celestial entities accompanying Christian worship (the Dead Sea Scrolls have a similar reference).