A sad beginning to Christmas Eve in the Mersea Rectory – my dear companion of almost twelve years (he was on the cusp of turning fourteen) passed away peacefully in the night, after a couple of days of illness. He was a good dog. 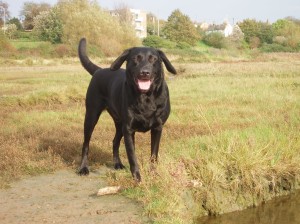 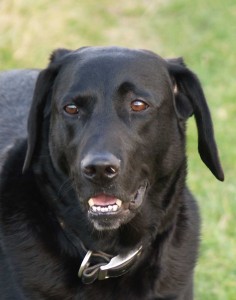 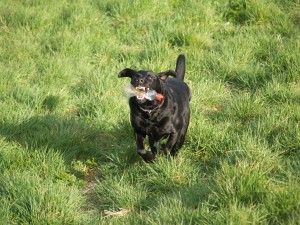 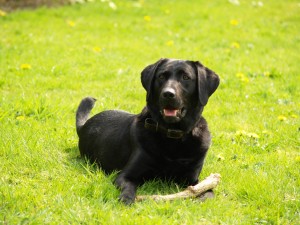 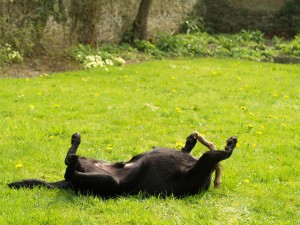 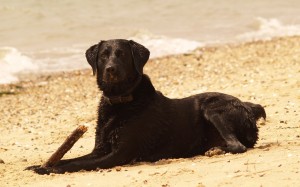 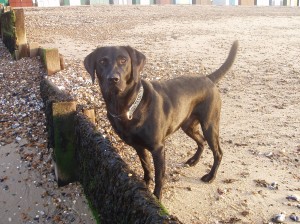 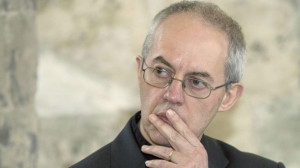 I am feeling ashamed of the Archbishop of Canterbury. As you might imagine, this is not a comfortable experience for someone who is a loyal Anglican.

This has been provoked by Welby’s response to the Carlile report.

The Carlile report concluded that, in its investigation of the allegations against George Bell, “the Church of England failed to institute or follow a procedure which respected the rights of both sides. The Church, understandably concerned not to repeat the mistakes of the past when it had been too slow to recognise that abuse had been perpetrated by clergy and to recognise the pain and damage caused to victims, has in effect oversteered in this case. In other words, there was a rush to judgement: the Church, feeling it should be both supportive of the complainant and transparent in its dealings, failed to engage in a process which would also give proper consideration to the rights of the Bishop. Such rights should not be treated as having been extinguished on death.”

In other words, the Church got things wrong – it did not make a proper investigation into the strength of the allegations against George Bell, and consequently defamed the late Bishop and destroyed his reputation without good cause.

This seems to me something that is a serious moral error and one that needs to be repented of.

Yet the Archbishop says this: “Bishop Bell was in many ways a hero. He is also accused of great wickedness. Good acts do not diminish evil ones, nor do evil ones make it right to forget the good.” He is balancing the heroic elements of George Bell’s life, which are well-known and well-attested, with the single, uncorroborated (and clearly partly factually mistaken) allegation of wickedness.

I believe that this is in itself wicked.

As I do not believe the Archbishop to be a wicked man – indeed, he has for the most part seemed a good thing so far – I am forced to wonder about his motivations for being so maladroit on this topic. The only thing that occurs to me is that he is terrified of the opprobrium that falls upon the church when it gets things wrong with regard to safeguarding – indeed that is what Carlile alludes to in the extract above. Welby has taken the easier, more worldly-mollifying course of action, rather than one which is principled and concerned above all with the truth.
This cannot end well.

This acting from fear is so far from what we need. I am still someone longing for an unafraid Anglicanism. I had been hoping we would get some fearless leadership from Dr Welby. I am now more worried that we will get an extremely efficient leadership that takes us vigorously in the wrong direction.

St Anthony of Padua pray for us!

The quirks of editorial deadlines mean that I write this article just two days after Theresa May has forged enough of an consensus with the EU to enable talks about an eventual trade agreement.

I’m mostly extremely happy about what Theresa May has agreed. The financial settlement is the first element, which might end up being around £40bn spread over several years. Given the scale of our contributions to the EU, and the amount that will actually be reimbursed back to us (our rebate is going to continue) this amounts to a net transfer of around two years worth of our prior EU member state contributions. So not a lot in the overall scheme of things. This will then end, at which point we are free of all financial obligations and in a position to enjoy something of a windfall. Excellent.

The second element is about citizenship. It always seemed to me transparently obvious that both sides have an interest in a civilised settlement that preserves all the accrued rights enjoyed by our respective citizens, and that seems to have been accomplished. Again, ongoing recourse to the ECJ is time-limited and will cease after eight years. So: also excellent.

The third element, which has risen in both prominence and political temperature, relates to the Irish border. Any eventual solution will have to be integrated into whatever trading agreement is eventually adopted – there is no way of answering the border question separately. I’m glad that the talks were not fully derailed by this issue but I also have a strong suspicion that the Irish Taoiseach has overreached himself.

Although it was Arlene Foster’s phone call that disrupted Mrs May’s planned announcement of a deal – leading to a week of frantic diplomacy – the essential Unionist point, that there can be no internal barrier between Northern Ireland and Great Britain, is widely accepted. This simply had to be spelled out in extremely clear terms, hence the reiteration in the text of the agreement that the UK as a whole is leaving the EU’s internal market (‘single market’) and the customs union, and that there will be no .

However, in order to get this agreed, there was also inserted into the agreement a text that will continue to cause problems between now and March 2019. The crucial paragraph in the text is this one: “The United Kingdom remains committed to protecting North-South cooperation and to its guarantee of avoiding a hard border. Any future arrangements must be compatible with these overarching requirements. The United Kingdom’s intention is to achieve these objectives through the overall EU-UK relationship. Should this not be possible, the United Kingdom will propose specific solutions to address the unique circumstances of the island of Ireland. In the absence of agreed solutions, the United Kingdom will maintain full alignment with those rules of the Internal Market and the Customs Union which, now or in the future, support North-South cooperation, the all-island economy and the protection of the 1998 Agreement.”

In essence, Mrs May’s strategy with respect to Ireland is to aim for a wider EU-UK trade agreement that solves the border problem itself. If that isn’t possible then she has agreed to seek ‘specific solutions’ to the border problem, which will be some form of technological and pragmatic compromise.

The kicker comes with the third option, which is what Mrs May has agreed to (in principle – nothing is agreed until everything is agreed). In the absence of a wider EU-UK deal which solves things, or a technological solution, then the UK as a whole is committing itself to ‘full alignment’ with the regulatory system of the EU.

This is a potential disaster, and not something that any Leaver could willingly countenance. Full alignment for the UK would mean that we would track the EU’s internal market regulations without having any say in how they are developed. This is a worse situation than we are in at the moment. Tactically, for the negotiations, it gives the EU an incentive to be uncompromising on the question of the border, as they would benefit from the UK remaining aligned. Strategically it compromises all the most exciting elements of Brexit, involving the pursuit of free trade deals with other countries around the world.

So I see this element as the most problematic. However, I recognise that giving this concession was pragmatically necessary, as it has allowed the movement through to trade discussions. I would see two priorities for the UK negotiators over the coming year. The first is that any trade agreement has to include services, which maintains the existing recognition of UK institutions by the EU. I am hopeful that this will be included as it is in the EU’s interest as a whole, even if not in the interests of all members of the EU, such as those cities like Frankfurt and Paris which seek to take some business away from the city. The second is that the UK needs to be set free to negotiate trade deals for itself from March 2019, even if such deals cannot take effect until the end of the transition period.

I am extremely keen that we move quickly to have an effective CANZUK agreement; that is, a open trading system between Canada, Australia, New Zealand and the UK. We have so much in common already – a shared head of state, a shared language, a shared common law tradition, alongside all of our shared history and familial connections. I would give this the highest priority – certainly higher than an agreement with the United States, attractive though that would be.

On the whole, I think that Mrs May has done rather a good job, certainly enough to ensure that she stays in post until this process is complete. There is still a very long way to go, but I am now much more confident than I was that there will be an eventual free trade agreement with the EU, and that our exit from that structure will be well managed.