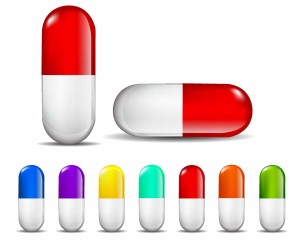 Judging by some recent headlines it would seem that the controversy over antidepressants has been resolved. On February 21 2018 the medical journal The Lancet published on-line a study (Cipriani et al, 2018 – hereafter, ‘The Cipriani study’) containing a meta-analysis of antidepressants, with a view to “compare and rank antidepressants for the acute treatment of adults with unipolar major depressive disorder”.

The Cipriani study was a meta-analysis of other studies. That is, it was a statistical exercise at one remove from clinical experience, concerned to gather as much information as possible from a diverse range of studies (this is a well established and respected form of analysis for seeking more robust conclusions than can be gathered from any single study).

Nearly thirty thousand citations were identified and from these some 522 trials were considered in the meta-analysis, covering nearly 117,000 patients. These trials were those which covered antidepressant use, comparing antidepressant use with placebo or an alternative antidepressant, where there was “a primary diagnosis of major depressive disorder according to standard operationalised diagnostic criteria”.

This gave rise to some remarkable headlines and reporting in the national press. The Guardian newspaper, for example, headlined their discussion of the paper with the headline “The drugs do work: antidepressants are effective, study shows.”

I believe that we need to be a great deal more cautious than those journalists. To begin with, it is worth making note of the claims actually made in the Cipriani study itself. The authors of the Cipriani study claim that they provide information for the initial (not the long-term) choice of medication (as opposed to non-drug treatments) for those with acute major depressive disorder (not all depressed patients) in adults (not children). Furthermore, the authors acknowledge that the short-term benefits of antidepressants “are, on average, modest”; that the long-term effects of antidepressant use are “understudied”; that there is “paucity of knowledge about how antidepressants work”; and that “the certainty of evidence was moderate to very low” in the studies that they were assessing. These are commendably cautious comments.

However, even with those caveats, the Cipriani study is open to a more rigorous critique. As mentioned above, the Cipriani study is a meta-analysis. It gathers the most comprehensive survey of relevant research on antidepressants and subjects that research to a statistical analysis, with the aim of extracting a more general truth. The worth of any meta-analysis is entirely dependent on the quality of the research that is thereby aggregated. If there is a systematic flaw in the original research, then that flaw will be reinforced by the meta-analysis – in other words, if the original research is garbage then all that a meta-analysis will provide is highly processed garbage.

The first major problem is that 78% of the papers assessed in the Cipriani study were funded by the pharmaceutical industry. The authors contend that this made no difference to their conclusions, stating “In our analyses, funding by industry was not associated with substantial differences in terms of response or dropout rates. However, non-industry funded trials were few and many trials did not report or disclose any funding.” This conclusion is open to some question, as other research demonstrates that studies funded by the pharmaceutical industry are five times more likely to report a positive effect of a drug.

The second major problem is that the research assessed remains predicated on the ‘disease centred model’ of depression. On this understanding of depression there is an underlying problem with the brain, understood as a physical construct, which a particular drug therapy can rectify. One analogy commonly used is that of insulin for diabetics: the normal functioning of a pancreas is impaired in those suffering from diabetes, giving rise to various unpleasant symptoms up to and including death. The administration of insulin makes up for the lack of insulin normally provided by the pancreas, thus enabling the diabetic to resume a normal life. Thus, a disease centred model for antidepressant drug use views the drug as addressing a specific problem within the human body which gives rise to the symptoms of depression. The drug treats that underlying problem – the ‘disease’ – and as a result the patient is cured, ie returned towards a more normal biological state.

The trouble with this ‘disease centred model’ when it comes to depression is that there is almost no evidence in its favour, and a very large amount of evidence against it. Whilst it has been a dominant way of understanding depression for the last few decades, it is now becoming discredited. According to the British Psychological Society, “it is timely and appropriate to affirm publicly that the current classification system … in respect of the functional psychiatric diagnoses, has significant conceptual and empirical limitations. Consequently, there is a need for a paradigm shift in relation to the experiences that these diagnoses refer to, towards a conceptual system which is no longer based on a ‘disease’ model.”

My sympathies are with a group of psychiatrists, medical practitioners and researchers who align themselves with the Critical Psychiatry Network. According to their chair, Dr Joanna Moncrieff of University College London, “…the disease-centred model of drug action has been adopted, and recently widely publicised, not because the evidence for it is compelling, but because it helped promote the interests of certain powerful social groups, namely the psychiatric profession, the pharmaceutical industry and the modern state.”

Coming back to antidepressants specifically, I find a summary given by Dr Richard Byng (a GP) to be well formed: “while most people get better while taking antidepressants we won’t know if, when you are better, this is due to placebo, other positive things you are doing, the natural course of mood changes or, least likely, a positive effect of the drug.”
In short, we are a long way away from knowing the full truth about the effectiveness of antidepressants, despite the optimistic headlines in places like the Guardian.

Caveat: nothing in what I say here should be taken as underestimating the immense amount of suffering endured by those struggling with depression. My concern is about seeking the most effective way to alleviate that suffering – in other words, about what can help people be healed.