I had planned to make these remarks at our AGM this year, but for many good and varied reasons there were very few of us at that meeting, so I have kept them back for a more popular occasion.

When I was on retreat last December I read Amanda Palmer’s fascinating book ‘The Art of Asking’. In amongst other things she discusses her accommodation in New York when she was just starting out. The landlord was clearly a remarkable character, who was concerned as much to establish an artistic haven as to maximise his rent. He saw his role as one of enabling others to flourish creatively, rather than to do so himself.

That struck me as being very close to the role of incumbent within a parish. “In the beginning was the Word” and that applies to each of us individually, we each have a word from God that we need to speak. We often call this our ‘vocation’ – the word that God spoke which gives us life.

You are each marvellous and amazing and miraculous and wonderful – my job is to help you become all that you were originally created to be.

I want to share with you an ecological term of art, which is legibility. If we think of an old growth forest then we are considering something complex that has been built up over time. Comparing that to a modern commercial tree plantation it is easy to see how that is more ‘legible’ than the first – much more efficient, much more capable of being exploited by the landowners. Similarly, if we compared the City of London with all its small streets and byways with a modern city, say Milton Keynes or an American city, the latter are much more ‘legible’ than the former.

St Peter and St Paul’s is an old growth forest, a medieval city. My role is to curate that variety, sometimes pruning, sometimes fertilising, but always with a view to preserving the breadth of life that is possible in this place. What I believe we need to avoid is an emphasis upon what is legible, able to be controlled from above, which sees human beings as resources to be extracted in favour of a different agenda. This may mean that not everything we do will make coherent sense; it means that we will have to live with frustrations and contradictions.

For this to happen, however, one thing is essential. In our common life together lots of decisions need to be made, small and large. We need to respect and affirm our differences from each other. As St Paul puts it, the head cannot say to the foot we don’t need you. We need each other! But we can only do this if we love each other more than we love our own preferences. Our unity is in Christ alone.

To that end, the PCC have supported me in developing what we have called the “Big Sing”. This is an informal and relaxed service which is designed to reach those who haven’t been reached, or who have been put off, by what we do as a church. One remark that has always stayed with me from the priest of my sponsoring parish, where I began my own journey to fulfilling my vocation, was “the empty seats also have a voice”. I believe that it is essential that we reach out to those who are not part of our fellowship. The Big Sing will not be for everyone – there will be more emphasis upon modern styles of music for a start – but I would ask you to please support it, please invite a friend if you think they might enjoy it.

Which brings me to a point about our church more generally, at a wider, perhaps a national level. I am a fan of Game of Thrones, both the books and the television series. It is a fantasy sequence, a sort of cross between The Wars of the Roses and Lord of the Rings. The foreground conflict is about the struggle between various noble houses for control of the throne of the kingdom, hence the title ‘Game of Thrones’. Yet overshadowing that conflict is the looming reality of an army of ice zombies that are about to march south upon humanity, who represent the real danger.

I rather think that this describes our own beloved Church of England. We squabble simply because we are not spiritually serious. We have taken our eyes away from the most fundamental concerns, and now we waste our time bickering about secondary questions – adiaphora.

What would it look like if we were spiritually serious? I recently had a conversation with Ian (organist) which I have been thinking a great deal about. Ian pointed out that if he wanted to learn about Mozart, he might read all sorts of good books about Mozart’s life, be taught lots of interesting things about his relationships, his context, his life and death – but if he never heard Mozart’s music then the most essential element of who Mozart was – his vocation, his ‘word of God’ – would be missed.

So the question becomes: what is the music of Jesus?

My answer is a work in progress, but at the moment it looks something like this: Jesus was a teacher, yet to say that ‘the music of Jesus’ was his teaching would, I believe, remove the most essential thing. For Jesus’ teaching was almost always embedded in the whole of a life. Jesus spent his ministry performing signs, acts of power which were often healing or exorcisms. It is these ‘signs and wonders’ that I believe to be the music of Jesus, and I believe they culminate in the events of the great three days, that is, Maundy Thursday, Good Friday, and Easter Sunday.

More particularly, I don’t believe that we can capture the music of Jesus simply by considering his works as ‘doing good’. Please don’t misunderstand my point here. I do believe that it is the work of the church to ‘do good’. I have been struck by the accounts of the Grenfell Tower blaze, and the way in which the local churches became community hubs of service and aid. As Giles Fraser put it, the churches did the most essential things right: they opened their doors and turned their lights on, and the community was able to use them.

Yet I believe that the church can become distracted by thoughts of ‘doing good’, because it is in fact much easier (and more socially approved of) than the harder spiritual tasks that we are in fact called to. The feeding of the five thousand was not a proto-food bank; rather, it was a highly political event which had, amongst other things, a dismantling of social divisions at its heart.

Put simply, the music of Jesus is both more political and more spiritual than ‘doing good’ can capture. This is why our worship is more important than anything else, why we need to root our lives in the sacraments which shape us spiritually. Politics and spiritual warfare fit together like hands and gloves – it is not an accident that Jesus was executed by the state. I believe that it is only through a concentration on the spiritual essentials that we will gain the spiritual maturity that we need to cope with our differences.

I believe that there is a particular genius to the Church of England, to being a broad church, pursuing a via media between different extremes, within which a large variety of people can find spiritual nourishment and healing. I have been influenced greatly by the Tractarian movement, what is now called ‘Anglo-Catholicism’ which has a three-fold emphasis: the claim that God became physical flesh; that we can meet God through the physical substance in the Eucharist; and that we are called to serve the physical flesh of Christ in our neighbours. There is one comment from a key leader of the Tractarian movement that has served for me as something of an aim and guide, not as an achievement(!), and it is this: “Even if the Church of England were to fail, it would still be found in my parish.” (John Keble)

May we show forth something of the spiritual power of Christ as we find our own vocations here on this wonderful island of Mersea; may we hear the music of Jesus, and play it for others to hear as well. Amen. 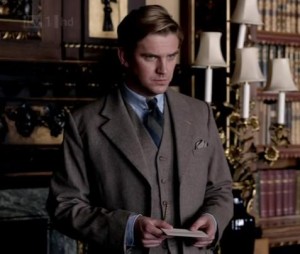 If another character – Falcon, or the Winter Soldier – takes up the shield of Captain America, he will not be Captain America. I want to know the story of Steve Rogers.

If another character – like Jane Foster – picks up Mjolnir to become ‘Thor’, that will not be the story of the Odinson.

Most human stories have no wider significance. There are no wider lessons to be learnt. They are tales told by idiots, full of sound and fury, signifying nothing.

Those are not the stories that I wish to invest my scarce and precious time absorbing. ‘Life is hard, random accidents happen at all times, beware’. Thank you for telling me something that I did not know.

Think of Brienne in Game of Thrones. If she doesn’t end up with some sort of decent narrative closure with Jamie then that will be a very long story without much meaning (there is some meaning already, I’ll grant that). Whereas if Jamie, for his crimes, is exiled and has to spend the rest of his life confined to the island of Tarth… well, that’s a story worth telling.

All this is triggered by my disgust at the show runners of Downton Abbey. A clear dereliction of duty. The soul of the story has gone – why continue? A mere accumulation of events, and what is the significance in that?