This is related to the TBLA thread, but I think it deserves to be kept apart from that series, at least for now.

Western society has embarked upon a radical restructuring of its cultural life in three inter-related issues, to do with homosexuality, marriage and divorce, and the economic role of women. The classical understanding of the church, that sexuality is only to be expressed within a heterosexual marriage, has been widely abandoned. The development of effective means of contraception, the abolition of traditional marriage, the massive economic empowerment of women – all of these together are utterly revolutionary. The church has been caught up in this cultural change and is now at risk of opprobrium and worse if it does not, in David Cameron’s ill-chosen words, ‘get with the programme’. It seems to me that there is a coherent position that is taken in opposition to this radical restructuring – the Roman Catholic stance is the most fully-worked out and potentially long-lasting form of opposition to the progressive path (I don’t see the conservative evangelical opposition as similarly substantial, despite its merits). The question I want to ask is: where is the progressive path going?

The RC stance is one that is deeply rooted in both Scripture and Tradition, and one which has proven workable for thousands of years. That is, the civilisation that we have inherited is, in large part, a product of a culture which adopted certain norms about the place and role of women and homosexuals. Clearly, power and influence were concentrated on men, and there were consequent injustices and exploitations. However, no human society is without injustices this side of the kingdom, and our present arrangements are certainly not without injustices either. The RC stance is one that is dominant in world Christianity and very unlikely to go away; it is more likely that there will continue to develop a deeper split between the traditionalist (majority) Christian faith and the progressive (post-Protestant) forms of Christianity. Does the progressive, secular, post-Protestant form of Christianity have a destination? Is it simply a reactive product of the social changes in the wider society? Or can it legitimately claim that there is a movement of the Spirit behind it?

Supporters of the progressive path will point to better treatment of women and minorities as a result of these changes. Opponents will concede (some of) this, but have a coherent case to say that the costs involved are not worth it. For example, in response to talking about the improved economic and social autonomy given to women, opponents can reference the rise in frivolous divorce, the misery passed on to children, the diminution of options for working class men and so on. I don’t want here to engage in a weighing up of this evidence, just to indicate that the progressive path is not without its (non-prejudiced) critics. More substantially, the critics of the progressive path are able to draw, not just on those economic arguments, but also on the fairly uniform voice of Scripture and Tradition. I am quite familiar with the arguments on this score – and, indeed, I have used the progressive arguments myself on repeated occasions. Yet one of the conservative evangelical criticisms of the progressive path does seem to be to be a true one – that it is not possible to maintain a commitment to the authority of Scripture, as understood in the evangelical tradition, if we accept the progressive developments (NB I don’t accept the authority of Scripture in that way).

What I am pondering is that the present ‘status quo’ of the progressive path is not stable. To bring this out, I want to ask: ‘what is wrong with polygamy?’ Once the move away from accepting the authority of Scripture and Tradition has been made – and, thus, there develops a primacy for personal autonomy and choice – what is to stop those who wish to pursue a polygamous marriage from doing so? There are many churches in the world where polygamy is at least tacitly accepted, as it still fits in with the local cultural context. In addition, a reasonably good argument can be made that it is not anti-Scriptural (a much stronger argument, in my view, than the equivalent one for homosexual relationships – and I’m sold on that). Yet I’m not sure that those who pursue the progressive path are fully aware that this is one of the destinations that their path is leading to, or what the implications of this path are.

What I’m really asking is: what are the fundamental principles from which a stable, progressive understanding of human sexuality and gender relationships might be formed? One of the best aspects of the traditional position is that it is rooted in a ‘theology of biology’; that is, there is an understanding of what it means to be male, and what it means to be female, which lies behind the more worked out and specific ethical teachings. The progressive understanding does not (yet) have that. One of the elements of the women bishops debate that has most strongly been borne in on me is an awareness that a) the conservative position is much more substantial and coherent than the progressives can countenance, and b) that the progressives do not know what it is that they are rejecting. In other words, they (we!) do not yet have anything that can take the place of the conservative understanding, and in consequence, we literally do not know what we are doing.

Having said all that, I remain quite open to the idea that the Spirit is genuinely behind all these developments – and, indeed, it may well be that proper work has been done on these matters that I’m not familiar with – and I certainly can’t see our society reversing many of them. Yet, as I also see our society as heading down the tubes with great rapidity, I don’t see that latter point as bearing much theological weight. I genuinely don’t know the answer to this, but it is what I am thinking about. 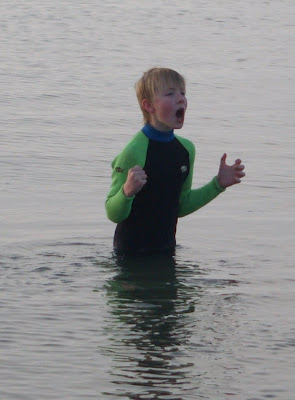 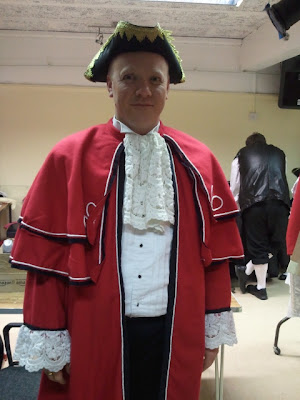 The desert fathers, because of their clairvoyance, have seen more clearly the approach and assault of spiritual forces against a Christian who wishes to pray, and have written about the development of sin from within a person.

The first stage is the intrusive thought, which “pops into our head” – a mere suggestion of doing something. This is not a sin, but if within us there is some part of the heart that is not cleansed, then the suggestion will take root and turn into a temptation. The person then begins to contend with the temptation – weighing up the pros and cons of the suggestion. This is also not a sin, because the temptation can be rejected in the mind, but this is already a dangerous place to be in. Without being rejected the temptation becomes a desire, and the person will find a way to carry out the evil deed suggested. This is a sin which must be repented of – it is committing the sin in thought – although even here there is the possibility that the person will not – in the end – carry out the deed. The next stage is to commit the sin in deed as well as thought. If this sin is not repented of then it may completely “possess” the person and become habitual, like a second nature.

Watched the Dude the other night for the first time in ages – a real Sarsparilla for the soul – but picked up a definite Magnolia/PTA vibe this time, not least in a brief cameo role for Aimee Mann.

Yeah, 2012 – you really sucked. For the first time ever a year that I’m thoroughly glad to see the back of.

Two major highlights: first, getting the book published, even if it was self-published(!) and enjoying some positive reviews and some royalty cheques, although I still haven’t turned a profit… I’m now going to start talking about ‘my first book’ and ‘my second book’! Second, my eldest starting at boarding school, which seems to be working out really well.
Lowlights: several, most of which I’m not going to talk about on the blog, although my job-search has been fairly public, and unsuccessful, and I’ve now effectively given up on that. I haven’t got a clue what the good Lord wants me to do, but – and this won’t come as much of a surprise to those reading some of my stuff closely – it might not be within the institution.

So a moment when I’m concentrating on cultivating thankfulness and the Buddhist virtue of non-attachment, especially with regard to outcomes, which can also be translated as ‘learning to trust in God alone’ – on God alone my soul in stillness waits. I hope he has something good planned for 2013.