The appalling tragedy of Grenfell tower has come very rapidly to symbolise all that is wrong with right-wing beliefs. Here was a tower block that had no water-sprinklers installed, that had the wrong sort of cladding, that was overcrowded – and it was in the one local authority that best epitomises excess wealth. Here the obvious story is one of heartless landlords pruning back their costs and the iniquities that follow from handing over to private capitalists the responsibility to ensure that public housing is safe. In short, this is what happens when you let rapacious right-wingers run the system for private profit – death, horrible, horrible death.

All this as the cherry on top of the cake which was the 2017 election – I suppose that the only thing that Conservatives can feel grateful for is that it didn’t happen immediately before the election, otherwise it would be Jeremy Corbyn grimacing outside number 10. He, after all, was the beneficiary of ‘the big mo’ – momentum – and enjoyed a huge swing of support amongst younger voters. There is clearly something remarkable about Corbyn, a premium upon authenticity, which allows him to engage with groups that have previously had little interest in the political process.

So are the Conservatives now completely stuffed? Brexit seems to be going wrong, the Prime Minister has been stripped of all her authority and most of her dignity, and public opinion appears to have settled on the idea that Conservatives are selfish and wicked. Is there any way back?

I rather think there is. More than that, slightly dependent on when it takes place, I would put good money on the Conservatives winning an outright majority at the next election. Why would I say that?

Well, in the first instance, this last election campaign had to be one of the most atrociously led and managed of any conducted by a major party since the war. To turn an opinion poll lead of over 20% into a hung parliament six weeks later takes a quite phenomenal level of incompetence. The fact that it began by focussing exclusively upon the personal qualities of the Prime Minister herself means that she has to bear much of the burden of blame. Yet what that also means is that she will not be allowed to lead the Conservatives into the next election, and it is therefore reasonable to expect that the outcome will be better for them.

Secondly, in the light of the popularity of the Labour manifesto’s commitments, and the opposite situation with the Conservative, we can anticipate that the policy platform proposed from the right will be both more coherent and more attractive than what was offered this time. Again, this can only help.

Third, there is a good chance that the recommendations of the boundary review commission will be implemented in the life-time of this new parliament, which would be worth around twenty seats or so, dependent on all sorts of assumptions (many of which, admittedly, were shown to be foolish by the last results).

More than all this, however, I suspect that the Conservative party will remember what it is that has made it (reputedly) the most successful political party in the Western world: that is, it will remember how to be ruthless in the pursuit of power. By this I don’t simply mean that our present Prime Minister is living on borrowed time. I mean that there will be a thorough investigation of what the Conservatives have done wrong and what Labour did right, and there will be shameless stealing of both programmes and methods as the Conservatives seek to entrench their hold on power.

What I would expect is that, in a few years time – once Theresa May has absorbed as much public hostility as possible and become our Lady of Sorrows – she is elegantly replaced by a leader who knows how to emote in public in an engaging way; someone who can use social media effectively; and someone who can sell whatever Brexit compromise has been reached by that point.

What Grenfell has crystallised, I believe, is a thorough rejection of ‘Conservative’ values in the sense just described. That is, in a society which well remembers billions of pounds being handed over to subsidise incompetent bankers and preserve their bonuses, voters simply will not believe that there is not enough money to pay for adequate housing for every member of this nation. Rather, arguing for the benefits of a private sector approach simply comes across as heartless and grasping, a ploy to preserve benefits for the elite whilst ignoring the plight of the poor. There is no future for that approach.

However, looking at the larger picture and the wider political movements (of which Brexit itself is a prominent part) there is clearly a place for a politics which emphasises the values of a community. Not an abstract community defined from above but the natural and organic sort of community that spontaneously develops amongst people of good will who live in close proximity to each other – that which has been seen most vividly in the streets of North Kensington as the community there has rallied around to support those who have lost their homes at Grenfell. Those sorts of values fall very naturally into the ‘Tory’ framework I mentioned above.

I said ‘socially liberal Tory above’, by which I simply mean someone who is comfortable with the main elements of the sexual revolution and gender equality as I can’t see any mainstream leader being successful if they try to go against those things. It would be best if such an acceptance was unquestionable, and could not be portrayed as a purely political gesture.

Does such a creature as a socially-liberal Tory exist, or is this just a product of fevered and wishful thinking? Well, this isn’t a prediction for her future career trajectory, but Ruth Davidson really does seem to tick most of these boxes… Watch that space. 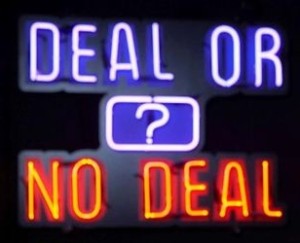 With all the language flying around about whether “‘no deal’ is in fact a bad deal. It is the worst of all deals” (Corbyn) or “no deal is better than a bad deal” (May) we need to be a little clearer about what is being discussed.

There is the existing acquis with the EU; this will come to an end at the end of March 2019.

After that, there are actually (at least) two distinct things that need to be done.

The first is the setting up of all the normal agreements that apply between sovereign states, as regards air transport for example. The second is what falls under the heading of a ‘free trade agreement’.

To be clear about the difference, consider that Canadian airlines happily flew to EU destinations prior to a free trade agreement being put into place last year.

Much of the doom-mongering about Brexit rests upon a conflation of these two agreements. So visions of air travel coming to a halt are based upon the notion that the first sort of agreement will not be implemented. I consider this quite a remote possibility – not impossible, just very unlikely. There will be dozens of civil servants on both sides whose sole job rests upon making sure that the world doesn’t come to an end in March 2017. I have every confidence that all the small details will be considered and an agreement signed.

With regard to a free trade agreement, I believe that the UK could *survive* without one, if need be, and I am philosophically inclined towards a more radical ‘unilateral free trade’ option, with some safeguards (eg to protect the NHS against predatory US health industries). Again, there could be a free trade agreement, as all the necessary elements are already in place – it’s a question of preserving something that already exists rather than creating something new out of nothing. However, I do remain sceptical that sufficient political will be generated in good time, so we do need to prepare for the hardest of Brexits. (Although, if in February 2019 Theresa May changes her mind and applies to join EFTA, I’m not sure what the EU could do to stop her!)

The reason why I used the word ‘survive’ above is because I am now much clearer about the costs that will come when we come out of the single market. Those costs will be real. However, they don’t make me regret supporting Brexit. I rather look towards where we shall be – as a sovereign state once again – in twenty, thirty, fifty years time. The EU will have gone through a ruinous time and may well not exist in that time frame, and even if it does, it will struggle with all sorts of financial and social catastrophes. We as a nation will be much better off outside that vortex rather than inside.

With a hard Brexit there will be five to ten years of significant economic pain (assuming the no-free-trade position remains). Those parts of our economy that have been most thoroughly integrated into the single market will bear the principal cost, and will be forced to adjust or die. Yet over the longer term, exposure to larger worldwide markets that are growing more quickly is a recipe for faster growth and more secure jobs.

This is the case that Theresa May needs to be making, rather than simple counter-productive sound-jibes against Jeremy Corbyn (whom I like). May has led an appalling campaign, revealing her own worst tendencies (that have been known about for some time). She needs to raise her game, and we as a nation need to raise our game. We are about to be launched from the side of a large passenger liner into choppy seas. Whether that liner is about to sink or not is no longer the most important question; rather, we need to steer a very clear course to ensure that we navigate our own waters successfully.