Introverts are to extroverts what American women were to men in the 1950s — second-class citizens with gigantic amounts of untapped talent.

Recommended for stressed clergymen!  Nothing quite like it… (Available here) 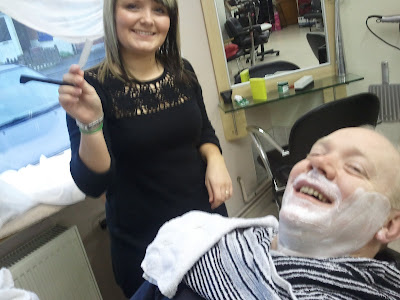 The story of Adam and Eve from the Book of Genesis is one of the truest stories that we know. By that I do not mean that it is an accurate account of historical events – which would render a trivial truth at best – but rather that it is a story which tells us profound truths about our human nature. It is a story that reveals us to ourselves.

The story is about a loss of innocence, and then a process of blaming and accusation, followed by an expulsion from Paradise. This is a true story because this is something which happens repeatedly in human life. Christianity talks about this using the language of ‘The Fall’ – that is, we understand this world as Fallen, by which we mean that it is broken, that things go wrong, that the world is not operating in the way that was intended. Christians also believe, of course, that what went wrong with Adam is put right with Jesus – “a second Adam to the fight and to the rescue came” – but this understanding does not remove a sense of the world being broken, in which things and people have gone wrong and will continue to go wrong again.

This is something of a ‘tragic vision’, but it is also, I would suggest, a very realistic one. Moreover, it is a vision that has distinct and practical consequences for how we should live from day to day. That is, this is a theology that has political implications – which all authentic theology does. To bring this out, I would like to look at the discussion about ‘Assisted Dying’ that has been in the papers recently.

Early in this New Year, a report was released by a committee headed by Lord Falconer, which was exploring this issue. I would point out straight away that this committee was largely self-selected, and paid for by active supporters of euthanasia, so it doesn’t qualify as an ‘independent commission’ in the laudable sense of that phrase. The committee argued for a change in British law to make it more straightforward for people to help their loved ones ‘die with dignity’.

I can understand why there is a desire to see such a change in the law. Some of the circumstances that have led people to seek to end their own life are indeed truly horrifying, and it would seem as though it is simply compassionate to allow such deaths to take place more easily, without leaving grieving relatives at risk of prosecution. Yet, as the legal saying has it, ‘hard cases make bad law’. The law has to concern itself with the likely use to which it may be put, not simply how it may be deployed in an extreme case.

Which brings me back to the Fall. One of the implications of accepting that we live in a Fallen world – and the sort of circumstances which lead people to support euthanasia are clear evidence that we do – is to expect that people will tend towards making the wrong judgement. Just as Eve listened to the serpent, and Adam listened to Eve, so too will people go along with things which seem like a good idea at the time even when they have been told explicitly – with divine authority! – that certain things must not be done. In other words, when designing laws we should expect and anticipate that they will be used by people with poor or malicious motives. We are not angels, we are Fallen human beings, and that means that we will each of us, sometimes, act wrongly.

If, therefore, we change the law to allow euthanasia – which is what the euphemism ‘assisted dying’ is really describing – then we can expect that it will mean that, sometimes, people will be pressured into ending their lives by people who are acting from wrong motives. Sometimes there will be an explicitly evil intention – lets get rid of Granny so we can seize her inheritance – and sometimes there will simply be accidents and misunderstandings – Granny chooses to end her life earlier because she believes that she will be a burden to the rest of the family, even when the rest of the family would be horrified by such a thought. It doesn’t matter what the specific safeguards are which are put in place to prevent such things occurring – for all arrangements are subject to human use, and in a Fallen world it is that human use which leads to things going wrong.

Clearly, our present system is not a perfect one. Yet accepting that we live in a Fallen world means accepting that we are never likely to obtain a perfect system, and certainly not by our own inevitably compromised efforts. The question is about what sort of imperfection it is better to live with. Do we wish to live in a world which affirms the theoretical sanctity of life, but has a little bit of humane and practical leeway in extreme circumstances – at the cost of some terrible stories about people who believe that their lives are not worth living and who cannot legally end their existence? Or would we rather live in a world where such people were enabled to end their lives when they chose, but at the cost of knowing that some people are now pressured into ending their lives prematurely – and that the law provides a cover for such things to take place? Neither outcome is pure, neither outcome reflects the world as it was intended to be – but that is because we live in a Fallen world, and those are the implications that follow.

Personally, I believe that we have to stand for the right to life, even when doing so carries a significant cost. I was very much moved by the example of the late Pope John Paul II, who at the end of his life experienced great suffering as the ravages of old age overtook him. Yet I believe God also used that time to make him a witness to the sanctity of life, a living embodiment of what he had taught. I read recently a comment saying that, in the future, when Christianity has largely died out in a secular and decadent West, Christians will not be known for how they worship or who they follow, but simply as that strange bunch of people who don’t kill babies and don’t kill their old people. I could live with that.

Most clergy I know think of a week when they do 50 hours as an average load; many do much more (though they’re probably not married…) I wanted to draw attention to two things I’ve read recently.

The first is some research (considered here) that suggests there is a significant decline in productivity when excessive hours are worked over the longer term. There can be a short-term increase, but after about six weeks the productivity declines steadily. A ‘healthy’ load is considered to be around 35 hours for ‘knowledge work’, which is of course what the ‘cleric’ does.

The second is some research demonstrating the link between excessive working hours and depression. (Of course, ‘depression’ is only one of the possible symptoms – a colleague commented that clergy who are overworked and isolated develop ‘idiosyncratic behaviours’ – I’m sure that’s just a euphemism!)

One of the things that I find most challenging is ‘switching off’, because even if I am offically not working, my brain simply processes all the various issues anyway, and if I don’t do it consciously during the day then I wake up in the middle of the night and have to wait for an hour or two for the brain to do its business. There are things that I can do about this, and I’m working on them with the help of my spiritual director – essentially taking time out for contemplative prayer every day, of a substantial length (ie at least half an hour a day, preferably more), and I’m hopeful that that aspect of the challenge can be met.

Here is some advice from – I think – Charles Gore about priestly priorities: 1. Prayer, 2. Recreation 3. Work – because if you put work at #2 then you will never reach #3 and everything will then suffer. Not easy though.

One of my favorite scenes/quotes from LOTR.

My book is now up on Amazon.com   doubtless Amazon.co.uk will follow soon  Mersea people – if any such want to buy it! – should hang on for the book launch when it’ll be available more cheaply

My fear is that bishops/synod/etc. will look at these stats and say ‘oh hurrah, things are getting better’. Well, they are, in the sense of a man who has one leg amputated one week and only has to have half a leg amputated the following week. 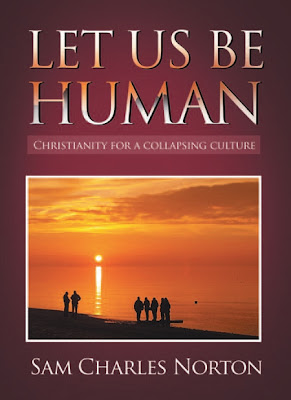 “We live in a time of escalating crises and environmental disasters – how should the church understand them, and how should the church respond to them? In this short, readable and punchy book, Sam Charles Norton argues that the fundamental problem of our time is a spiritual one – that we have forgotten what it means to be wise – and that the path for the faithful through this time of crisis is to re-establish the priority of worship. Only by becoming more distinctively Christian can we engage constructively with the collapse of our culture.”