the great giveaway: The Myth of Expository Preaching & the Commodification of the Word: “Expository preaching operates under the assumption that the congregation (or radio listeners) is composed of individual Cartesian selves isolated and separated from each other yet capable of listening and receiving truth as information from the pulpit.”

Good description of the way in which secular culture (what I call Modernism) infects much ‘conservative’ theology, and also why ‘Sola Scriptura’ cannot survive the change in culture. 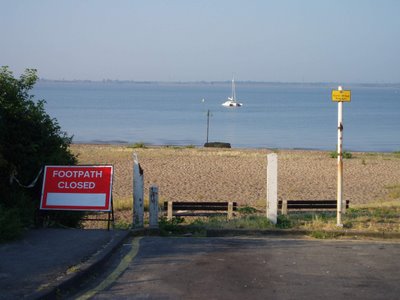 Does Ministry Fuel Addictive Behavior? – LeadershipJournal.net: “But here is reality. Well-meaning pastors can work 80-hour weeks and still not be able to please their flocks.” (HT Eternal Echoes)

I was told something very interesting yesterday. When pastors are under stress, they lose things in the following order:
1st Their wider reading;
2nd Their prayer life;
3rd Their sense of humour;
4th Their humanity.

I’m coming more and more to the conclusion that the cultural expectations on ministers need to be put through the blender. I think often of One Salient Oversight’s comment about teaching being the essential part of ministry (for the truth is pastoral), and also of some of my hassles.

The old is dying and the new cannot yet be born. In the interregnum a great variety of morbid symptoms appear. (Gramsci)

Quite what this means for where I am I do not yet know. I’m pretty sure I am where God wants me though. 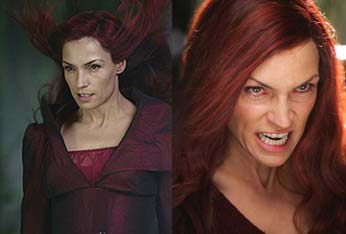 A tale told by an idiot, full of sound and fury, signifying nothing.

As such, profoundly disappointing. I wonder if there will be a “Director’s Cut”, folding in at least a further half hour of plot development and characterisation. That would be worth watching.

Get Religion has offered a very interesting Four Tough Questions, with a view to discerning whether someone is a liberal or conservative.

(1) Are biblical accounts of the resurrection of Jesus accurate? Was this a real — even if mysterious — event in real time? Did it really happen?

SN: Yes. Tho’ there is room for a much longer answer clearing up ambiguities.

(2) Is salvation found through Jesus Christ, alone? Is Jesus the Way or a way?

SN: Yes – but I don’t think they have to call Jesus BY that name (see here)

(3) Is sex outside of the Sacrament of Marriage a sin? The key word is sin.

SN: Yes, but I don’t see it as necessarily grievous, especially compared to the sin that we are all saturated in.

(4) Should Anglican leaders ban the worship, by name, of other gods at their altars?

SN: Absolutely! It boggles the mind that this is even a question.

[You can tell that I am catching up on my blogroll today – nice way to spend the morning of my day off :o) ]

This is by way of a more personal follow-through to that last post. Ranter describes a situation where he has genuine need of an SUV; Looney, in comments, wonders “have you done anything” in this respect.

Truth be told, my lifestyle has changed very little. My research hasn’t yet got to the stage of forcing major changes in behaviour (tho’ I think it will – I just do things very s – l – o – w – l – y). I’ve done some easy things (eg shifting to renewable electricity, beginning the process of planting vegetables) but the major stuff – if anything, I’m moving in the wrong direction. Two major ways in particular: we are sending our children to a private school, which will result in a major increase in our driving and petrol consumption; and child number three is now on the way. Why this decision, in a context where it is the population explosion driving all the problems? Various reasons.

The crunch (for the West) probably won’t really hit for another ten years or so – and we have to do the best for our children today.

I don’t believe the crash is in our power to prevent (tho’ God’s grace may); the crash will cause a huge reduction in population; the problems faced in that situation will be very different to those faced now. In particular I think the environment for my children will be much more hazardous, violent and fraught, and Psalm 127 is never far from my mind.

In the end, though, there is a more or less explicit thread of nihilism in the die-off mind-set, and I cannot accept that. Whilst I can accept that Jerusalem will be destroyed, yet will the exiles return.

And so I decide to hope.

The Alasdair MacIntyre quotation (the conclusion of ‘After Virtue’) that has haunted me since I first read it in 1990:

“What matters at this stage is the construction of local forms of community within which civility and the intellectual and moral life can be sustained through the new dark ages which are already upon us. And if the tradition of the virtues was able to survive the horrors of the last dark ages, we are not entirely without grounds for hope. This time, however, the barbarians are not waiting beyond the frontiers; they have already been governing us for quite some time. And it is our lack of consciousness of this that constitutes part of our predicament. We are waiting not for a Godot, but for another – doubtless very different – St Benedict.”

Peak Oil is what has crystallised a number of strands in my thinking about these issues. I am moving more and more to the view that the core Christian task in these times may not be to prevent the catastrophe from coming – I do think we should do what we can, I just don’t believe we have the capacity to control the process, or prevent a significant reduction in worldwide human population – but to ensure that the events are witnessed and chronicled, in order that whatever remains of our civilisation in the coming centuries can move to a more human future – doubtless never a perfect future, but one more step beyond where we are now.

What we will need to cultivate are our memories and our virtues. Perhaps a new monasticism, one which both embraces scientific processes (to preserve technology) and places that scientific capacity within the larger moral and human framework which enables our flourishing.

More on this as time permits. 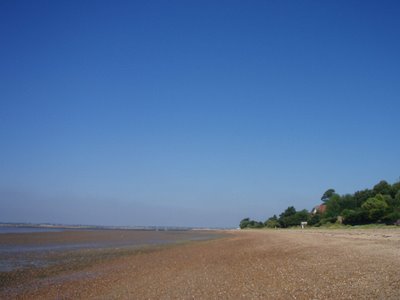 Those of you with pretensions to genuine musical taste should look away now.

Ranter tagged me with the musical meme: List seven songs you are into right now. No matter what the genre, whether they have words, or even if they’re not any good, but they must be songs you’re really enjoying now. Post these instructions in your blog along with your 7 songs. Then tag 6 other people to see what they’re listening to..

1. I like it, Narcotic Thrust
2. Crazy, Gnarls Barkley
3. Personal Jesus, Johnny Cash (sometimes the Depeche Mode original, dependent on mood)
4. Clocks, Coldplay
5. Porcelain, Moby
6. Sometimes You Can’t Make it On Your Own, U2 (could have been one of half a dozen U2; this one just coz I’m thinking about my father a fair bit at the moment)
7. The Man Comes Around, Johnny Cash

I’m not sure I have the nerve to tag someone on this…. 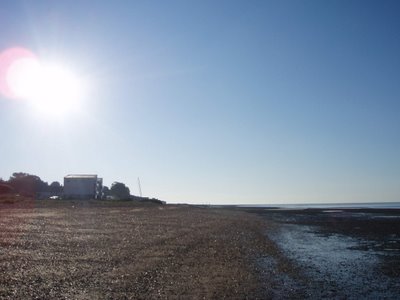