I would count myself as a Scorcese admirer rather than fan – I greatly enjoy his films, but I haven’t seen all of them (eg The Aviator). This, however, seems to me to be his best yet, principally because I found it so orthodox – thanks to the last line of dialogue, which raises it from 4/5 to 5/5. Grim, but wonderful, and with some profound lessons for our culture. Highly recommended. 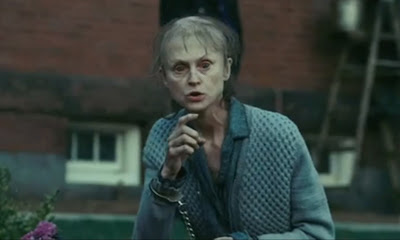 “This is all the more urgent, for you know how late it is; time is running out. Wake up, for our salvation is nearer now than when we first believed.” (Romans 13.11 NLT)

Inspired by reading this before taking a service this morning.

Triangle – 5/5 and I bet you’ve never heard of it! Not a horror, more of a mystery-thriller like ‘Memento’, very clever script, highly recommended.
Red – 4/5 – Helen Mirren with a Gatling gun, oh yes.
Harry Potter 7.1 – 4/5 – satisfying
Legion – 3/5 – entertaining hokum
The Book of Eli – 4/5 – visually interesting, plot solid without being great
Edge of Darkness – 3/5 – Mel being Mel
Into the Wild – ?/5 – I turned it off after 15 minutes as I wasn’t in the mood to watch some adolescent being obnoxious and stupid for the next two hours – might go back to it one day
Holes – 4/5 – satisfying family film with a good message (older children)
Invictus – 3/5 – OK
The Box – 4/5 – I’d like to rewatch this at a later date, the rating might rise to 5/5; the trouble with movies like that is that they are too clever for the mainstream audience at which they are pitched (says the very low-brow Rector!!)

1. Poor +Pete.
2. It is perfectly legitimate to take the oath of allegiance whilst maintaining Republican views – at least, that was my belief when I took them, even though I wouldn’t describe myself as anything like a republican (in the UK sense) these days.
3. The problem with +Pete’s remarks, as compared to, say, spouting rampant heresy or nonsense, is that they were immediately and directly hurtful to the couple concerned. I don’t think it is wrong to have a higher standard with regard to pastoral care than doctrine (even though, in the long run, maintaining right doctrine is the foremost pastoral task of a Bishop). 1 Timothy 3.2 is also relevant.
4. The Daily Hate-mail is an odious and obnoxious organ, which faithful Christians need to ignore, for the sake of their spiritual health (even if I take great interest in reading some of their columnists, like Peter Hitchens).
~~~
5. Rowan called on the new Synod to have a grown up conversation theologically. He also talked about the ‘realities’ of the situation. One reality of the situation that he did not address is that the US church and the GAFCON churches will not enter into a meaningful covenant together. It is therefore disingenuous of him to plead that we acknowledge a reality whilst not being real himself. Either he takes the high road of calling for more Christian behaviour from everyone (which would carry authority from him), or he takes the pragmatic path of saying ‘this is our bed and we have to lie in it’. Straddling the fence in the way that he does is uncomfortable for him and catastrophic for us.
6. The pragmatic choice facing the church is not, therefore, between ‘division’ and ‘no division’ but rather ‘where shall the division fall?’. Having an honest and direct conversation on that subject would be much more helpful than the frankly abstract and legalistic semi-theological ramblings that we’ve endured so far.
7. There was a distinct whiff of fear being stoked to drive the conversation forwards – if we don’t do this then terrible things will happen (vaguely defined). Fear is the opposite of faith and therefore a good indicator of what it would be a mistake to do.
8. Much of what Rowan said amounted to a plea to trust him. Sorry, no. I revere him and consider him a holy man in all sorts of ways, but on this issue I do not trust his priorities, so the appeal fails.

All of which makes me a little sad this morning.

Tim has started a really interesting series on ‘The Anglican Way of Following Jesus’, kicking off here, which looks to be really good (not least as Tim is so heavily tempted by/ influenced by the Anabaptist tradition).

However… (you knew that was coming) I wanted to pick up on something that Tim wrote: “We agreed that we were both heartily sick of hearing about the Anglican covenant (from both its supporters and its detractors)”. I can understand that, it’s not as interesting or as soul-feeding as all the things that Tim will be writing about, but I want to argue that it is something important to consider – or, perhaps better, I want to describe the way in which it is important to consider it. 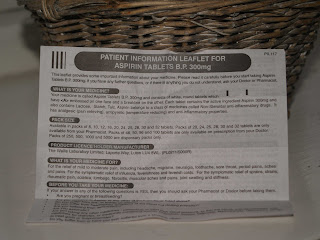 In the same way, when it comes to the faith, all you need to know in the vast majority of cases is ‘Jesus is Lord’, and then ‘take the pill’, ie apply it in your own life – and then your pain will be eased.

The small print is there to give much fuller and much more specific guidance; it sets out what the aspirin is for, and it outlines how it is possible to abuse the aspirin, possibly in life-threatening ways. It is not intended to cover ‘normal use’ – it is designed for those who have some understanding of the drug (and to cover the company’s back in case of a lawsuit of course!) and need to know more specific details about how and when to use aspirin.

That’s why we argue about it, and that is the nature of its importance. 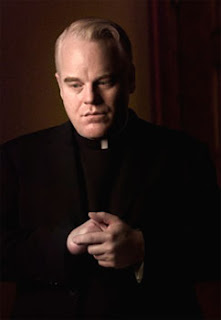 Absolutely superb, and I was thinking about it for ages afterwards in order to come to my own conclusions about the question at hand! 5/5

(In that alternate universe where they were making a film of my life, PSH would be the one playing me…)

I’ve updated one of my other blogs – the one that has the Courier articles – so my recent sequence of 3 on general spiritual questions is now available there.

1) Turn on your MP3 player or music player on your computer.
2) Go to SHUFFLE songs mode.
3) Write down the first 15 songs that come up–song title and artist–NO editing/cheating, please. 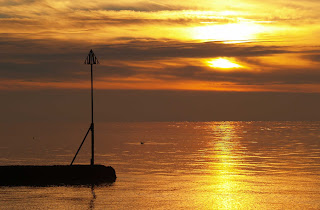 As it’s been a while since I put one up…

One link today – go and have a listen to the track(s) at MadPriest’s place, which is a long time favourite of mine – I even referenced it in conversation last week.