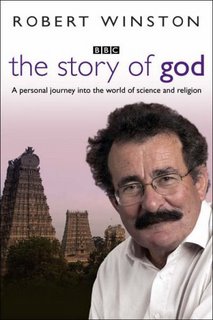 Robert Winston is a very engaging and likeable man. With his bushy moustache and gently sonorous voice he is a distinct and reassuring presence – an ideal guide for television to use when trying to teach us about developments in science – an area in which he is most impressively qualified, and for which he is a most humane and impressive advocate. At the behest of those same television authorities, however, he is now guiding the viewer into ‘The Story of God’ – and this is a review of the book written to accompany the series. His results in the sphere of religion fall short of the standards he has achieved in the realm of science.

It is proclaimed as a more personal work than previous publications (eg “The human mind and how to make the most of it”) and there are indeed intriguing snippets of his own upbringing to provide interest for the reader. Winston is – at least culturally – an Orthodox Jew, although his sense of God seems lukewarm at best (“I am not an atheist… I am prepared to accept that God may exist” he writes in chapter one) and the book as a whole is compromised by an acceptance of conventional opinion in most of the areas he covers, not least Christianity.

In particular Winston perpetuates the false teaching that Paul was more responsible for the shape of the Christian religion than was Jesus Himself, writing (pp152-153) “In Paul’s letters Jesus was turned into a divine figure, because this would have been more appealing to his Greek audience, who had no pre-existing ideas about what a Messiah was” – one can hear the voice of AN Wilson at this point, whose work on Paul was the most recent transmitter of this mistake. To succeed in writing a book like this, Winston should have become acquainted with some proper New Testament scholarship, rather than the second hand (and rather neurotic) conventional thinking which still so characterises what passes for ‘educated’ discourse in our present society. Bishop Tom Wright’s ‘What St Paul really said’ would have been a good place to start. Winston does make some legitimate strikes against Christianity – not difficult, for clearly there is much in Christian history for which all Christians should repent in dust and ashes – but I suspect that his reliance on dubious sources has obscured for him just how Jewish a faith Christianity is.

In contrast to this, Winston seems to bend over backward to praise Islam, perpetuating the nonsense that Islam has historically been more benign than Christianity. He writes on p193 ‘[Islam] has also, since its earliest days, been a highly tolerant faith’ and later (p227) remarks that the Cathars who fled to the Balkans in the Middle Ages ‘became absorbed into the more tolerant Islam of the area’. Again it would seem that a reliance on conventional thinking has compromised his perspective; to have been effective, Winston should have at least addressed some alternative views on Islam, eg those of Robert Spencer (‘The Politically Incorrect guide to Islam’).

Whilst I enjoyed reading this book, and, indeed, learned many interesting details from it, I couldn’t recommend it from either a Christian point of view, or from a general reading point of view. For a neutral reader there are better overviews of the history available (Karen Armstrong’s ‘The Story of God’ being perhaps the best, and one of the main sources for Winston), whereas for a Christian there are too many errors, omissions and misinterpretations for it to be worth investing time and treasure in. It is disappointing to think that, on the back of Winston’s fame and not inconsiderable charm, this book is likely to sell well, thereby perpetuating various damaging distortions and conventional misrepresentations about Christianity in our society, and inhibiting the spread of the gospel.

One of the key persuaders for me about PeakOil was the fact that oil companies are not investing in increased production (eg through more refineries etc). They know that there isn’t going to be enough oil to make it worth their while – even at these higher prices. So they are diversifying into other energy sources. Which is a very hopeful phenomenon, especially as it applies to developing energy storage systems. That seems to be the one thing that would make a big difference on the other side of the great dislocation. 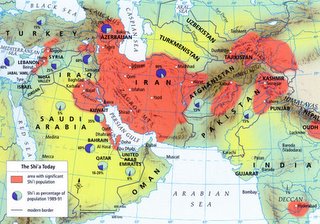 The red areas are where the Shia population is dominant. 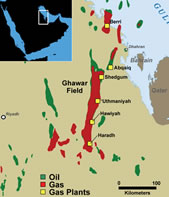 And compare it to this one, which shows where the oil is in Saudi Arabia (I couldn’t get one at the right scale – this is a ‘close up’ – to get a proper sense of the size, focus on Bahrain).

The point of which is simply that most oil is concentrated in Shia-dominant areas, and Iran is a) in a very strong position, and b) is controlled by a more assertive leadership. 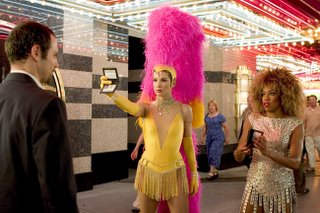 OK, I confess, I have a thing for Sandra Bullock.

(My better half is aware and understanding).

OK film, quite fun, but probably for devotees and lovers of mental chewing gum only. 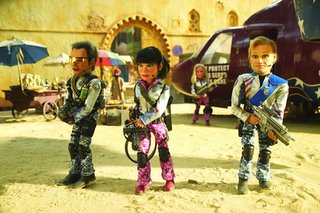 An excellent 15 minute sketch stretched into 90 minutes of movie. Fun, but not great.

Since discovering the blogosphere I’ve been using Awasu to follow things. But I hate it – it must win a prize for the most annoying piece of software. So I finally took the plunge and I’ve spent the past half hour shifting my feeds (forty or so) onto the Sage plug-in (for Firefox, and if you’re not using Firefox… er, why not? If somebody gave you a ten pound note and said ‘here’s a tenner, you’re life will be better’ would you say no? even after exhausting all potential paranoia?)

Anyhow. Sage is really good. I’ve only been using it for ten minutes, but the best thing about it is that I can now read the feeds as they are written and displayed on the blog page, not just the text. Which definitely makes a difference for some.

I also downloaded the ‘just blog it’ add-on, which I’m about to start experimenting with….. 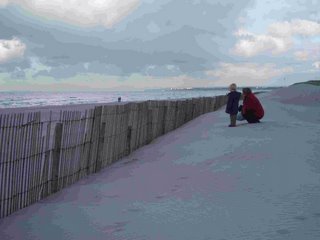 The family were taken – a couple of weeks ago – to Le Touquet by a friend. The first time on Le Shuttle for all of us; first trip abroad for the children; all very exciting; and all very much appreciated. Thank you my friend. 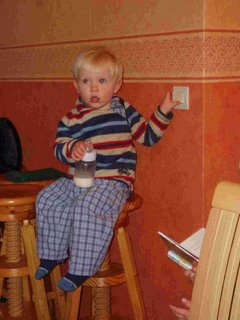 When did you say the lights were going out Daddy? 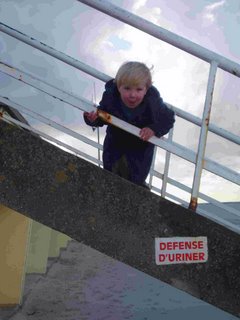 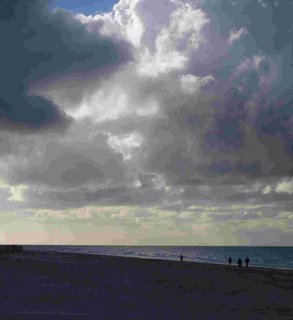 Off with family to a B&B for a weekend. Omigosh. “Clergyman has weekend” shock….