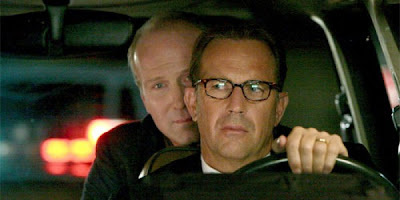 Absorbing, and more than competently done, but ultimately empty. 4/5 for a good plot. 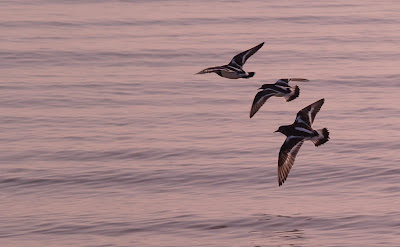 I should just say that there aren’t any TBTMs at the moment because a) I’m struggling with a nasty flu-bug type of thing, and b) my visiting mother-in-law has taken on the dog-walking duties, so I’m not on the beach myself!

UPDATE: I wanted to engage with James’ comments in a new post, but they’d sit better as the flesh on the bones of this one…

James: Interesting, but not persuasive of anything further than the old “New Atheists are just atheists with potty mouths” argument. Brown doesn’t seem to have read most of the folks he pillories. Worse, though, is the quality of his arguments. I am, first and foremost, not at all sympathetic to the idea that philosophy is, when it comes to its basic (and many of its more advanced) questions, some sort of specialized discipline requiring the “authority” of formal education in its subject matters to discuss. This is even more true of theism, deism, and atheism than most subjects.

Sam: I’m pretty sure that Brown HAS read the various people concerned (I’m sure he’s read more than me for example) but I think you miss his point by talking about philosophy exclusively – part of Brown’s point is to try to widen out the discussion beyond the narrow confines of 20th century analytical philosophy.

J: Brown’s definition of the “New Atheists” definition of faith is, well, unsatisfactory. This is no real fault of his own, as I think this is one of those words where “you know it when you see it,” much like the ongoing struggles to define “truth.”

J: Brown’s proposition of a rigorous adherence only to science as the route to all knowledge is likewise more straw than man. As I read many of the fellows Brown lambasts, science is, in their view, the route to certain knowledge. That is to say, anything that science cannot attest to is, at heart, conjecture. Some of them might apply this to all things god, but not all; this route is used to attack some of the pillars of Abrahamic monotheism, and so I think it is natural for Brown and other Judeo-Christians (and Westerners in general) to believe that if one has no god, one must have science as their sine qua non.

S: the issue is whether there is legitimate knowledge (or insight, or wisdom) which doesn’t come via the scientific process; more broadly, whether scientific knowledge is the best form of knowledge possible for a human being to attain. The ones Brown is criticising tend to more or less explicitly hold to a scientistic/ reductionistic/ materialistic outlook which presupposes that scientific knowledge is precisely that – either the only legitimate form of knowledge available, or, the best sort of knowledge available. I reject this, and I see a rejection of this as one of the litmus tests distinguishing between humourless and sophisticated atheisms (or, more provocatively, whether an atheist is brain-dead or not). I see this as the most important (and intellectually interesting) area of discussion.

J: Many atheists do use “reason” as an attack on religion. I don’t think this is fair, or accurate: reason describes a thought process, which the religious do use. Where the “New Atheists” score is that the reason and logic used by the religious starts with premises that presuppose the conclusion; to put it in scientific terms, no room is made for the null-hypothesis.

S: Agree with the first bit 🙂 I know lots of religious people who explore the ‘null-hypothesis’, we tend to call it apophaticism.

J: Brown makes a mistake he accuses the “New Atheists” of (rightly or wrongly, depending on the case): The conflation of religion, faith, and belief. Religion imposes a structure upon faith. The Enlightenment was not an atheistic project, but an anti-authoritarian one. It sought, and seeks, to upend these structures. Indeed, that is the very problem with Protestantism: it falls short of reaching its logical – and correct – conclusions. Largely because of the real world implications of such an upheaval.

S: I think we need to have a conversation about these words “religion”, “faith” and “belief” because I think they are used in different ways, and no consensus can possibly form on that basis. Once that became clear I might end up agreeing with you.

J: I don’t think Brown understands the objections to religious moderation: Without an honest rejection of literalism or an acknowledgment of metaphor, fundamentalism and liberal denominations are joined at the hip, so long as both insist on the absolute certainty of core doctrines. It’s like enabling an alcoholic family member: you refuse to buy the rounds, but you don’t actually slap the fucker around and send him to rehabilitation because you might find some dysfunction in the core of your family system that started the whole thing to begin with.

S: I get the analogy, but I don’t understand the point (possibly because there’s more to Christianity than the fundamentalists and the liberals).

S: Do unpack that a little more…. 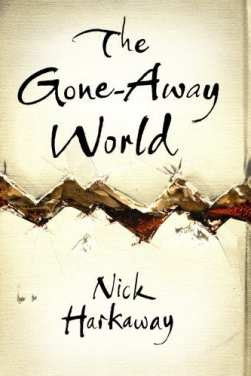 Awesomely good – intellectually intriguing and creative, extremely well-written and absorbing, and, last but not least, I’d recommend to any philosophy students wanting to know what ‘reification’ means.
With a h/t to Mike Bursell who recommended it to me. 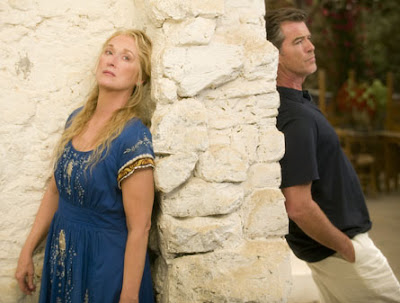 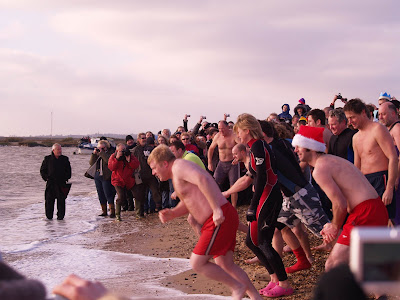 Otherwise known as the Boxing Day Dip in aid of the RNLI.
More photos on Facebook for those who are my friends there.

I’ve definitely gone off the idea of posting sermons, but my boss liked this one, and as I had written it out in full – very rare these days – I thought I’d shove it up.

This will be a sign to you: a baby lying in a manger

I’d like to begin my remarks tonight by talking about the end of the world, the twilight of the gods, gotterdammerung, ragnarok, armageddon – the day when Tesco has nothing left on its shelves – and what I want to say to you on this magical night is: “this night all gods die”

For what do we think of when we think of the gods? The traditional mythical portrayal is normally of heroic figures, of Zeus and Apollo, or Odin and Thor – characters that are larger than life, filled with mighty power and special skills, who can interact with mortals but only from a position of great superiority

So why might I claim that gods such as these die on a night such as this? Simply because, for a Christian, here is where the real God, the one, true, living God, God with a capital G, can be found – and can be found, moreover, in the form of a small human baby.

This will be a sign to you: a baby lying in a manger.

A baby who is not invulnerable and filled with amazing strength; this baby is an especially vulnerable one, homeless, a refugee, warmed by the breath of the animals as he struggles into life in their feeding tray – and remember, at the end of this story, this god gets executed like a common criminal

we cannot believe in both sorts of gods – it is either one or the other – so we can either believe in gods geared around strength and power and victories, a celestial form of “my dad is bigger than your dad” – or else we can believe in a god that can be discovered in what is weak, what is not respectable, what can so easily be ignored by all the people well fed, warm and satisfied in the inn.

this will be a sign to you: a baby lying in a manger

or perhaps there is room to disbelieve in both? to disbelieve in all the Greek gods, and the Norse gods, and the Celtic gods and so on – and then, as some atheists like to put it, to not believe in just one more? I don’t believe that’s actually a possibility, for let me ask the question: what are the priorities around which we build our lives? for that is really what the gods are – they embody and personify our values, they represent those things for which we strive, they are what guide our choices day by day, as slowly but surely we either build a prison for our souls, or a home in which to live – and everyone, even atheists, has priorities in their life

for all that happens, when people are deceived into thinking they don’t worship any gods is that other things, things that we don’t normally recognise as being gods take the place of God, and these become the objects, the idols, around which lives are built, and lives are then destroyed. After all, possibly the best example we have seen, this year, of a god being toppled is our financial system, what Jesus called Mammon – and we’re all vulnerable to that temptation, to look to the accumulation of wealth to provide security, and respect, and comfort, and happiness – it doesn’t of course, and in a time such as this, when that particular god has toppled to the floor, the emptiness of that worship is revealed for all to see

such gods are not the one, true living God – for the hallmark of the true and living God is that worshipping Him leads to life, not death; it leads to peace in our hearts, not strife in our souls; it allows us to flourish as fully human beings, to know and become who we truly are, and not simply to be pieces chewed up and spat out by an unthinking and uncaring system

how then, if tonight is the night when all gods die, how can we learn to listen to that living God? Well let us pay attention once again, to that small and vulnerable baby, the one that can be pushed aside so easily.

This will be a sign to you: a baby lying in a manger.

Let me suggest that the living God speaks his Word in just the same way; he will not normally light up the sky in bright neon to tell us what to do; no, his is a quiet voice, one that is easily pushed aside or shouted down by all the voices that fill our heads – of friends, of family, of society, of economic necessity – but this quiet, easily pushed aside voice – this voice is persistent, this voice will never leave us, for this voice leads to life, and the eternal desire of this voice is to lead us into abundant life

this voice speaks a word to us, a word which was there in the beginning, when we were first thought of, and a word through which we ourselves were made – it is a voice which already knows the fullest truths about us, more truths than we are even prepared to admit to ourselves in our most private moments – and which speaks a word of love in just those places, at just those times

if we can but listen to that voice, if we can but leave the comfort of the inn, and go to be in the stable, with the shepherds and the wise men, and the donkey and the ox, then we too can hear this voice which leads to life – for that is what is at stake in this story of the death of the gods, and the birth of the living God

this will be a sign to you: a baby lying in a manger.

may each of us hear this voice of the living God, so that Christ can be born in our hearts, this Christmas time, and for ever more. Amen. 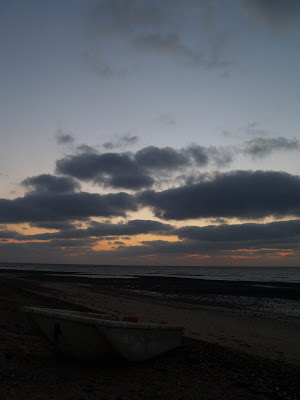 I wish you all a joyful Christmas season. 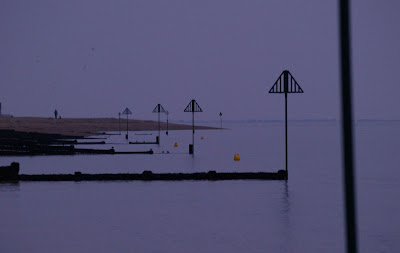 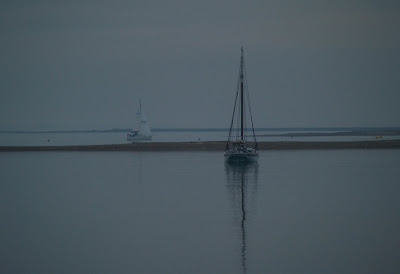