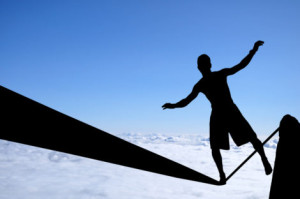 I write this article a few days after the latest terrorist atrocity in Manchester, and I wonder what is the right word to describe what has happened. Clearly there is a link between this barbarity and previous barbarities in Stockholm and Paris and Nice and Westminster and Florida and the rest. Should they be called ‘Islamic terrorist acts’? I would say that there is a lot of justification for doing so, for such acts draw upon a long tradition within Islamic thought going back to Muhammed himself.

To do so, would, however, open myself up to all sorts of problems that might make my main points irrelevant; or, if not irrelevant, at least unheard. For as soon as the word ‘Islamic’ is deployed in this context, then the clouds of politically-correct opprobrium descend, accusations of Islamophobia and fascism are made, and all rational considerations depart.

Yet this is also why the police force in Rotherham turned a blind eye to the systematic child abuse perpetrated by those of a particular community in that town. They were afraid of being called racist. As a result thousands of girls suffered horror. Perhaps the only courageous path is also the only honest path – we have to start using the most accurate language to describe the problems that we face. In Manchester, as with Westminster and all the other atrocities, what we face is a form of Islam.

How might we engage with and overcome such a problem? There is a tightrope here that we must walk across with great care.

The recent election in France, to my mind, portrayed the two sides of the tightrope, each one representing a fall into the abyss, two equal and opposite catastrophes. The first catastrophe is Macron, representing an unfettered globalism, where nation states are simply inefficiencies to be overcome by technocratic capitalism. Human beings, both individually and as persons bearing particular cultures, are simply resources to be deployed in the great march towards making more money. Such an approach is both dehumanising and ecocidal, a last flourish for the 1% before the deluge.

Yet Le Pen also offered a catastrophe, one of dehumanising nationalism coupled with a near-imbecilic economic policy. Human beings, when threatened, have a long-studied tendency to scapegoat others when confronted with challenges to their well-being and their world-view. When all that has been held sacred by a community is laid waste, and insult is added to such injury by the suppression of truthful discussion, then the subsequent anger seizes upon the closest available victims on which to vent their furies.

There is a tightrope to be walked between these two options, and we cannot walk upon that tightrope without an honest and truthful account of what is actually happening in our society.

Which means, to my mind, that we have to speak openly about several things. The first is that we have to say that there is a problem with the Islamic community. It does not affect the whole community but it does represent a significant part – a part which is convinced of the inferiority of Western ways of life, and the need to attack such ways using violence. There needs to be an honest conversation about the roots of such attitudes within broader Islamic patterns of thought. Without this discussion, without this ‘bringing to light things now hidden in darkness’, the control of this conversation simply passes to the most extreme voices, and that serves nobody’s best interests.

We also, however, need to talk honestly about the nations, about England and Britain, and about what it means to become a part of such a nation. Much of the contemporary secular mentality is premised on the notion that nations are, as such, obstacles to be overcome in the pursuit of a better life. This doesn’t just apply to economics, where the expansion of ‘single markets’ reduces the role for national governments in order to maximise profits. Rather, the nation as a source of stability and identity, a focus for loyalty and thereby a ground for community cohesion, needs to be affirmed explicitly and confidently by the whole range of our leadership.

Lastly, we need to talk about religion. Most especially we need to understand the way in which discussion of religious issues in our society are bedevilled by our own peculiar history. We need to understand that our professed ‘enlightenment’ and release from traditional religious beliefs has served merely to blindfold and handcuff us in this present crisis. Without a coherent understanding of the role of religion within our national life, and most especially within the life of those who wish to destroy our culture, we will forever be compelled to robotically reiterate moronic mantras like ‘this has nothing to do with Islam’ and we shall suffer the inevitable consequences.

We are so much better than this. We need to avoid such politically correct platitudes that avoid addressing our crisis; we also need to avoid all forms of scapegoating and victimising that pretend to wash our hands of any role in what has gone wrong.

Rather we must engage forthrightly, honestly and courageously with our present predicaments, naming truthfully what is presently happening and yet not collapsing into a reactionary fantasy seeking a restoration of what has been.

We have a tightrope to walk. It is a tightrope made of truth, a tightrope that leads to a hopeful future for all who live in this land, where all give their active consent to a form of life that preserves the peace between all our communities, where we no longer fear to wake up to headlines announcing yet another slaughter of the innocents.

May our political leaders find their proper balance as they seek to carry us across the abyss.

In the light of what is happening in Newcastle, I have started longing for a clearly articulated and authoritative Anglicanism – an obedient via media.

We won’t get anywhere until we understand what the authority of the church both is and is for.

If we believe – as I believe – that Christ granted authority to the church in many matters, and that the Church of England truly bears witness to the gospel (which is what clergy stand up and say in public before they get started in any ministry) then a key part of bearing witness to the gospel within the context of the Church of England involves offering due obedience to church authorities – on matters of interpretation of Scripture, the ordination of women, and indeed anything else that they may choose.

The situation in Jesmond could not be more egotistical if it tried. It is pride, with all that that implies, including the consequences both temporal and spiritual.

I rather think we need a restoration of classical Anglicanism. Hmm – where do I go to find that? 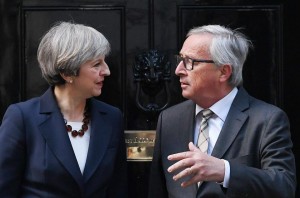 So Juncker has said of May that she is living within an illusion.

He may be right. It may well be that the British government has not yet fully appreciated the sheer technical difficulties involved in trying to remove ourselves from the EU whilst simultaneously trying to form a decent trade deal (decent for both sides).

And yet… I rather think that there are illusions on the EU side too, the largest being the very idea that a nation can flourish outside of the EU, that such a nation might be, not just politically and spiritually but materially better off – this cuts at the very heart of the EU’s raison d’etre.

What was it Mark Twain said about not being able to convince a man of something if he is paid not to believe it? And who pays Juncker?