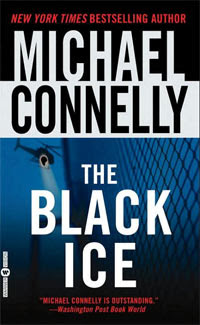 Hurray! A different plot structure. And I’m really starting to get interested in Harry Bosch as a character. Good stuff. 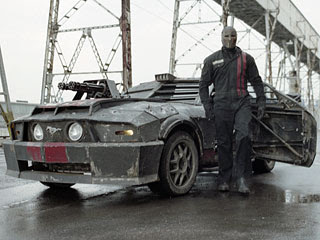 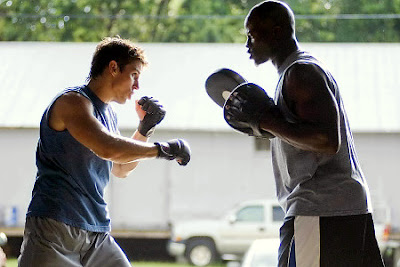 Formulaic, but told with sufficient originality to make it watchable. 3/5

See here for an interesting and related article.

“Humility is the opposite of pride and I think we’ll get a better grasp of what humility is by thinking about its opposite. Pride is a hub sin a sin that spawns a host of other sins: jealousy, envy, slander, a critical spirit, ingratitude to name several. Pride is the impulse and desire to be first, to be adored, admired, and ultimately worshiped. It is grounded in a deep idolatrous love for the self that not only supersedes love for God but produces a desire to be God. When a proud person is not given the honor, admiration, adoration that he believe is due, his response is rage and division. Satan understood that so long as he was in fellowship with God he could never be God, so he rebelled, he divided. Adam and Eve wanted to be gods themselves so they rebelled and divided. That’s the pattern. If you’re a proud person you need the space to be your own little god. That’s why you’re always leaving things and people. Other people make it hard for little gods to fully live into their little god-selves.

Here are 5 things that pride does.

1. Pride takes offense (Cain): Because the primary focus of a proud person is on himself and whether or not he’s being given the deference, respect, gratitude and admiration he deserves, it’s really easy to offend a proud person. If you’re proud, you turn all of your conversations into reasons to talk about yourself, your feelings, your deeds, your opinions, and your looking for the same kind of focus in others. What does he or she think of me? And so when someone forgets to say thank you. Or someone else’s accomplishments are recognized, if your work is unnoticed, your great sacrifices and sufferings not sympathized with, your name not mentioned–you get angry, offended. You take it personally. Because you are always thinking about you, you think everyone else is always thinking about you and so what people say and do is always in some way aimed at you.

2. Pride is envious (Saul). The proud person is sad/angry when others are recognized, promoted, admired, congratulated or praised. If you’re proud, when people speak well of another person’s work or performance, or character, you might play along, but in your heart your thinking of all the ways that the person being praised is inadequate, not quite as good as everyone thinks. You’re thinking about ways that you are better and how blind and stupid everyone is for not noticing. You’re also probably thinking about way’s to make the praised person’s failures more widely known—because its just not fair that he gets so much undeserved attention.

3. Proud people hate to be criticized even constructively but love playing the critic (pharisees). Now, it is true that nobody loves criticism. I don’t like it one bit. But if you’re proud you simply cannot handle it. You’re not just defensive, you are unable to process the criticism as anything but an attack. When you’re criticized, you immediately generate a thousand reasons why the critic is wrong, doesn’t understand, isn’t looking at the facts. Sometimes critics are wrong, especially if the critic is another proud person, but because you’re proud, you can’t assess honestly whether the critic is ever right.

But you’re really good at spotting imperfections in other people, you’ve honed that skill. You have a critique in your head for every member of your family, your coworkers, friends, and you can call up that list at a moment’s notice. The humble person, by contrast, can generally take criticism well and is able to discern good constructive criticism from false and destructive criticism primarily because the humble person is already aware of his own faults and is very honest with himself about them. When the humble person senses the need to confront someone in a critical way about that person’s behavior, he’ll always check himself first. Am I being fare, am I criticizing this person legitimately?

5. Proud people are naturally prone to tear down leaders. If you’re proud, the decisions of your leaders, bosses, parents, anyone over you in any way are always flawed, their assessments always wrong, their motives always sinful. Everything would work a lot better if you were in charge and so your bosses, leaders, parents, teachers, whoever, are always less capable of doing their jobs than you. Nothing angers you more than a leader who will not listen to your wise counsel. Humble people are certainly aware of flaws in leaders and willing to call them on it but the idea of being under the authority of others is not a problem. He can appreciate good leadership because it is not a threat to him.

I believe that most of the conflicts right now in this church have their root in pride.” 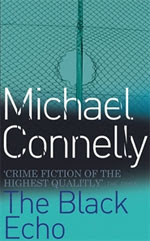 Some lovely people gave me a Waterstone’s token, so I thought I’d spend it on a couple more Michael Connelly books, as I’d enjoyed The Poet so much.

Taken on its own this is a fine crime novel, with an excellently irascible and intriguing lead character in Harry Bosch. However, the great drawback was that structurally it is extremely similar to The Poet. I’ve bought another one – Black Ice, next in the sequence – and if Connelly uses the same structure for that then he will drop down several levels in my estimation. 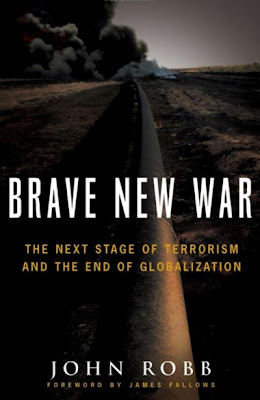 I’ve been reading John Robb’s two blogs for quite some time, so the material wasn’t as startling as it might have been (summary: nation states can’t win against 4th generation warfare; have to shift to more resilient forms of community). Very readable, and interesting for those who follow foreign affairs, but it was hampered by a very time-bound judgement on the Iraq war. I might do a follow-up post on the relevance of this for running a church. 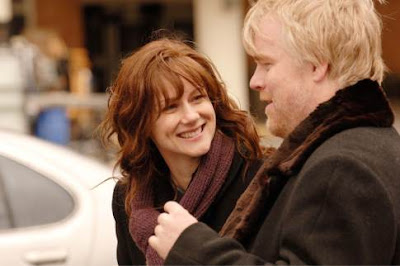 Just what I needed after Tarantino: a real story with real people and something of a message, although I’ll need to ponder it further to work out exactly what was being said. Excellent. 4.5/5 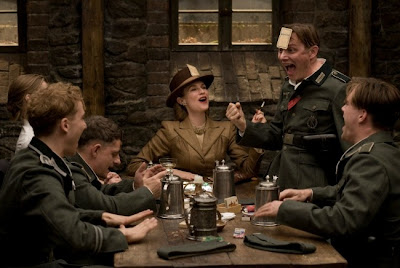 Hmm. I want to do one of those graphs that you can occasionally find in movie magazines that track your interest during the course of the film: an excellently dramatic, verging on the profound, opening chapter, then a disconcertingly zig-zagging subsequent experience as it lurched from pathos to pathetic cartoonery, via pointless bloodthirstiness, until it abandoned all pretence at being a serious film at the conclusion. Still, I guess that was Tarantino’s intention, he’s still basically a geek playing with his new Millenium Falcon. Thing is, I caught a discussion of his on ‘There Will Be Blood’ the other night, and how Paul Anderson had made him try to raise his game. Despite the film’s last line, he’s failed on that score; the first scene above all shows that he has the technique mastered, what’s missing is something else, perhaps something more soulful. He’s managed it with some films (Pulp Fiction has it) but he seems to be making more misses than hits these days.
Oh, should have said: some excellent acting in it, and memorable characters.
3.5/5 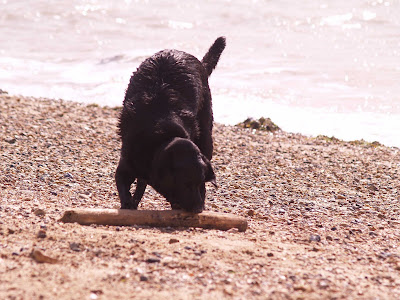 This, I learned, is what the NHS is about — common decency. It is about the shared belief that all the people who live in the United Kingdom constitute a society, and a decent society provides certain necessities for its members. Freedom from hunger is one. Police protection is another. Free healthcare from the cradle to the grave is simply one more item on this list. 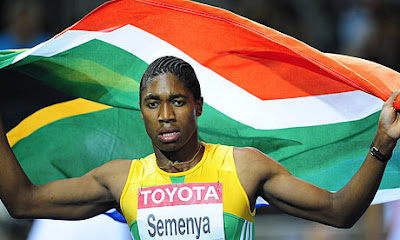 One of the interesting things about the Caster Semenya kerfuffle is how it brings out the inadequacies of essentialist thinking. Sporting discrimination between male and female is predicated on their being an ineradicable difference between the two genders. Contestants have to be placed in one of two boxes ‘male’ and ‘female’. What happens if someone doesn’t qualify under either heading (I have no idea if this lady doesn’t; it just raises the issue)? It brings the classification system itself into question.

This thinking is a key part of what underlies the teaching in Leviticus 18 & 20 that it is an “abomination” for a man to lie with a man. The understanding is (and I’m drawing on Gareth Moore here) that there is a right way for sexual relations to be ordered, and it involves the two parties being members of particular and opposite categories (with male superior to female of course); the boundaries must not be transgressed. Human beings have to fit into the different categories (‘male and female he created them’) and, again, if there are people who don’t fit, it brings the classification system itself into question. Which is why there is the language about ‘the authority of Scripture’ – even if we leave aside questions of consistency, this issue does threaten that authority.

Two of my favourite graphic novel series deal with issues of transvestitism/transsexuality (forgive me if I don’t use the terminology properly), in differing ways. In the Sandman sequence there is a pre-op male to female transsexual called Wanda, who lives as a woman but who, at a key moment in the plot is rejected as a woman (by the Moon) because she has a Y chromosome: she is not acceptable as a female on essentialist grounds. In contrast to this, in The Invisibles, one of the key characters is Lord Fanny, who was born a boy but raised as a girl, and who, in a climactic engagement with the God Mictlantecuhtli is accepted as a witch because she made the God laugh.

What I want to ask is: where are Christians called to stand? Are we with the moon in saying that there is something essential that needs to be safeguarded and preserved – the boundaries are absolute? Or are we with Mictlantecuhtli and prepared to be flexible, allowing our categories to be bent?

For me the answer is pretty clear. We are called to recognise and relate to all people as individuals, not as members of one class or another. In particular, there is such an absence of genuine love in so many places in our world that it seems bizarre not to celebrate love when it can be found.

I see this as a development rooted in Christian understandings – not so much in Scripture as the unfolding of a tradition from that Scripture, specifically the teaching that in Christ there is no male or female etc – in other words, in Christ all the old essentials have been dissolved. Our identity now rests in our relationship with Him and all the other categories can get lost. 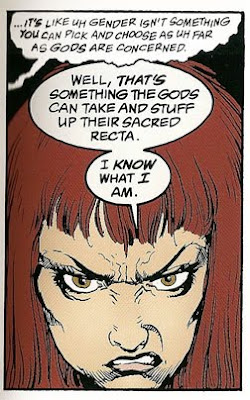 UPDATE: an interesting article, via AKMA.