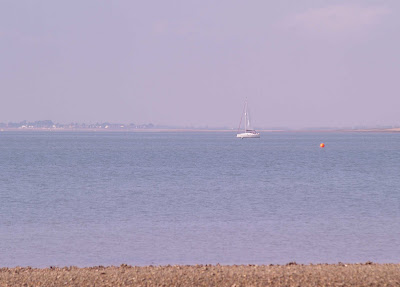 Is bitterness a mental illness?

Which we’re having a good chat about in the comment thread here.

I remain of the view that it’s a bit of a made-up subject, but I’ll write in more detail justifying that some time when I get the chance. In the meantime I would say:
– we’re discussing the cure of souls which is, of course, my day job;
– Bishop Alan links to this, which seems useful and practical;
– St Simon understands the sacraments. 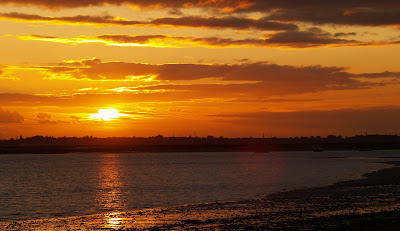 How to create the illusion of a schizophrenic brain disease.
Mary Boyle has been a formative influence on my thinking with regard to “mental illness”, principally through this book.

I see that Tom Cruise has generated more publicity for his new film through attacking a TV interviewer on the subject of drugs for mental illness. Much as I might disagree with scientology, I agree with Tom that there are serious problems with the medicalisation of so-called ‘mental illness’. This is an issue with which I have had to deal extensively, both in my own family life and through my ministry, and the more experience I gain, the more I become convinced that there is something seriously wrong in how our society as a whole treats ‘mental illness’. It reminded me of something I wrote a few years ago, discussed in a 6th form General Studies class (students aged 16/17). I thought it would be worth sharing.

I would like to say a few things today relating to religion and mental illness. As you might imagine, I am speaking from a specifically Christian perspective, and I want to criticise something called the ‘medical model’ of understanding mental illness, and argue that a religious understanding is both more accurate, and more therapeutic. However, I should say at the outset that my perspective is NOT mainstream, and I would recommend that in any examinations that you may have to sit, that you provide mainstream answers. This sort of perspective might gain an extra mark or two if you mention it, but I wouldn’t recommend spending a great deal of time developing this line of argument. However, if in your own life – and nearly one in five women are diagnosed as mentally ill at some point in their life, in this country – you or someone you care about is diagnosed as suffering from ‘mental illness’ I think that you may find it helpful to have a look at these notes…

Medical illness is quite well understood. A person is ill when their body is malfunctioning in some identifiable way – either there is some visible, external problem, eg a broken leg, or there is an invisible, internal problem, eg a virus or cancer, which can nevertheless be discerned through tests or X-rays or similar. In each instance, there is something observable which is independent of the social context of the individual being treated. For example, if a person has cancer, then that cancer will develop in certain particular, well understood ways, and the cancer will develop in the same way whether the person is living in London, West Africa or India.

In contemporary Western society, medicine has advanced significantly through the application of the scientific method. Put briefly, the scientific method depends upon the distancing of personal opinions from the subject being studied – this is why you will sometimes hear the claim that science is ‘objective’ and ‘value free’ – and an investigation of the mechanical processes which underlie our physical existence. So, in medicine, we have a very good understanding of the cardio-vascular system (our heart and lungs) and how they operate, and they operate on very clear physical principles.

So, with bodily illness, medicine has very effective means of studying the problems, and developing solutions. Put differently, we might say that it is appropriate to study the break down of normal bodily functioning in this way. The way in which bodily malfunctioning is understood is called the ‘medical model’.

Let us now consider what it means to be mentally ill. There is something called DSM-III which lists what is counted as a mental illness (this is used specifically for schizophrenia):

(Note at this point, that these are markedly NOT independent of the social context.)

Where a person is displaying these characteristics then they are now classed as being ‘mentally ill’ and placed into psychiatric care. Mental illness is understood by the psychiatric profession to be a similar sort of disorder to bodily illness, except that – and this is the punchline – the causes of the disorder are not understood. Where they are (eg where they can be traced to a specific bodily disorder, such as a virus (encephalitis), or Parkinson’s disease) then they are no longer considered a ‘mental illness’ in the same way, and the method of treatment changes.

Where possible, the psychiatric staff will treat the patient through the use of psycho-active drugs, which either serve to change or stabilise the mood of the person, or to dampen the intellectual energy of the person. In this way the ‘symptoms’ of the ‘illness’ can be treated, and the psychiatric profession can continue to research further methods of treatment with the hope that they will eventually discern the underlying cause of the ‘illness’ and then be able to cure it.

It is my view that this approach is fundamentally flawed, from both a philosophical and religious perspective, and that there is no such thing as ‘mental illness’.

I mentioned earlier that the classifications used to assess whether a person is or is not mentally ill are closely tied in with the social context, specifically, with what a particular society considers to be acceptable behaviour. To take the example of ‘hearing voices in the head’ – in some societies this is seen as evidence of divine favour, and the person concerned is given a respected role as an oracle of God. In other societies it is seen as evidence of possession by demons, and the person concerned is executed. In either case – and in our own society – the classification of the person is determined by what the society accepts as ‘normal’ or ‘abnormal’. This is a decision made by the society, and as such it is subject to questions of morality and ethics – and therefore religion.

When Jesus talks about the soul, the word used (in the Greek) is ψυχή – psyche, from which we get our word psychology, which means the understanding of the soul. In western society, the way in which the symptoms currently described as mental illness were treated were through a religious understanding – the person concerned was not right with God. This way of understanding psychology was dominant for two thousand years and forms part of the core of how priests are trained. As you might imagine, it reached quite a sophisticated level, before being supplanted by modern scientific methods. This was not a step forward.

I mentioned earlier that bodily illness functions independently of social context, and that science studies it through distancing the personal opinions of the person doing the studying. Neither of these factors is appropriate for the symptoms listed on the DSM list.

It may be easiest to put across the difference by considering a particular example. Imagine a woman – let us call her Charlotte – who has an affair with a married man. The man leaves his first wife and marries Charlotte. Six months after their marriage, the man dies suddenly. Charlotte becomes depressed. She no longer functions properly within her various social roles, and is not able to maintain her job. She stops looking after herself and becomes emotionally numb. And so on. Charlotte goes to her doctor, and the doctor prescribes a course of anti-depressants, which lift her mood and she returns to her job.

From the perspective of medial science, all that can be done to help Charlotte has been done, and in fact she has been returned to her work so clearly the treatment has been successful. From a religious point of view, this is a disaster.

To begin with, a priest would consider it natural for a person to go through a period of mourning after the death of a loved one, and that the change in behaviour manifested would not need any further explanation. One of the problems faced in our society is that we are not allowed to be unhappy – happiness has become an idol, and therefore suffering has to be suppressed. This is self-defeating.

Secondly, the language which a priest would use about Charlotte would include words such as ‘shock’, ‘grief’, and ‘guilt’. Charlotte has received a shock, and is not able to come to terms with what has happened. A priest would interpret this by looking at the story of her life up to this point, and in particular at the affair. This is a sin – a breach in human relationships and a breach in the relationship with God. And, bearing in mind the quotation from Deuteronomy (“Behold, I set before you this day a blessing and a curse: the blessing, if you obey the commandments of the Lord your God, which I command you this day, and the curse, if you do not obey the commandments of the Lord your God, but turn aside….” (the book of Deuteronomy, 11.26-28)), if there is sin, then the life will be blighted – hence the depression. The way forward for the priest would be to talk through the story and establish whether Charlotte had any unacknowledged guilt etc which could then be confessed and absolved. The desired outcome would be for Charlotte to flourish once more – without the help of drugs.

In essence, the language used to describe the phenomena which people display, listed in the DSM criteria, is radically different between psychiatry and religion. They are in effect two different languages, attempting to describe the same phenomena. My perspective is that the religious language is both more accurate and more humane, and that it is more likely to lead to healing and the cure of souls.