One regular here has told me that he has a problem leaving comments on the blog – has that happened to anyone else? I notice that the last comment received was in mid-June (real life has distracted me hugely recently). I am deluged with spam since switching to WordPress – why wasn’t I warned? – so I changed the settings a while back. If it’s simply that nobody wants to leave a comment, that’s fine, but if there is a systemic problem please let me know (email is blog title at gmail dot com).

Comments are always welcome, even if I don’t instantly respond! My life should become a little more normal very soon…

Sometime in the last few weeks I went past 200k total hits on this blog. Which I suppose has some significance. Of more interest is the fact that I have over 150 committed and regular readers – and I am very grateful to you all.

My plans are the opposite.

I have various thoughts about where I want to take this main blog: it will continue on the autobiographical/ ministerial/ theological ramblings, but is likely to be a little sharper and (from September) more regular. I feel as if I’ve been retreating for quite some time, and now discover that my back is to the wall. So the only way is forwards. Onwards and up ’em.

My political stuff – which needs cordoning off in order to preserve polite relations with my friends – is here, and my plan is to write something considered once a week, most probably on Friday mornings.

My published articles (still Courier for now) are archived here – updated approximately once a fortnight.

Sermons and other talks will be posted here episodically.

I have 4613 unread posts on my feed-reader (the Flock sidebar). I gave up my feed-reader, along with Twitter and Facebook, for Lent. My mind is boggled by how much stuff I was reading before! That’s well over a hundred posts a day. It’s been a good break – not a total break from reading every blog, just about 95% of them – although it would have been even better if life hadn’t been so busy. Had the strangest holy week ever – but that is a story for another time.

UPDATE: I thought I’d say a bit more on this, following a Facebook question from Archdruid Eileen about how much time it takes up. Bear in mind that a) I read very fast, b) I skim-read vast swathes of posts and c) some of it I only access on my day off. So my concern about it wasn’t about the amount of time it was taking up (maybe an hour a day) it was more about the ‘crowding out’ effect, which I mean in two senses. The first is that by consuming so much information, I wasn’t digesting what I was reading, and I felt that this was unbalanced. The second, linked point is that the time that I was reading blogs was time that I wasn’t reading books. In other words, I don’t think that my time reading adjusted very much between discovering a feed-reader and not, it’s just that what I was reading shifted – away from books and towards the internet. I feel that this is a lower quality diet, so I’m going to change my reading habits – and a great number of blogs (a lot of them church-related) I’m going to quietly drop…

My new subtitle for the blog, the explanation for which can be found in this old post, and, a bit more technically, here.

I think I am finally starting to move. That is, I know where I need to plod to…

Principally for archive purposes, I’ve started a new blog where I will keep a copy of my Courier articles, along with anything else (like book reviews) that get published. My latest (=2 week old) Courier article is now there as the top item. I’m floating the idea of a local currency.

My first post on this blog was uploaded on 31 May 2005. I didn’t have much idea of where it was going to take me, but I think I’m one of those people for whom blogging is a natural medium and so, despite having all sorts of sympathy with those who keep it at arms length, or have abandoned it, I’m not going to stop. Rather the reverse, in fact – I have various plans for developing my blogging further, once I get fully well again.

In five years I have posted 3162 times here, of which more than a third were photos! I’ve also had thousands of comments – one of the most frustrating things recently has been the (hopefully temporary) loss of historical comments, when I was forced to shift from Haloscan to the new Blogger template. I still have the old comments on file, so if anyone comes across a straightforward way to import haloscan comments into Blogger, please let me know. I read and value every comment received.

A handful of highlights:
– Playing a very small role in the SPCK controversy, which led to me getting a mention in Private Eye
– Seeing some of my more autobiographical musings feed into an excellent book about ministry
– Having some of my Peak Oil posts published on Energy Bulletin

There are reams of advice on the internet about how to maximise your blog ratings and numbers, but whilst I did spend time on those a few years ago, I decided that wasn’t the direction that I wanted to take the blog in. This is my thinking space (my pensieve); as such, I have no wish to see it specialising in one area rather than another. That would feel like a form of gagging or self-censorship. It will continue to be a place where I think aloud about my ministry, where I make notes on the films and books and other culture I consume, where I continue to work out the implications of our ecological crisis, where I throw up the things that amuse and delight me. (The one exception to that was setting up my ‘daughter blog’, where my talks and sermons get posted; I’m still musing over whether that is the right thing to have done, but so far so good.) I believe that I have a small but dedicated readership, and that’s enough to keep me going.

In so far as things may change in the future, I am hopeful that I will have the time to write more substantially on theological and philosophical questions, especially book reviews, and possibly film reviews too (in other words, more reviews like this one). I hope to begin that quite soon – I have a particular debt needing paying on that score.

Thank you for reading. 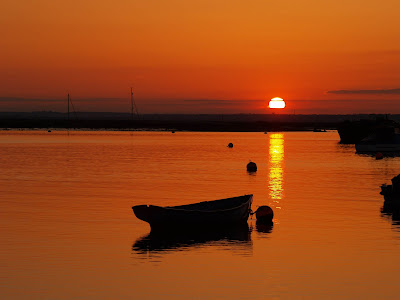 Is a very funny comment in this report on the religion blogosphere (pdf). It refers to what you would do if you just wanted to maximise your hits 🙂

I’ve set up a new blog, to host talks and sermons. There will always be a link to them from this blog, but the new one will be where I’ll put the talks themselves. It’s called, rather imaginatively, ‘Elizaphanian: Talks and Sermons’ and can be found here.

OK – I’m experimenting – and I’ve finally updated to Blogger layouts. This means that a) my old commenting system is dormant and invisible; I’ve still got access to it but nobody else has. Not sure how much of a problem this is;
b) all my old sidebar has gone. Don’t know if that was of any use to anybody but I quite liked having all my links etc there. I might see if there is an easy way to include parts of it in this new format.

What I’m now going to try and do is work out how to stop twitter from publishing my blogposts automatically. Trouble is, I can’t remember how I set that up….