I think there are three things that make worship distinctively Christian.

1. What is done is done explicitly in the name of Christ, the Great High Priest. This can either be done formally (with a signing of the cross whilst saying ‘in the name of the Father…’) or informally (‘we have gathered together in the name of Christ…’). Yet I believe it crucial to do this, not least on grounds of spiritual warfare.
2. That the Scriptures, especially the gospels, are read out loud in the midst of the assembly. Christians are a people constituted by a particular story about a particular person, and to retell the story is a way of recognising that the assembly lies under the authority of Scripture.
3. That there is something sacramental in the worship. Normally this would be the Eucharist but it could be Baptism; more broadly it might include anointing and the laying on of hands, or be a marriage. I see this as essentially Christian as it reflects the logic of the incarnation: Jesus wasn’t just a teacher, he embodied the truth. In the same way Christian worship is not simply about speaking or hearing truth, but about being formed to perform the truth. Sacramental worship achieves that.

It is certainly possible for worship to miss one or two of the above and still remain recognisably Christian (eg Morning Prayer). However, where a community does not have regular access to the full expression of Christian worship then it begins to drift away from the fullness of the faith. This has happened, I believe, with organisations like the Salvation Army (however highly esteemed they deserve to be on other grounds).

Where worship lacks all three of the above elements then I doubt whether it qualifies as Christian. This is one reason why I was so disturbed by the worship offered at New Wine; it was, at best, sub-Christian.

Tomorrow I want to say something about the participation of the believer in worship.

Other posts in this series:
Intro
Participation and Performance
Worship is useless
Greenbelt 09 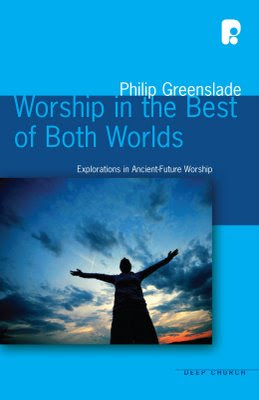 One of those books that began life as PhD and it shows; but basically a very good exploration of how liturgy should be done, from an evangelical-discovering-the-wonders-of-catholicism perspective. Some excellent chapters, some where the academic apparatus drowns the point being made. Not sure I’d recommend it to anyone not already a theology graduate, which is a shame as it contains good material. 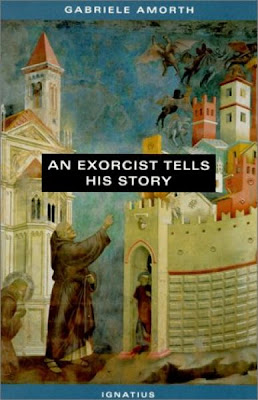 Very interesting discussion and consideration of the ministry of deliverance from a traditional Catholic perspective. Amorth says that he has conducted some 33,000 exorcisms(!), of which he considers only 93 to be genuine cases of possession (bear in mind that exorcism is a diagnostic procedure). Interesting fact: the church first distinguished between demonic possession and mental illness in the late sixteenth century!! Recommended.

Still pondering these things after my experience in Yorkshire. (Did I say I had some really wonderful fish’n’chips up there?). I haven’t reached anything settled yet (except that I have been convicted of the importance of liturgy) but here are a couple of things I’m pondering:

Tim’s put up a testimony here.

More on this anon. 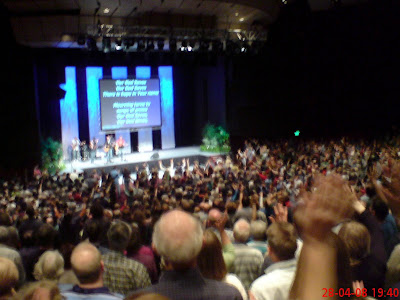 These are my initial reflections on the New Wine Leadership Conference “Releasing the Kingdom”. Brief summary: some prejudices confirmed, but also more confirmed that I have a charismatic side emerging.

OK – back when I had my ‘baptism of fire’ moment it became clear to me that I had some spiritual work to do on my expectations of the miraculous and various other charismatic elements in my nature. In particular, whilst I have slowly become intellectually persuaded both of the reality of miraculous healing, and the importance of that in Christian ministry, I was more aware that I still have a lot of secular assumptions in my habits of thought. So I went to the conference hoping for a breakthrough – or breakdown! – of those habits, so that I could start to act with a little more authority and faith in that regard.

Well that didn’t happen, for various reasons, but I still think it will at some point. The biggest handicap was that the venue wasn’t really a safe place for me to explore these things, but more specific things can be said.

Firstly, I thought there was a good amount of solid teaching embedded in the talks, and I’ve taken quite a few thoughts and inspirations away. I thought that John Coles was quite impressive, except for when he was making cracks about Rowan/ liberals/ homosexuality which were a distraction, and I attended one seminar with Anne Maclaurin which was excellent and very timely for me (lots of things at the conference were timely…), but the main teaching input was provided by Bill Johnson – and I had a few problems with him.

Partly the issue was about a culture clash. Bill is from California and it shows – in his first talk I found it quite difficult to get beyond an impression of appalling arrogance (yes I know it takes one….) but in the later sessions that was less of an issue. What was more of an issue was an underlying disparagement of the intellect. This seemed to be a major element of New Wine as a whole: firstly a division between ‘head and heart’ was assumed (in itself distinctly UNscriptural!), secondly the ‘heart’, ie emotion, was elevated and intellect was consistently denigrated. I think that this was the main reason that I struggled to fit in at the conference. I need to love God with my mind as well.

The second great difficulty, related to that, was the “worship”. When it began I was quite encouraged, and even felt myself tottering on the edge of that breakthrough, as we began by singing ‘Blessed by your name’, which I find tremendously meaningful. Unfortunately the worship band milked the song beyond what it was worth, and it was followed up by distinctly less valuable songs, which were also milked way beyond what they were worth (I noted that every song had to have a final third of repetitions with diminished force – the liturgical instinct cannot die!!). More than that – there was nothing other than the singing. No reading of Scripture, no explicit liturgy, not even a shared Lord’s Prayer: on the whole I found the worship to be something of a starvation diet when I had been expecting a feast (indeed I think a feast would have tipped me over the edge). To my mind, the most essential elements of worship are the public reading of Scripture set in the context of standard prayers that can be learnt by heart – those are the bones which can then be supported and enhanced by the addition of the musical items; without the bones you just have a big floppy mess. (This is to say nothing of the sacramental element of course). This isn’t to say that you don’t want emotion in worship – clearly you do – but that emotion needs to be integrated with everything else as a coherent whole. I kept thinking of the 9.30 service here on Mersea before I left – much better!

There was one rather curious coincidence – of course it wasn’t a coincidence, it was God’s sense of humour on display – but I left the first evening’s talk early, at about 9pm, because I found it less than worthwhile. Back in the hotel room I flicked on the TV and there was a fascinating program asking whether religion was a form of madness (called “Am I Normal?” details here). It was strange to have gone from an environment where I was surrounded by 2000 people speaking and singing in tongues, barking and cackling etc, to watch a fairly dry documentary exploring precisely those phenomena. It confirmed in me that there are some dangers involved in the New Wine way of doing things and that whilst I am convinced that living in the Kingdom necessarily entails healing, the way in which that healing takes place doesn’t have to be shaped by the New Wine style. There was a part of me that thought New Wine had itself been captured by a particular culture – that of US baby boomers, with the uniform of blue jeans and comfortable shirt, and the cultural form of a Rolling Stones concert. New Wine, for a certain sort of believer, must be way cool.

The best element of the conference was the chance to talk to colleagues from Mersea about it all, and to get some hints and tips about how I can take it forward, which is really about two things – taking it forward on a personal level, and taking it forward as a ministry on Mersea. The latter will probably involve something that could be described as ‘Charismatic Catholic’ – which is where I suspect I will end up churchmanship-wise – but the former is still a bit blurry to me. One especially helpful thing was a comment saying that the shift is best described, not as a ‘baptism of the spirit’, for that has already happened for each Christian – but as a ‘release of the spirit’. That makes an awful lot of sense, and will probably form my sermon on Pentecost Sunday!

So: a very worthwhile experience, timely in many ways, which moved me forward in my journey and confirmed me in the general direction that I’m travelling in – but also something that confirmed for me that New Wine isn’t the right vessel to carry my spirituality forward. It’s not a “comfortable coat” – which was, I believe, an authentic ‘word of prophecy’ spoken to me at the conference. Worship that is charismatic and fully liturgical and sacramental – that sounds like something being stitched by a heavenly tailor for me.

I came across this in the church library the other day, and as I am starting to pursue an exploration of charismatic thinking and practice, it seemed remarkably heaven sent. I found it to be a very interesting book, and a reassuring one, although a little dated in some ways (it was written in 1985). David Pytches is one of the founding figures of Charismatic Spirituality in the UK, being particularly involved in New Wine. I’m attending a New Wine conference next April in Harrogate, which should be illuminating.

Things I liked about it: first and foremost, the theological grounding for expecting ‘signs and wonders’ as a normal and routine part of apostolic ministry. I’m persuaded of this, and I suspect this is the most important thing I need to digest. I also liked the way in which the exercise of a healing ministry (for example) was separated off from any sense of controlling the outcome or feeding the ego of the minister (one of the things that had always steered me away from charismatic spirituality).

There were two things I didn’t like. The first was a sense of spiritual confinement, in that prophecy, for example, is a much larger and more dynamic gifting than is expressed in Paul’s letters – but Paul’s letters seemed to set the parameters for the exercise of that gift. This seemed sub-biblical; bizarrely, I would want to enlarge the active role of God beyond what was argued for here. The other element which seemed wrong was the lumping together of other faiths with a general sense of the demonic. I am not persuaded that, for example, the practice of yoga is Satanic; indeed I would argue quite strenuously for the opposite – that this sort of opposition to yoga is Satanic, in that it is embedded in skandalon and the taking of offence.

Yet those criticisms are not central to the book. I’d recommend it as a first step – it has certainly helped me.