I’ve been tagged by John and Doug on this.

Rules:
1. Name the five books (or scholars) that had the most immediate and lasting influence on how you read the Bible. Note that these need not be your five favorite books, or even the five with which you most strongly agree. Instead, I want to know what five books have permanently changed the way you think.
2. Tag five others.

1. John Ashton, not so much for his magnum opus as for the fact that he was my principal NT teacher, who introduced me to all the basics (form criticism, Bultmann, Sanders etc), and is therefore foundational to how I think about the study of Scripture. A good bloke too.
2. Fundamentalism, James Barr. Contemporaneously with the first, reading this was an eye-opening experience for someone who thought that the only way to read the Bible faithfully was through a fundamentalist perspective.
3. Andrew Mein, who recognised my Marcionite tendencies and took me in hand whilst at Westcott. Introduced me to some fairly important ideas, eg the Deuteronomistic history, and also got me to read Brueggemann’s Prophetic Imagination (and the rest is history). Another nice bloke – although he’s crap at Risk 😉
4. James Alison, Faith Beyond Resentment. Was given this by a friend around five years ago and found it utterly fascinating, introduced me to Girardian ways of interpreting Scripture although I think there is more to Alison than simply a representation of Girard. The last chapter blew my mind; not sure the pieces have all been put back together yet.
5. Margaret Barker, Temple Theology who I was switched on to via another of Alison’s books, and who I am only now starting to explore properly (excitingly, she’s a speaker at Greenbelt this year), but I’m finding everything about it fascinating (even if it undermines some of my ideas about worship!). 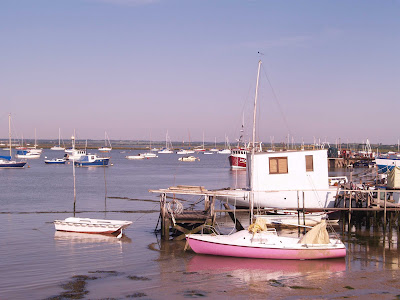 You copy the list and put an x for the ones that you have read.
Average is 6 out of this 100, according to the BBC… 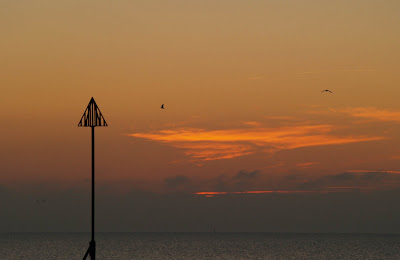 Byron tagged me with this meme, which was nice, because I never get tagged 🙁

As it happens, I have Kim Paffenroth‘s ‘Gospel of the Living Dead’ next to my elbow. So the relevant text is:

Out in the streets, a further setback for the human survivors is that the electrified fence is still turned on, and therefore they cannot escape out of the city, making Riley’s earlier observation of the fence all the more prescient and chilling: “I can’t help but think we’re all locked in.” We see a crowd of people trapped at the fence, with zombies closing in on them. Riley anticipates this problem, and as he drives Dead Reckoning towards the fence, he shoots off fireworks to try and save the trapped people, but now it is to no avail, as the zombies are no longer distracted by them.

It’s from a synopsis of 2005’s ‘Land of the Dead’ – but I haven’t got to that point in my re-watching yet (though I have seen the film a couple of times).

Steve put me onto this list from the Guardian, which is a little odd:

The ones in red I haven’t read(!), the last two are in blue because I possess copies but haven’t read them yet. I have no intention of reading Paolo Coelho tho’ that may just be prejudice on my part. Yet the list is quite strange in many ways. They have Bulgakov and Solzenhitsyn but no Tolstoy or Dostoyevsky. They have Sebold but not Grass. Lots of Dickens but only one Austen, Harper Lee but no Cormac McCarthy. What would be on your list?

Not because he’s an atheist, but because he completely misreads Tolkien: “No-one is in any doubt about what’s good or bad; everyone knows where the good is, and what to do about the bad. Enormous as it is, TLOTR is consequently trivial.”

Lots of really interesting stuff in the interview, which is on one of my favourite blogsites.

And for the record, I really enjoyed ‘His Dark Materials’, I’d be quite happy for my children to read them in due course, and I have a quotation from Pullman stuck on the side of my computer box so that I can ponder it every day. I just think he’s got rather a significant blind spot.

A book I picked up at Greenbelt because it appealed to some of my core interests! In the end I was just a little disappointed, principally because I agreed with him so much, and didn’t learn as much as I had hoped. But he has a blog here which I shall now read with great interest.

By the way, I also read four ‘Dune’ books, as I am working my way through them, but I don’t think I’ll do a further review until I’ve finished the whole sequence. I’m also half way through ‘What are people for’ by Wendell Berry, and ‘Torture and Eucharist’ by Cavanaugh – both of which are extremely good, so they will each get their own post before long.

You can tell it is my day off, and that I have relaxed a bit. I’m catching up on my blogroll, and Revd Dr Leander Harding has listed the ten books that have most influenced him. I thought I’d make a list – with the caveat that it may be revised in time. These are in date order of my reading them.

1. The Chronicles of Thomas Covenant the Unbeliever, by Stephen Donaldson. Read this when I was about 14, and have continued to return to it over the years. Some amazing set pieces, and the second sequence in particular has some marvellous theology in it. The way in which ‘poison’ is overcome means quite a lot to me, as does the understanding of the ‘unfettered’. I read quite a lot of fantasy/sf – honourable mentions should also be given to Dune and the Foundation sequence.

2. Relating, by Liz Greene. Actually a work of astrology, from when I was very interested in it, but written from the perspective of Jungian psychotherapy. I think I absorbed a lot of the therapeutic insights from her writing, even if I now see spiritual problems with the astrological side (it is antipathetic to prayer).

3. Zen and the Art of Motorcycle Maintenance, by Robert Pirsig. Huge influence on the way that I think about the world, along with the sequel ‘Lila’. Read this shortly before travelling around the United States for three months in my ‘gap year’, which gave me a lot of time to move my thinking forward. Probably did more than any other single book to undermine my atheism (which is rather ironic, really). Another book I return to on a regular basis.

4. The Road to Serfdom, by Friedrick Hayek. Another book I read either at the end of school or in my gap year, which crystallised a lot of my beliefs about politics. I’ve become more pragmatic over time, but this still expresses my gut instincts.

5. Honest to God, by John Robinson. Read in my first year at Oxford, and probably did as much as anything else to shift my understanding of Christianity away from fundamentalism. I would disagree with much in it now, but it opened a lot of doors for me (in concert with the tuition that I was then receiving!). Should also metnion The Cost of Discipleship, by Dietrich Bonhoeffer which Robinson led me to.

6. Theology after Wittgenstein, by Fergus Kerr. Read this in my last year at University, following a tip from Professor Keith Ward. Opened up philosophy for me again, when I had pretty much given up on it – a seam which I have continued to mine ever since. Should also mention After Virtue, by Alasdair MacIntyre.

7. The Sandman sequence, by Neil Gaiman. Catalysed a lot of thinking about narrative, and the role that narrative plays in the construction of our world. I read this when I was working in London in the mid to late nineties. I still re-read it every so often with great pleasure.

8. Power, Gender and Christian Mysticism, by Grace Jantzen. Read this in the late nineties when I was doing my MA at Heythrop. This stands for all that I learnt there, particularly the way in which Christian Mysticism has been profoundly misinterpreted by post-Enlightenment thinking. Should also mention Denys Turner’s The Darkness of God.

9. Descartes’ Error, by Antonio Damasio. Read this when I began my abortive PhD at Cambridge, which was exploring the Philosophy of Mind, and it opened up a fertile link between reason and emotion. Again, this book has to stand for a particular period of time. Should also mention Martha Nussbaum’s The Fragility of Goodness.

10. Faith Beyond Resentment, James Alison. This has been the biggest influence of the last year or so, introducing me to Rene Girard and mimesis. I find his whole approach tremendously exciting and spiritually liberating, it challenges me to become a better Christian.

What’s interesting about making a list like this is what gets left out. But this will do for now.