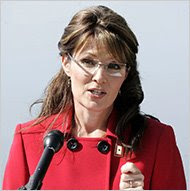 The other day my therapist told me I was “different”. Obviously everyone is different, and he did say – reassuringly explicitly – that I wasn’t “different” in the sense of being dysfunctional (along the lines of, eg, crack addicts or something like that); another thing that my therapist said is that I’m not someone who needs therapy, I just want to grow as a person. It put me in mind of a comment from a friend in church about the recent unpleasantness in the parish (on which topic I might write something before too long – in brief, as it is no longer in any way a secret, I asked the Director of Music here to retire) who wrote to me – objecting to what I’d done – but did so in a really nice way, listing my various eccentricities, such as growing a ponytail and taking a service whilst wearing a Hawaiian shirt. That’s what the therapist had in mind – I’m an eccentric. Which is fine, I probably am.

I think that one of the reasons why people find me a bit eccentric is that, to borrow the cliche, I march to the sound of a different drum. I would say (I would wouldn’t I?) that I’m trying, more or less successfully, to follow what God is telling me to do, and that, inevitably, leads to conflict with the consensus of a particular community – any community. I also suspect that I’m keener on the truth – possibly to a pathological degree – than is comfortable for most people. (I should add that sometimes my pursuit of truth is a tilting at windmills; one example would be the 9/11 truth movement which I spent some time having sympathy for, but mostly don’t any more. Thing is, having explored the issue in a great deal of depth I end up in a place which is much more solidly grounded than before, even if where I end up is basically where conventional opinion is – to leave a place and return and know it for the first time – but that’s what happens when you grow.)

So, all that is by way of preamble, and why I mention it is because of all the crap that is being hurled at Palin over her decision to resign from being Governor – which is, of course, not much changed from all the crap that has been sent her way for most of the last year. She is marching to the sound of her own drum, she is an independent eccentric and it scares the willies out of conventional consensus opinion – because she has the capacity to be a game changer. First they ignore you, then they laugh at you, then they fight you, then you win.

She said “Energy independence and national security, fiscal restraint, smaller government, and local control have been my priorities and will remain my priorities.” That’s a genuinely conservative statement of principles – and a statement of genuinely conservative principles which I’d support. In the context of the utter FUBAR of Obama’s economic policies I can well imagine her becoming the head of a revolutionary movement that takes her into higher reaches of power, not least given the three years of mounting disaster that the US will endure in the meantime. But maybe that’s just me tilting at windmills again.

Anyhow, I recognise, respect and admire her independence of character. Even if she never runs for political office again (and I wouldn’t blame her for making that decision): Go Sarah! 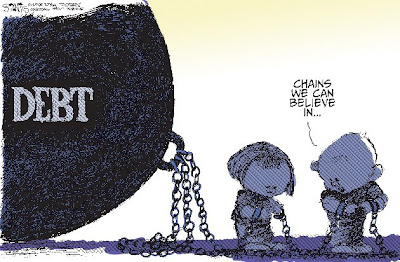 First, the really good: opening up to Cuba, which is putting right decades of malfeasance. (Though I should add I think that the US has more to gain from Cuba than otherwise.)

Second, the really mixed: his approach to the torture memos and so on. Closing Guantanomo (or at least _promising_ to!) – that’s good. Saying the army can’t torture people, that’s good. Getting into political triangulation about ‘it was wrong but we won’t prosecute’ – and _without_ a truth and reconciliation process either – that’s crap. It’s an issue of principle, you’re either on the side of the angels or you’re not. I suspect he’s not (ie he’s a politician to the core – doh!)

Third, the really bad: everything related to the capturing of economic policy by the Wall Street insiders who got us into this mess. I’d really love Obama to come out soon and say ‘hey, this is not right, we need draw some lines in the sand’ (= make Goldman Sachs bankrupt). Sadly, I am less and less expectant that he will. Which means that the really historic realignment of the US will fall to his successor (and I still think it possible that it will be Palin [grin].)

Al keeps asking when I’m going to write a defence of my pro-Palin views. Fortunately someone else has articulated it. 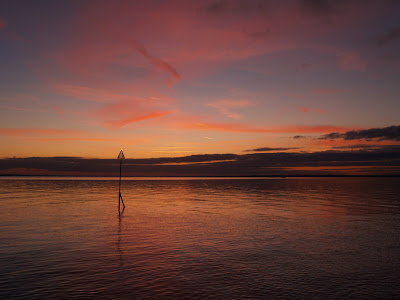 Conservative snobs are wrong about Palin. Presumably the liberal ones are too. 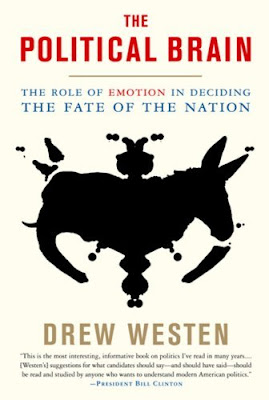 Very stimulating application of contemporary research into the emotions (something I’ve had a long standing interest in – see, eg, here) to the political sphere in the United States. I particularly enjoyed the dissection of the Gore-Bush debates, and the plausible explanation of why Bush “won”. Clearly a big influence on the Obama campaign – let’s hope that Palin reads it too, although she seems to be a natural at most of it. Highly recommended.

Last, that is, until after the results are in, as I want to get back to some conversations on atheism (I’ve just finished Dawkins’ God Delusion, and I want to review that and one of Stephen Law’s books).

That excellent blogger Doug Chaplin wonders why I can be a Palin fan. This was my comment answer:

“I think there are two main elements to the differing judgements, one being that the basic facts are not agreed on, and the second being that the values given to those facts are different. I see Palin’s record in Alaska as being strongly positive – not perfect, but really pretty good. See here for a list (a partisan source, but it seems reasonable to me).

Summing her record up with the politically-biased ethics investigation or the bridge to nowhere process misses what I see as the most important part, ie running as an outsider against a corrupt establishment (note: something which Obama signally failed to do when he had the opportunity).

So I don’t want to say she’s perfection by any means, but I can’t get my head around the allegation that she is either a) a lightweight incompetent or b) a malicious fundamentalist ideologue. She doesn’t seem to be either of those things to me (see, eg the position she took on benefits for gay partners). What she does seem to me to be is an outsider who is unafraid of taking on vested interests (those vested interests now being some of her enemies in Alaska with control over the ethics investigation). She’s not flawless – but then I don’t expect anyone other than Jesus to be flawless, certainly not a politician – and on the whole I think she’s a good thing. Assuming Obama wins this one, I fully expect her to be the 2012 Republican candidate, I think she’ll probably win, and I think she’d be a good thing. On the whole.”

Firstly, something via Kyle: 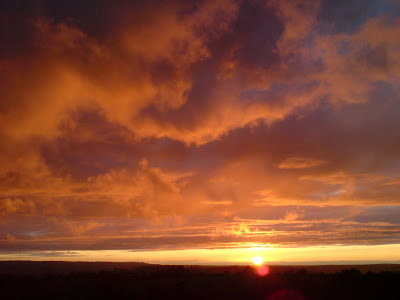 I find Paglia one of the most interesting writers around.

“One of the most idiotic allegations batting around out there among urban media insiders is that Palin is “dumb.” Are they kidding? What level of stupidity is now par for the course in those musty circles? (The value of Ivy League degrees, like sub-prime mortgages, has certainly been plummeting. As a Yale Ph.D., I have a perfect right to my scorn.) People who can’t see how smart Palin is are trapped in their own narrow parochialism — the tedious, hackneyed forms of their upper-middle-class syntax and vocabulary.”

Very interesting course this week – the picture above was taken with my camera-phone from my bedroom window – but can’t really talk about it on the blog, sorry.

It’s also been very good for me to have been away from computer and media for three days (tho’ I did take my laptop and watched some old BSG episodes) – I actually feel more spiritually refreshed from this time away than I did from my retreat.

McCain seems to have completely lost it electorally (which means my prediction was completely wrong!) and that’s fair enough. If Obama wins I shall wish him the very best of luck. But…

So really it was all Bill Clinton’s fault!

Victor Davis Hanson on what is wisdom. (Which I read a while back, and was partly behind my latest Palin post, but so too was my several years experience advising politicians.)

“Palin herself had worked only in politics since leaving her sportscasting job some 16 years earlier, and by picking up a crusade against the state’s most powerful political figures, she stood an extremely good chance of burying her promising political future for good. But she was willing to walk away from all of that at age 40 to do the right thing. If you can picture Barack Obama doing that, you have a very vivid imagination.” 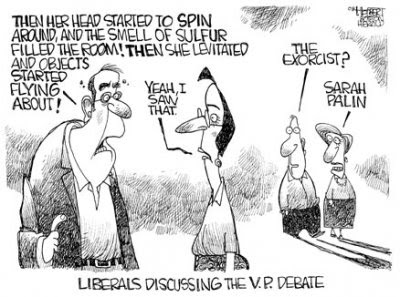 There’s still a bit of me that wonders about the fourth turning, and whether McCain might be the grey champion (might end up being Al Gore of course, or someone else completely – Jimmy Carter?).